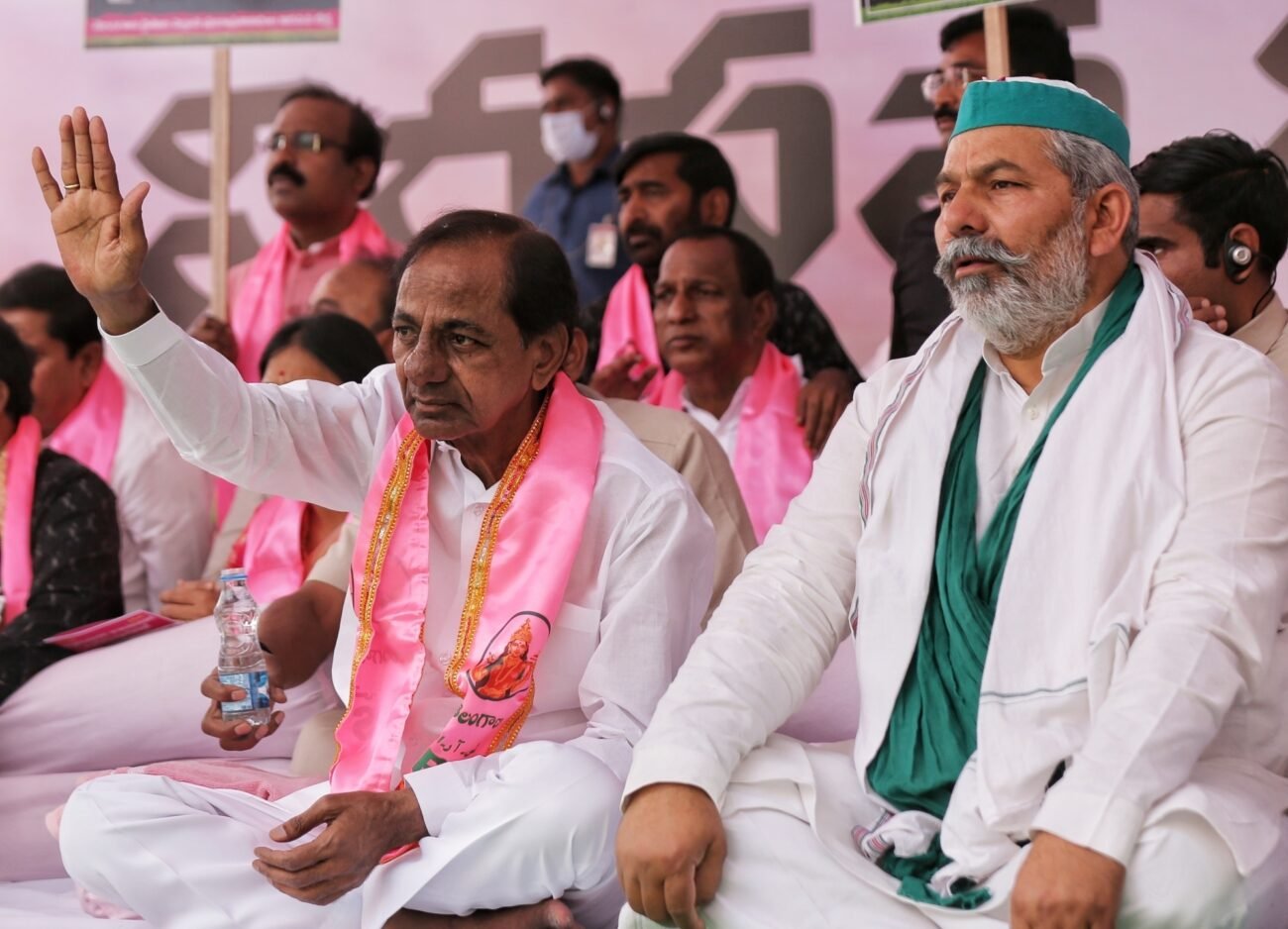 NEW DELHI (IANS) – Telangana Chief Minister K. Chandrasekhar Rao on April 11 led the State Cabinet on a protest in the national capital, demanding the Centre to procure entire paddy from the state during ongoing Rabi season.

The chief minister set a 24-hour deadline before the Centre to take a decision on the state’s demand.

KCR, as Rao is popularly known, cautioned the Centre that if it failed to respond to the demand, the Telangana Rashtra Samithi (TRS) government will chalk it’s next course of action.

He reiterated the demand that the Centre announce a uniform food grains procurement policy for the entire country.

TRS MPs, state legislators, other public representatives and party leaders participated in the protest, the first such protest by TRS in the national capital on paddy issue.

KCR alleged that the Centre is adopting discriminatory policy towards Telangana.

He reminded Modi government that no government could save itself after inviting the wrath of farmers.

KCR’s daughter and TRS legislator K. Kavitha has said that BJP has 24 hours. She said the Centre must make its intent very clear – will they discontinue their partial paddy procurement policy or not?

“We will fight until justice is done,” she said.

Stating that Modi government seems to have underestimated the power of farmers, Kavitha said the TRS will continue to fight until Centre opts for a fair-play in the paddy procurement policy.

“The next time, it’ll be us with our farmers on the roads of Delhi. Farmers across India are not even getting the basic cost of their harvest, this cruel Government has no sympathy for farmers,” she said demanding One Nation One Procurement Policy for all farmers.