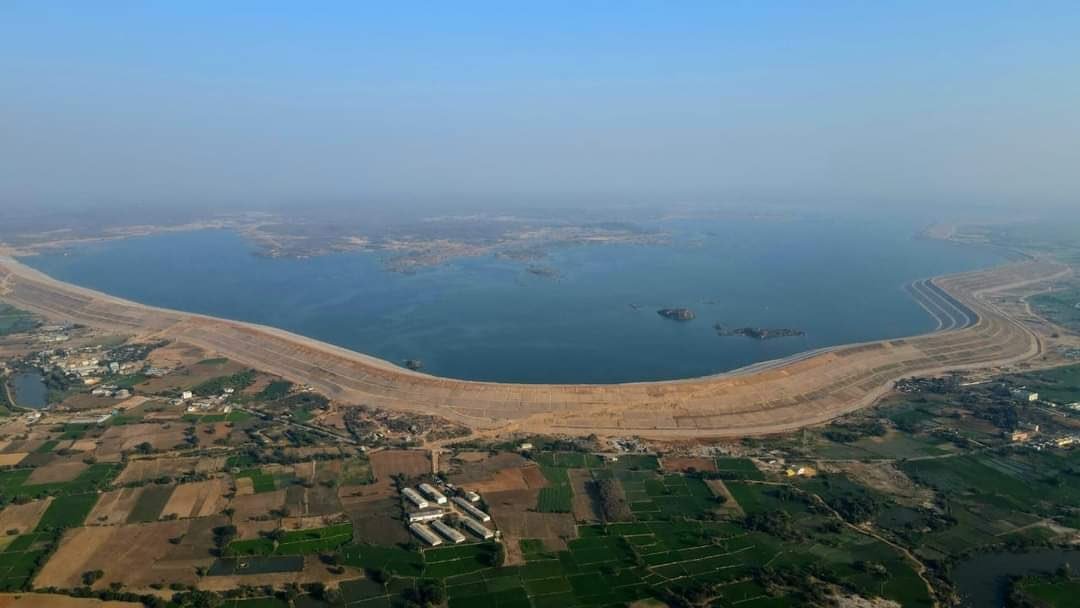 HYDERABAD (IANS) – Mallanna Sagar, said to be the biggest artificial reservoir in India, was dedicated to the nation by chief minister K. Chandrasekhar Rao on Feb.23.

Termed as “mother” of all reservoirs, the 50 TMCft capacity reservoir is a key component of Kaleshwaram Project, world’s largest lift irrigation project built by the state across the Godavari river.

The centrally located reservoir will irrigate 11.29 lakh acres in 10 districts and also cater to drinking water and industrial needs of Hyderabad and surrounding districts.

According to irrigation officers, Mallanna Sagar is the biggest artificial reservoir in the country, which will be filled entirely by lifting water from other sources and not with water received from its self-catchment area.

He called it a historic moment in the agriculture history of the state and a dream come true for people of the state. He said the government completed the work despite all the hurdles created by certain “evil forces” by filing about 600 court cases.

The chief minister also announced that a world-class irrigation complex will be built on 100 acres of land at Mallanna Sagar reservoir to train the engineers.

He also directed the officials to develop Mallanna Sagar area as a tourism place and a centre of destination weddings.

KCR, as the chief minister is popularly known, recalled that 58,000 workers from 14 states worked on the reservoir.

Considered an engineering marvel, Mallanna Sagar has been built at a cost of Rs 6,805 crore Full Reservoir Level (FRL) of the reservoir is 557 meters.

The reservoir built at over 600 meters above sea level and with a depth of 557 meters, is part of Kaleshwaram Project, which has been built at a cost of over Rs 1 lakh crore.

The completion of Mallanna Sagar marks a major milestone in the Kaleshwaram project. With this, all the online reservoirs on the main trunk of the project have been completed. This is the second largest storage reservoir in Godavari river basin after Sriramsagar.

Speaking on the occasion, KCR said the reservoir will be filled in three phases. Out of eight pumps (43 MW each) installed at the reservoir, six are discharging 6,600 cusecs (0.66 tmcft/day) into Mallanna Sagar reservoir.

The government had acquired 17,871 acres of land for the project. KCR promised to take care of all the oustees and ensure employment opportunities for their children.

He said he was happy to inaugurate the reservoir as it has always been his dream to transform Telangana into a prosperous and fertile land. He recalled how Telangana was an arid region notorious for the suicides of farmers and migration and pointed out that it has now transformed into prosperous state with availability of water and 24-hour electricity supply.

He thanked engineers, workers and all those who ensured completion of the project in three years.

KCR said Mallanna Sagar will not only irrigate lands in Siddipet and other districts but will quench the thirst of Hyderabad.