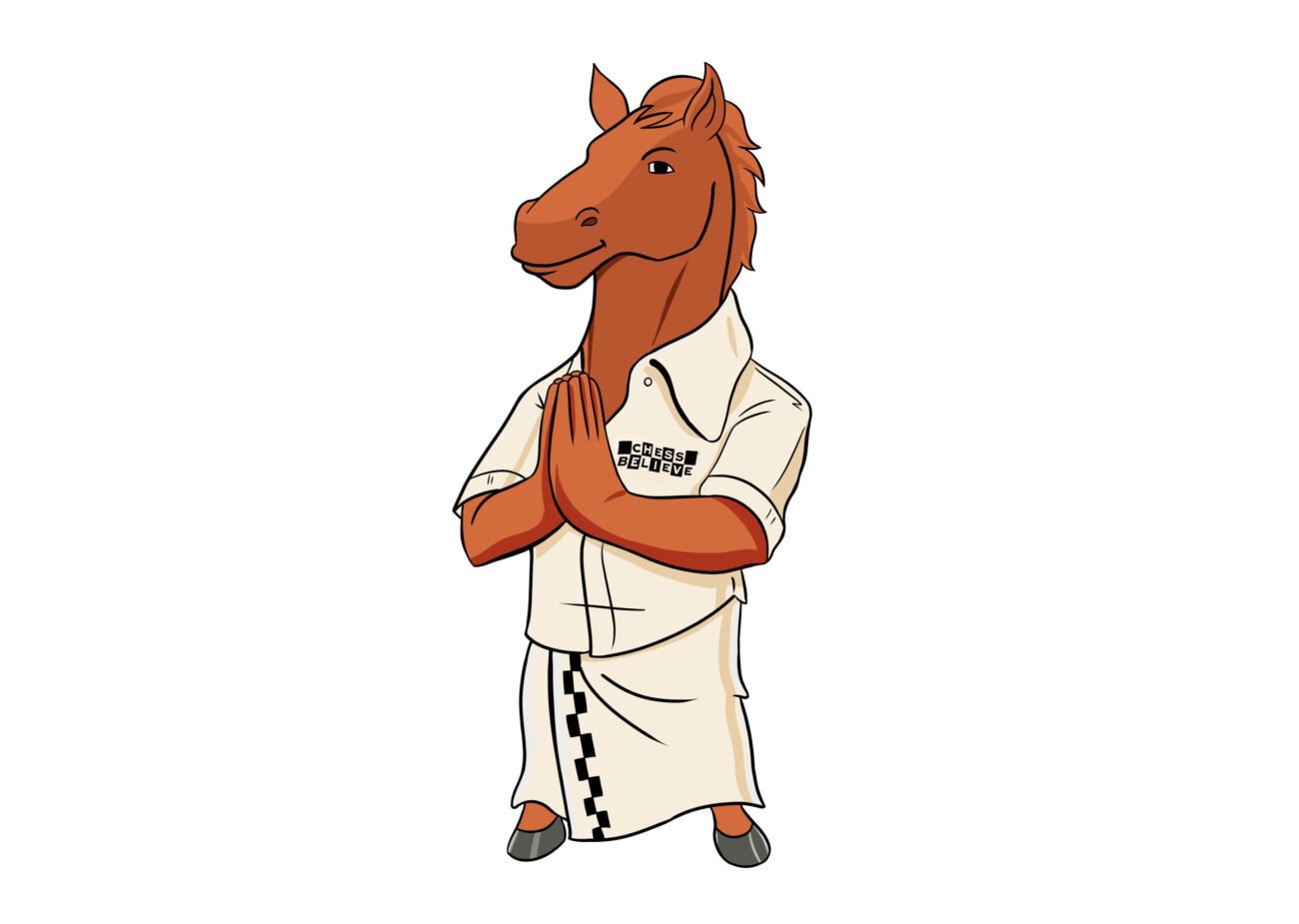 CHENNAI, (IANS) – A chess knight wearing a white shirt and dhoti, standing with folded hands welcoming the players and officials for the 44th Chess Olympiad is the mascot for the mega chess event.

The mascot named ‘Thambi’ or younger brother in Tamil, the language of Tamil Nadu, where the Olympiad is hosted was launched by Chief Minister M.K.Stalin on late June 10.

The dhoti has white and black checked border, and the shirt sports the words ‘Believe Chess’.

According to All India Chess Federation, a record 343 teams in open and women’s sections from 187 countries across the globe have registered so far for the 44th Chess Olympiad.

India will field two teams each in open as well as women’s section.

According to the Tamil Nadu government, public awareness about the prestigious sporting event will be created by holding chess tournaments in schools and colleges across the state and publicity will be created at all places where people in large numbers gather.

Earlier it was announced that the Tamil Nadu government and the AICF will hold a design contest — logo, mascot, and tagline — for the upcoming 44th Chess Olympiad.