HomeFeaturedThanks To Xi, Nepal A Battleground of China-US Rivalry?

Thanks To Xi, Nepal A Battleground of China-US Rivalry? 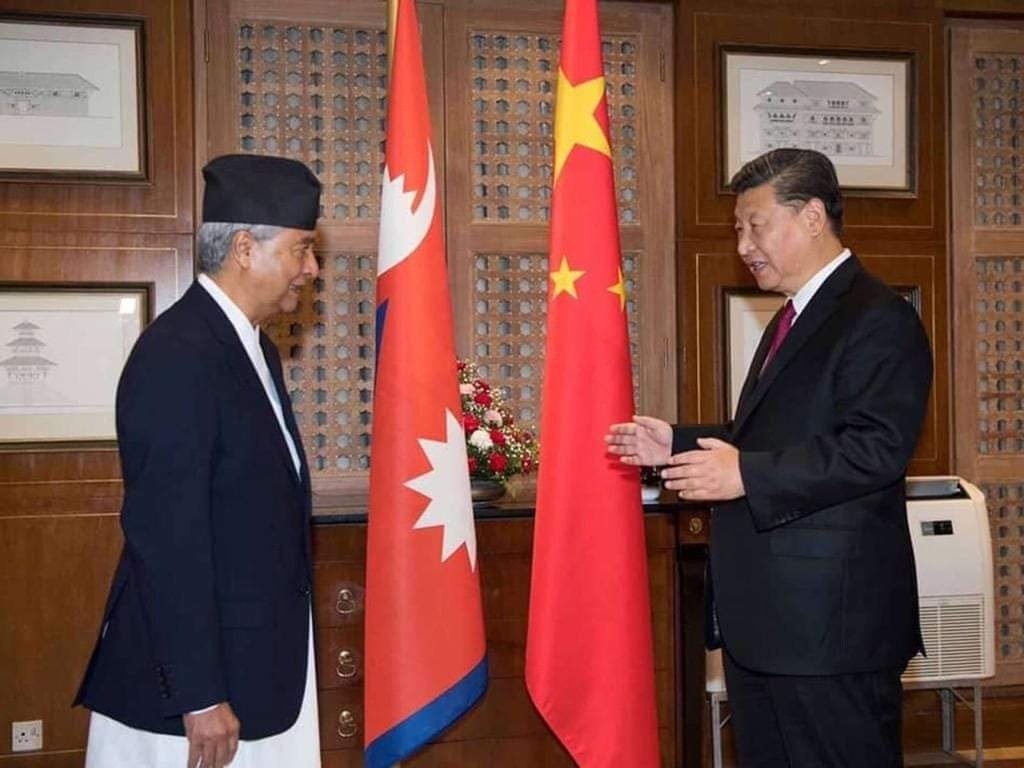 Thanks To Xi, Nepal A Battleground of China-US Rivalry?

NEW DELHI, (IANS) – As Chinese President Xi Jinping began his third five-year term as the General Secretary of Communist Party of China (CPC) on October 23, the fresh political development in the northern neighbor was also deeply observed in next-door Nepal.

According to China watchers here, the first is how China takes forward its overall neighborhood policy, including Nepal, and the second is how China battles the US in the region during Xi’s upcoming tenure.

“It was Xi who vowed to transform landlocked Nepal into a land-linked country when he visited Nepal in October 2019. However, his strategic vision could not go into implementation due to both geopolitical and domestic reasons in his last term. This time around, xi may push the same idea although he knows that India is not positive towards it,” Bhattarai said.

Of late, Nepal has witnessed growing strategic rivalry between the US and China and this trend will continue, he added. “China may become more assertive in Nepal in the coming days due to the growing influence of the West, particularly the US,” Bhattarai, who is also a former career diplomat, said.

As a result of China’s proactive engagements in Nepal during Xi’s last tenure, the US has also geared up to counter China in the South Asian nation.

Recent geopolitical events suggested that China’s reactive diplomacy put Nepal into a geopolitical quagmire as the rising power made an unsuccessful attempt to prevent the passage of the US-initiated Millennium Challenge Corporation Compact from the Nepali Parliament in February this year.

Nepal is trapped in the geopolitical and geostrategic rivalries between China and the US over the Tibetan issue, too. When Xi visited Nepal in October 2019, he told the Nepali leaders that anyone attempting to split China will be “crushed”. Xi’s comments came as Beijing had been putting pressure on Kathmandu to rein in pro-Dalai Lama Tibetans in Nepal.

Nepal shares a 1414-km border with Tibet and is home to nearly 20,000 Tibetan exiles. Every year hundreds of Tibetan refugees enter Nepal crossing the Tibetan border on their way to Dharamsala, India, to meet their spiritual leader Dalai Lama. Beijing views the Dalai Lama as a secessionist trying to split the Tibetan region from China.

Bhattarai said, “It was Xi who warned the Nepali leaders in 2019 that anyone attempting to split China will be crushed. Xi was referring to the US attempt to play the Tibetan card.”

During Xi’s visit, the two countries had elevated their bilateral ties to “strategic partnership” and signed a slew of agreements, including a plan to build a trans-Himalayan railway line under the ambitious Belt and Road Initiative. However, Nepal has, of late, reluctantly conveyed to China that it wants only grants under BRI, not commercial loans.

Despite Nepal’s reluctance to execute projects under the BRI owing to debt-trap fear, China has kept asking Nepal to finalize railroad-connectivity projects. However, not a single project has been selected in Nepal yet.

“It is very likely that China will pursue the BRI with more vigor whereas the US and its allies may try to block the BRI projects. This may also cause unease in the South Asia region,” Yuba Nath Lamsal, a former Nepali Ambassador and foreign policy observer, said.

As Xi seeks to build a new development pattern in all sectors of China at a time when the world economy is facing headwinds, China appears to portray the Chinese economic pattern as an alternative model of development.