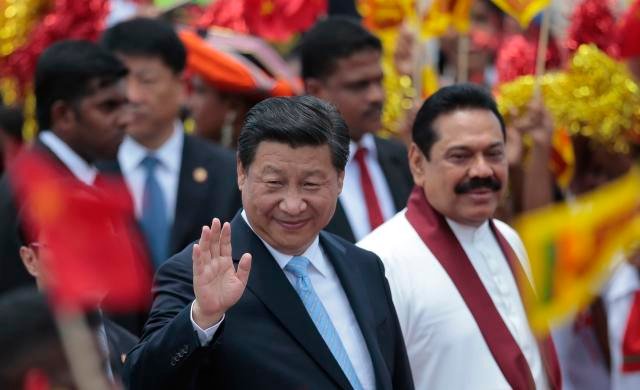 BEIJING, (ANI) – As the Sri Lankan political crisis continues to rage, China has not made any comments and this has made it evident that the ouster of the Rajapaksa family from power is set to have long-term implications for the Chinese.

In the more than half a century in which the Rajapaksas held public offices in Sri Lanka, China has been keeping mum on various issues. At the time when the Sri Lanka military was using heavy weapons against the Tamil Tigers, China did not even pass a statement of warning against attacks on civilians, reported Foreign Policy. During the worst financial crisis in the country’s living memory, foreign debt accumulated by corrupt leaders offers an easy target for political actors seeking new followers.

By engaging almost solely at the elite level of the Rajapaksas, Chinese assets in Sri Lanka are now at risk. The issue of Chinese assets is well known by Sri Lankans and has prompted serious protests before.

Even when Mexico tried to have Sri Lanka placed on the formal discussion agenda of the United Nations, China kept it off. It is also worth noting that when the Sri Lankan civil war ended with the Tamil Tigers, then President Mahinda Rajapaksa publicly thanked China for its assistance in the war.

China also trapped Sri Lanka in its debt diplomacy. Keeping in mind its fragility as a smaller country, the Chinese government cultivated relations with the Rajapaksa family by offering expensive vanity projects.

Some of the projects are Mattala Rajapaksa International Airport in southern Sri Lanka, which was principally funded by a high-interest loan from a Chinese bank and has operated at a loss since it opened, as per the media portal.

Under the Belt and Road Initiative Chinese investment skyrocketed in the island nation. Another point to notice is China’s funding of the Rajapaksas’ campaign expenditures.

In 2018, a Chinese-Sri Lankan joint venture that specialized in container shipping was forced to admit it had donated more than USD 55,000 to a charity controlled by the sister-in-law of Mahinda Rajapaksa. As Chinese ties with other Sri Lankan figures apart from the Rajapaksas are not nearly as deep, China’s position looks potentially frail.

In the immediate term, Beijing is unlikely to make any sudden moves. Sri Lanka’s priority will necessarily be the economic crisis–and it may turn to China for help there regardless of its ties to the Rajapaksas.

The Sri Lankan political upheaval presents a challenge to Beijing’s effort to change the balance of power in the Indo-Pacific in its favor.