The Extraordinary Art of MV Dhurandhar 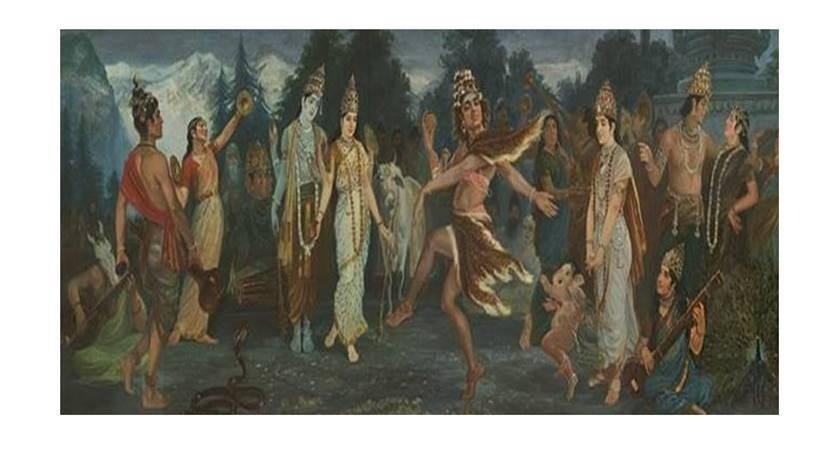 The Extraordinary Art of MV Dhurandhar

MUMBAI – “Standing in front of the huge plaster-of -paris statues of Venus de’ Medici, Apollo Belvedere, Apollo Sauroctonos, and The Discobolus I felt as if in a dream… I went round and round the statues and yet I was not satiated… Even out in the streets, I felt like one possessed and kept seeing them appear before me.”

The impact of the JJ School of Art in 1889 on MV Dhurandhar was profound. During that time, the institute was the most important art center in the country, and it was highly sought after by all emerging artists.

Old master Dhurandhar went on to become its alumnus. He perfectly combined the western academic realism idiom with Indian tradition. Dhurandhar, who was born in Kolhapur in 1867, became interested in art while still in school and enrolled in art school in 1890.

Dhurandhar’s talent was immediately recognized by the school’s principal, John Griffiths, who also chose him to participate in a project to capture panoramic views of the Ajanta Caves. He received a British Government Award in 1892 while still a student for a painting titled ‘Women At Work.’ He was also heavily influenced by the works of the legendary Raja Ravi Varma.

Another significant milestone in his artistic career occurred when he received a gold medal at the Bombay Art Society annual exhibition for one of his works titled ‘Do You Come Lakshmi?’

This cemented his reputation as an exceptional artist, and his popularity grew among the society’s affluent members.

The artist is most well-known for his mythological works. He created an oeuvre of works depicting fables, scenes, and characters by drawing on the rich treasure trove of Indian history and mythology.

One such extraordinary work, depicting a congregation of Hindu deities, was completed in 1924. Vishnu and Laxmi, who stand behind Lord Shiva, are admiring him as he performs the Tava. An infant Ganesha and his mother, goddess Parvati, are also joyfully observing his father.

Saraswati, the goddess of knowledge, music, art, speech, wisdom, and learning, is depicted on the far right. His technical mastery over figurative imagery as well as landscapes is demonstrated by the alluring depiction of the surrounding landscape and the unique expressions of each deity.

Dhurandhar created thousands of paintings and illustrations over the course of his career. Working in a variety of mediums and styles such as portraits, landscapes, figurative compositions, watercolour paintings, and murals. He also created artwork for oleographs, book covers, illustrations, and advertisements.

His work was particularly sought after to illustrate books about India. He illustrated Otto Rothfeld’s Women of India (1920), Percival and Olivia Strip’s The Peoples of India (1944), and S M Edwardes’s By-Ways of Bombay (1912). His work has also been used to create postcards depicting various occupations in India.

Even as we commemorate MV Dhurandhar’s 155th birthday this year, his glorious oeuvre continues to inspire artists of all generations.