HomeEntertainmentTelevisionThe Great Chasm: 5 Differences Between Web Series In 2020 and 2021 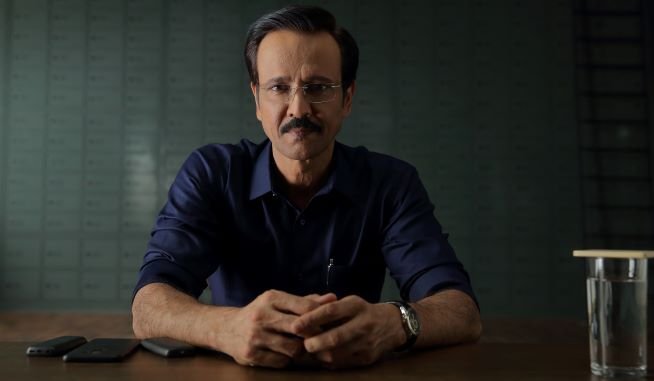 MUMBAI—A quarter of the new year is almost past, and the scenario about web series in 2020 versus this year cannot be more startling and even disturbing. What became our entertainment source last year (unceasing web series across all genres, though chiefly crime) has now become a sporadically qualitative ball-game for viewers.

1) Last year, the web series, despite starting out a few years earlier, was made with a missionary objective: a new source of entertainment, a new platform for new or existing talent, a new medium that had to fight, face and survive amidst the big-screen (then affected by the pandemic) and television. This made for quality stuff across genres that was lapped up by audiences—a plethora of shows including the musical “Bandish Bandits,” “Scam 1992,” “Aashram,” “Undekhi,” and many more. The palette was a burst of diverse colors. And yes, there was virtually a minimum one new show every week.

This year, the only two shows of real substance have been “Criminal Justice 2: Behind Closed Doors” and “Sandwiched Forever.” “Shrikant Bashir” was too long at 26 episodes and was just alright. “Qubool Hai 2.0” began well, but…!

2) Quantity-wise, too, thus, the number of shows this year have been far less, and the good ones even lesser in proportion. It seems that these makers are confused after so much success instead of getting the clarity that anything good, original or adapted, works.

3) The incipient supervisory role of the government after excesses in “Tandav” (its second season has been axed), the justified protest against “Bombay Begums” by a National Children’s Forum and the troubles faced in the making of “Family Man 2” all point out to what this writer has been pointing out at for long: that a series should control—rigorously—the excess expletives and sleaze and some really depraved action, as seen in “Paatal Lok,” “Hello Mini” or “Mirzapur” and even in many of the better series that may have had sufficient virtues to overcome their presence. Quite simply, we can do without them.

The myth that foreign audiences like such deviance and crassness must be smashed. Mainstream Indian sensibilities should be catered to for all time.

A big-name recently scoffed at the proposed governmental controls and opined that now they can only make children’s series—clearly, the mind is willfully blind, dumb and deaf, besides being more stubborn than a mule! And like most of his ilk, he has invited trouble on himself!

4) The “sequel” epidemic has hit the series scene already, unlike in cinema where it took a long while. “Cliffhangers,” most of them irritating or clumsy, have been the bane of shows of late, and very few shows, like “Aarya,” have been classy about it. Audiences are expected to wait (at least a year or two!) until the sequel, if at all, is conceptualized, shot and released!

“Qubool Hai 2.0” and “Chakravyuh” have seen the most obnoxious ends yet. As Neeraj Pandey put it after making “Special Ops” last year, “A second season or sequel is fine, but you cannot cheat the audience. Your story MUST be complete in itself.” No wonder we feel relieved when some series have no scope for Season 2 when we come to the climax / finale. But this is a major deterrent to quality as we do not know how many seasons the makers are (over-optimistically) looking at—somehow!

5) Perceptions are dicey things. We now have follow-up seasons to “Fabulous Lives of Bollywood Wives,” “She,” “100,” “Hello Mini” and some other abominable series being planned despite the poor response to season 1. Happily, we are getting sequels to some good series as well and hopefully, new good stuff will come in. But as of now, there is a deep chasm between our entertainment associates in 2020 and what we have been getting this year. And sequels to “Aarya,” “Aashram,” “The Family Man,” “Asur” and so on will hopefully be just one part of the future that will see us watch great shows again.