The Iraqi Saint Revered By Kashmiri Muslims And Pandits 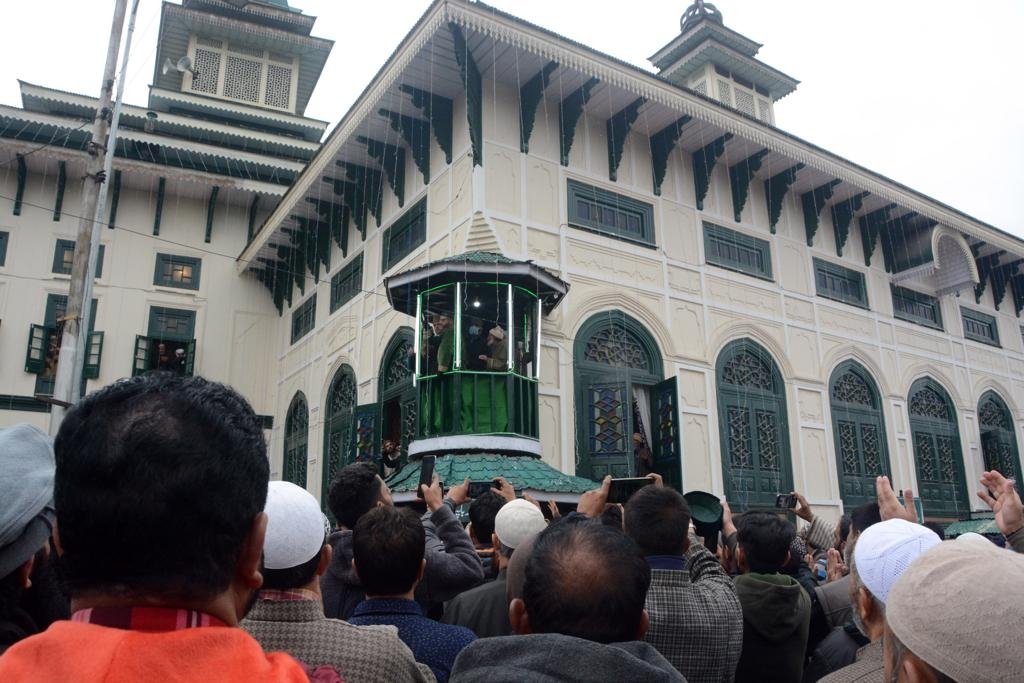 The Iraqi Saint Revered By Kashmiri Muslims And Pandits

The huge gathering of devotees at the annual Urs of Peer Dastgeer in Khanyar locality of Srinagar city this week shows the centuries-old connect between Kashmir and Sufism is unbroken and intact.

The only Sufi saint who never visited Kashmir, but is so highly revered here, Syed Abdul Qadir Jeelani belonged to Iraq. The saint’s mausoleum is in Baghdad, but strangely, the saint is less known in his native land than he is in far off Kashmir.

Peer Dastgeer is part of the eclectic culture and mutual faith between the local Muslims and the Kashmiri Pandits.

Local Pandits call the saint ‘Kahnoye’ and never would a local Hindu visit the Mata Sharika’s temple atop the ‘Hari Parbat’ hillock in old city Srinagar and not pay obeisance at the Peer Dastgeer’s shrine the same day. Kashmiris across the religious divide have been seeking the saint’s blessings since centuries.

The saint’s Holy relic (believed to be a hair of the saint’s beard) is displayed to the devotees on the annual Urs. The moment the ‘Deedar’ (Display of Holy Relic) starts, the huge gathering of devotees breaks into a rapture.

Born in 1075 in Gilan Province of Iraq, the saint was famous for his exceptional ability to reconcile the mystical nature of Sufism with the sober demands of the Islamic Law.

The Indian National Trust for Art and Cultural Heritage Jammu and Kashmir chapter, said, “An Afghan traveler on a visit to Kashmir presented the then governor of the state, with the holy relic which was deposited with Syed Buzargh Shah, a prominent qadri order sufi of that time. A shrine was constructed at Khanyar in 1806 A.D.

The shrine was gutted in a mysterious blaze on June 25, 2012. The Holy Relic remained safe as it was kept in a fire-proof chest. The building was reconstructed exactly as it had been because the INTACH had a digital map of the shrine which was given to the government.