The Life And Cinema Of V. Shantaram 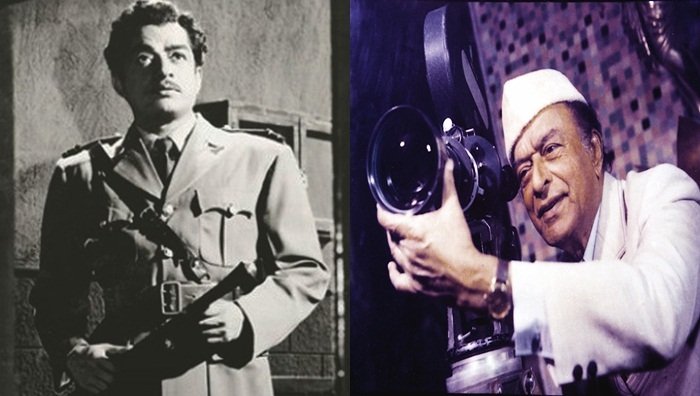 The Life And Cinema Of V. Shantaram

Cinema can be a powerful medium for social transformation, and no one gauged it better than the legendary V. Shantaram who used his memorable films to attack the malaise of untouchability and caste, forced marriages of young women to (rich) old men, dowry, communalism, and regionalism, as well as to humanize policemen, prostitutes, and convicts.

And he was not deterred when any of his courageous films ran afoul of vested interests.

When his “Apna Desh (Hindi)/Nam Nadu (Tamil)” (1949), an eloquent appeal against the deepening fault-lines threatening to destabilize the newly independent country, faced an ill-informed and easily-swayed public and a malicious media campaign, there were powerful backers to ensure it faced no problems. These were no less than Sardar Vallabhbhai Patel and Morarji Desai, the then home ministers of India and Bombay state, his daughter recounted in his autobiography.

Far ahead of his times but constantly re-inventing himself, Shantaram Rajaram Vankudre, or V. Shantaram as he was popularly known, was a pioneer of not only path-breaking films in Marathi and Hindi, but the Indian film industry itself, seeing its journey from silent to “talkies”, from black and white to color, from depicting mythology and historical episodes to reflect the immense diversity of contemporary life and society and the infinite spectrum of the human imagination.

Born on November 18 in 1901 in the then princely state of Kolhapur, he started his film career in 1920 by doing odd jobs on sets of the Maharashtra Film Company but came to the forefront when drafted at the last minute to portray Lord Vishnu at “Surekha Haran”.

That started his epic journey. Directing his first film “Netaji Palkar” in 1927, he founded the Prabhat Film Company in Pune along with his friends in 1929 which produced the first Marathi film “Ayodhyecha Raja” in 1932 under his direction.

Under his direction, Prabhat Films went on to make “Maya Machindra”, “Sairandhri” — India’s first color film, processed and printed in Germany, “Amrit Manthan” about a reformist king who bans the sacrifice of animals and humans in his kingdom and the first Indian film to celebrate a silver jubilee!, “Sant Tukaram” “Kunku”/ “Duniya Na Mane” about a forced marriage between an elderly man and a teenage woman, and “Aadmi (Hindi)/ Manoos(Marathi)” about a doomed love affair between a police constable and a prostitute.

Before leaving Prabhat in 1942 to set up his own “Rajkamal Kalamandir”, Shantaram made “Shejari (Marathi)/Padosi(Hindi)” about how outsiders stir up trouble between peacefully-living communities for their vested interests – and noted for actor Mazhar Khan playing the role of Pandit and Gajanan Jagirdar playing Mirza.

Prabhat did not long survive Shantaram’s exit and was soon wound up – with its Pune premises now playing host to the Film and Television Institute of India.

In Rajkamal, Shantaram’s first film was “Shakuntala” – where its Lucknow scriptwriter led to Raja Dushyant, the heroine, Narada and Rishi Vishwamitra declaiming in chaste Urdu!, “Dr. Kotnis Ki Amar Kahani”, “Dahej” (which Prithviraj Kapoor was prevailed to do for only Rs 10,000 against his usual Rs 75,000 fee and established Lalita Pawar as the wicked mother-in-law), “Teen Batti Char Raasta” (which mirrored the situation in Shantaram’s own multi-cultural family).

But what makes Shantaram immortal is the immaculately-crafted and colourful but dream-like “Jhanak Jhanak Payal Baaje”, with its choreographed dances and mesmerizing music, the path-breaking “Do Aankhen Barah Haath” about crime, duty and redemption – and the famous song “Ae malik tere bande ham”, which was adopted in schools as an hymn, and “Navrang”, which also has an ethereal quality to it, with music director C. Ramchandra at his best.

Then came “Geet Gaya Patharon Ne”, which was the debut film of Jeetendra, and while Shantaram continued to helm films down to the 1980s, they did not match the heights of these.

However, he continued to win accolades – while he won the Filmfare Award for Best Director in 1957 for “Jhanak Jhanak Payal Baje” and the President’s Silver Medal for Best Feature Film in Hindi for it in 1955 as well as the President’s Gold Medal for the All-India Best Feature Film for “Do Aankhen Barah Haath” in 1957, he was conferred the Dadasahab Phalke Award in 1985 and was posthumously awarded the Padma Vibhushan in 1992.

Meanwhile, his own life was no less film-like. Shantaram, who married thrice – before bigamy became a crime for Hindus – also underwent a spell of self-chosen separation from family, had many unappreciative mentors and double-dealing partners, faced love and its souring, and jealous rivals trying to bring him down (including by the first possible phenomenon of ‘paid news’) but remained unfazed.

He passed away in 1990, survived by all his three wives and seven children.