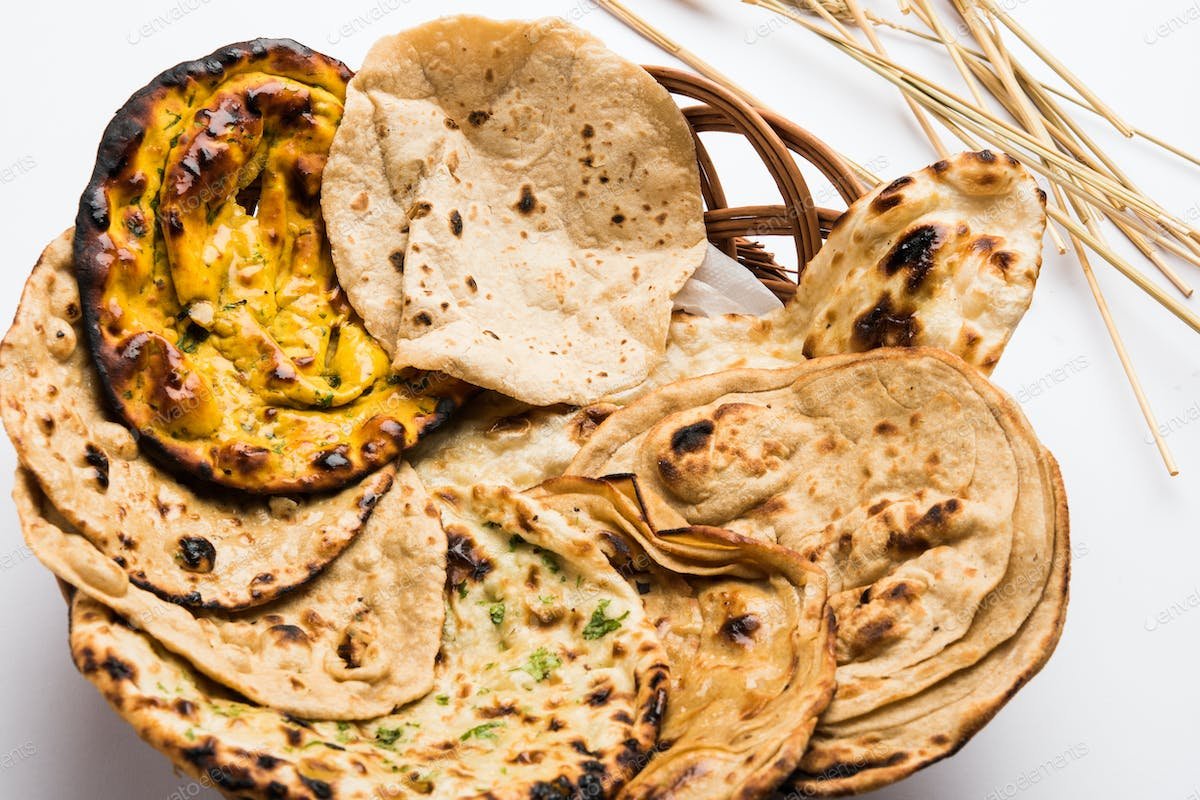 Omar Khayyam penned some memorable lines that talk of a ‘Loaf of Bread, a Flask of Wine’ in the company of the beloved magically transforming wilderness into a paradise. And there is Nazir Akbarabadi the 18th-century people’s poet from Agra whose poem ‘Rotiyan’ celebrating bread is considered a classic. Countless phrases in many languages recognize the importance of bread.

Man may not live by bread alone but can’t live without it. Shortage of bread has triggered revolutions and royal heads like Marie Antoinette’s have rolled on the Guillotine for tactless remarks about it. Bread is talked of as the ‘Stave of Life’ and one ‘breaks bread’ with someone to forge close ties –roti beti ka naata. Do joon ki roti in Hindi translates as basic subsistence.

Many restaurants have ritualized serving assorted breads on a platter to save the diners from deciding to choose between tawa or tandoori, naan or paratha.

There is a strong revival of interest in Indian breads, and some considered extinct are reappearing in different cities in India.

Khamiri (leavened) and roghani (enriched by extra ghee) are popular in Muslim eateries in Delhi, Bhopal, and other parts of northern India. Lucknow has a whole range of exotic bread- sheermal (delicate, mildly sweet saffron tinted bread prepared with flour kneaded in milk) and flakey kulcha not to be confused with the tandoori stuffed paratha-like preparation in Amritsar. More rarely encountered are the gavdeeda (literally Bulls Eye) and gavjuban (resembling a bovine tongue in shape).

Interestingly, sheermal and kulcha are claimed by the Kashmiris as their own but despite the similarity in the name they share nothing in common with the Awadhi-Lucknowi bread. They are harder, biscuity and must have cereals for breakfast. They are relished with pink salty nun chai or cardamom saffron laced kehwa. Girda is among the most popular bread among predominantly rice-eating Kashmiris.

Rice flour is used in pathiri in Tamil Nadu and gassi in Karnataka. Pancake like chilada roti are prepared in many provinces with a rice flour batter. Bengali’s claim Bakarkhani as their own. It’s a rich tasty bread that commemorates the love affair of Bakar Miyan a district governor with a beautiful dancing girl Khani who was coveted by a vicious police officer. Khani became a victim of their rivalry. Bakar Miyan created the bread token to keep alive the memory of that love.

There is even one Indian bread that found a place on the flag of the largest princely state in India. Legend has it that the newly appointed Nizam of the Deccan province went to seek the blessings of the famous Sufi saint Hazrat Nizamuddin. He was given a kulcha as he sat at his mentor’s feet. He ate five bites before replacing the kulcha on the plate. The mystic laughed and told him your family will rule for five generations in Hyderabad. Uncannily this is just what came to pass. The Nizam happy with the prophecy accorded the pride of place to the kulcha on his pennant.

There is an Indian bread for every season and for each reason! (ANI).