The Radiant Tabassum Of TV Fame Passes Away 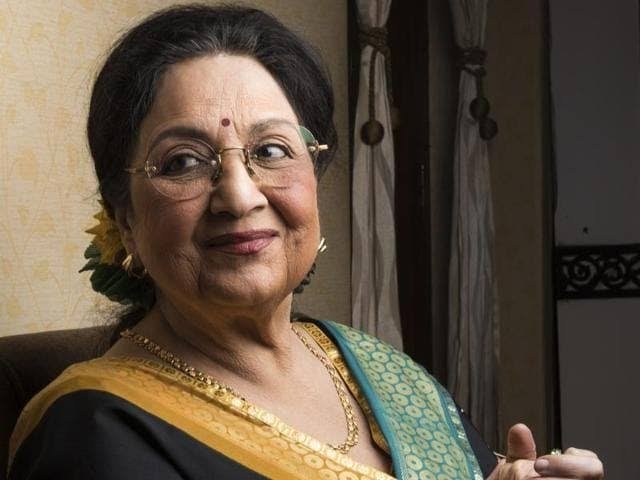 The Radiant Tabassum Of TV Fame Passes Away

She is survived by her son, and other relatives including her brother-in-law and actor Arun Govil, a Bharatiya Janata Party leader.

“Her funeral rites were also completed late last night itself,” her son Hoshang told the media.He described her as being totally healthy and her sudden departure left the family in a state of shock.

Tabassum was married to Vijay Govil, the elder brother of the film and television actor Arun Govil – who portrayed the character of Lord Rama in the epic serial “Ramayana” and previously as King Vikramaditya in another cult serial, “Vikram Aur Betaal”, both made by Ramanand Sagar.

Born in 1944 in Mumbai as Kiranbala to freedom fighter Ayodhyanath Sachdev and author-journalist Asghari Begum, the radiant and chubby Tabassum made her debut as a child actor at the age of 3 with the film “Nargis” (1947), and two other films the same year “Mera Suhaar” and “Majdhaar”.

Over the years, she became one of the biggest child stars, then as a bubbly teenager and later to older character roles in over three dozen films.

Veteran Bollywood filmmaker-producer A. Krishnamurthi and her close friend of over five decades described her as “a very well-read person, devouring newspapers or magazines and books, intelligent and aware person”.

“Tabassum always made an interesting conversationalist, who could speak knowledgeably on a wide range of topics, besides Bollywood I also found her always concerned about social issues, other people, their welfare or wellbeing,” Krishnamurthi said.

It was during the fledgling days of Doordarshan in India in the black-and-white era and Tabassum shone immensely on the legendary show, “Phool Khile Hain, Gulshan Gulshan.”

The show brought top film stars and celebs right into the peoples’ living rooms and it was among the biggest popular shows on DD in those days, running for a staggering two decades from 1972 onwards.

According to veteran Bollywood journalist Jivraj Burman, Tabassum never played the lead roles in films, but she had stiff competition from other child actresses of the era like Baby Naaz and Daisy Irani.

“However, she remained in the limelight due to her lively, vivacious personality, portraying mischievous roles or even as ‘saheli’, ‘behen’, ‘beti’, ‘bhabhi’, classmate, soulmate, to the film’s hero or heroine,”, said Burman.

Tabassum enjoyed good relations with actresses like Suraiya, Meena Kumar, Madhubala, Nargis, but was especially pally with the character actress Shammi (Nargis) Rabadi, who was married to eminent film-maker Sultan Ahmed, he recalled.

She shot into national glory with “Phool Khile Hain…” – the forefather of several similar celeb shows which came much later, and were hosted by Simi Garewal or Karan Johar and others, and acted in a couple of other TV serials like “Pyaar Ke Do Naam, Ek Radha Ek Shyam” (2006) and “Ladies Special’ (2009), aired on private TV channels.

In the mid-1980s, Tabassum turned producer to launch her son Hoshang in “Tum Par Hum Qurbaan” (1985), when she also introduced a rib-tickler John P.R. Janumala to Bollywood – known to the world as the Comedy Superstar Johny Lever.

Bollywood director Madhur Bhandarkar, who is known for directing movies like “Chandni Bar”, “Page 3”, and “Fashion”, offered his condolences to the departed soul.

“Sad to hear the demise of Veteran Actress & Anchor Tabassum ji. As a kid we used to watch her famous show on @DDNational ‘Phool Khile Hain Gulshan Gulshan’. My heartfelt condolences to her Family Members & Admirers. #OmShanti”, he tweeted.

Actress turned politician Nagma too reacted to the veteran actress’s death. She wrote on Twitter: “Extremely Sorry to hear this news. Pray to God her soul rests in peace. Also pray that God gives strength to her family for this grave loss. #Tabassum Ji #RIP”.