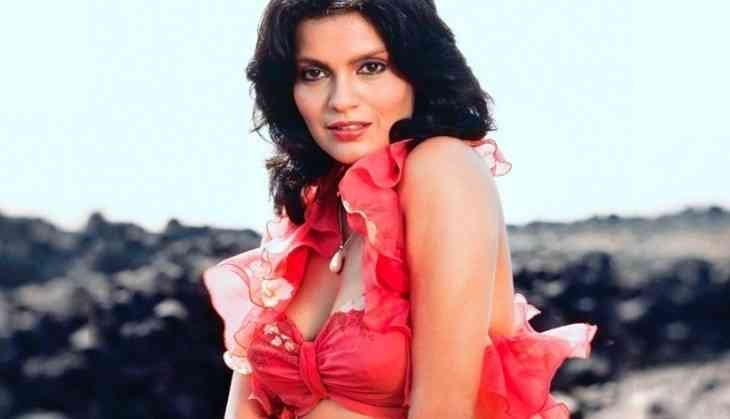 MUMBAI – The first model to make it big in Bollywood, she went on to make her name as an actress ready for unconventional and ‘bold’ (for the time) roles, usually playing independent-minded, “Westernised” women and rarely sporting saris or other Indian dresses onscreen. Unfazed at the overt “sexualization” of her onscreen persona, Zeenat Aman went on to score a string of successes in many Bollywood classics.

But Zeenat Aman, who turned 71 on November 19, does not need to be only remembered for playing the rebellious, tuned-out Jasbir Jaiswal/Janice in “Hare Rama Hare Krishna”, or guitar-strumming “lal kapde wali memsahab” Sunita in “Yaadon ki Baraat” or Sheela, or rather, ‘Laila’, of “Qurbani”, or Sheetal of “Dostana”.

The petite yet buxom actress with her exotic and sensual looks was as effective as playing hapless, abused Rani Ranjit Singh in “Dhund”, the gold-digger Sheetal in “Roti Kapada Aur Makaan”, prostitute-going-straight Nisha in “Manoranjan”, the ambitious Rashmi Kumar Saxena, who can even go in for abortion to advance her career, in “Ajanabee, cold-hearted assassin Rita Verma in “Warrant”, the tomboyish, revenge-seeking Roma in “Don”, the scarred Rupa in “Satyam Shivam Sundaram”, and justice-seeking rape victim Bharti Saxena in “Insaaf ka Tarazu”, and many more.

Zeenat Khan had a connection with the film industry right from her birth. While her parents separated when she was still young and she was raised by her mother, her father Amanullah Khan, a cousin of veteran actor Murad, was a scriptwriter who contributed to landmark classics like “Mughal-e-Azam” and “Pakeezah” under the penname ‘Aman’.

A young Zeenat obtained a grant to go for her graduation to the University of Southern California in Los Angeles but returned without a degree. Back home, she went into modeling and entered the Femina Miss India pageant in 1970 and came second. She then competed – and won – in the Miss Asia Pacific International pageant, becoming the first Femina Miss India titleholder to win the pageant.

It was then she came to the notice of Bollywood, particularly Dev Anand, who gave her a break in the Indo-Filipino production “The Evil Within” and then O.P. Ralhan, whose quirky, commercially unsuccessful but innovatively plotted “Hulchul” became her actual debut.

However, it was her role as the hero’s separated and rebellious sister in “Hare Ram, Hare Krishna” that brought her into the limelight, while “Yaadon Ki Baraat” further cemented her position.

Zeenat Aman – she had adopted her father’s pen name as her surname in her acting career – continued to rule through the 1970s and 1980s, paired often with reigning stars like Dev Anand, Rajesh Khanna, Amitabha Bachchan and Shashi Kapoor. In the latter part of the 1970s, she was also the highest or second-highest-paid Bollywood actress, along with Hema Malini.

However, her personal life was far from happy. Though linked and purportedly even engaged to several actors and other celebrities, she was married to actor Sanjay Khan in 1978 – becoming his second wife – but the marriage was annulled the very next year, and the year after that, the actor, aided or at least encouraged by his first wife, badly thrashed her, leading to permanent disfigurement.

She then married actor Mazhar Khan in 1984, but this was scarcely better as he was not keen on her working on films. This led to her first hiatus from films till his death in 1998. Zeenat Aman returned to acting in 1999 but sparsely for the next decade, while she also essayed the part of Mrs. Robinson — a role immortalized by Anne Bancroft in the picture — in a stage performance of “The Graduate”.

However, from 2009, Zeenat Aman became more regular and is still active both on stage and screen and is also set to return in a leading role.

A key ingredient of her successful films in the 1970s and early 1980s were the songs. Let’s review her glittering career with half-a-dozen odds of these.

“Chura Liya Hai Tumne”: Heroines serenading heroes are not new to Indian cinema, but this melodic representation of a guitar-strumming Zeenat Aman from “Yaadon Ki Baraat” took it to an immortal level – going by its enduring popularity in remixes.

“Satyam Shivam Sundaram”: This hymn from the movie of the same name is one of the few where Zeenat Aman is portrayed in – for her – a different, more earthy millieu but she carries it off perfectly.

“Jiska Mujhe Tha Intezar”: A song with a deeper meaning than what the words convey was the perfect vehicle to introduce Zeenat Aman in this slick gangster-flick to the Don she wants to get even with – with a vengeance. On the other hand, “Khaike Paan Banaraswala” also owes its popularity to her impatience – leading to the classic rebuke from Vijay-turned-Don in chaste Awadhi – “In kaari kaari akhiyen se, tu ghur na hamko ae gori”, and then, her inspired jiving.