HomeArts/BooksThe Unani Hakim, Majrooh Sultanpuri, Who Ministered to The Soul 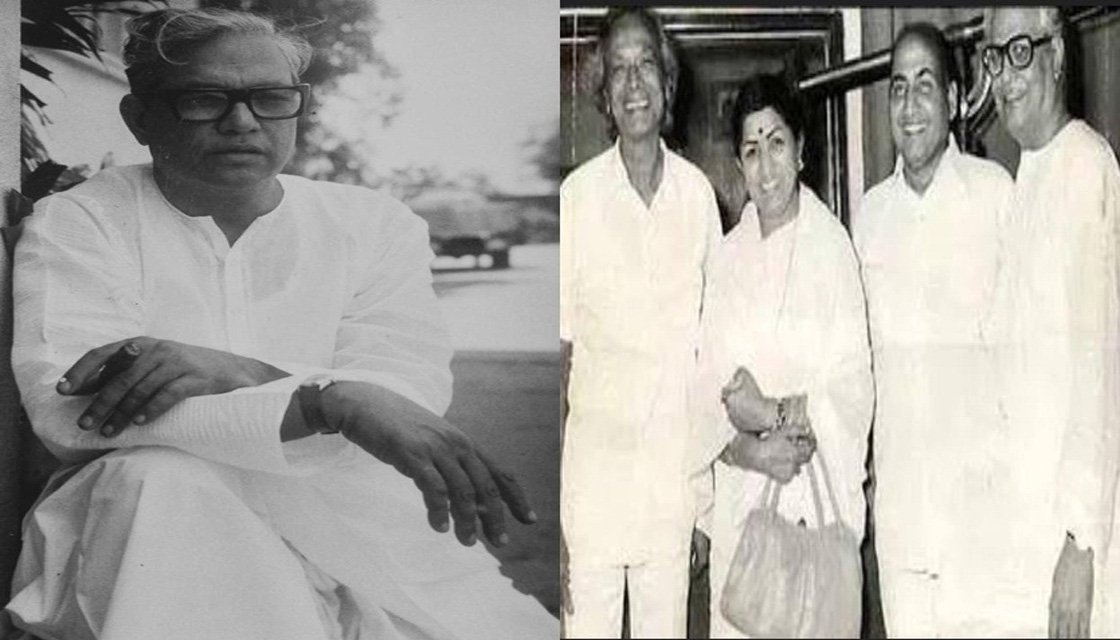 Had he not been associated with Hindi films, lines like “Main akela hi chala tha jaanib-e-manzil magar/Log saath aate gaye aur karvan banta gaya” would have been enough for his fame.

Asrar-ul Hasan Khan ‘Majrooh Sultanpuri’, was associated with the film industry from the mid-1940s till his death in 2000. One of the top quartets of Sahir Ludhianvi, Shakeel Badayuni, and Shailendra, he outlived and outperformed all of them with nearly 4,000 songs for about 350 films.

Majrooh also became the first lyricist to be conferred the Dadasaheb Phalke Award in 1993 — it was only in 2013 that Gulzar became the second. On the other hand, he received just one Filmfare Award (for “Chahunga main tujhe” in “Dosti”, 1964).

All these accomplishments, however, pale before his greatest contribution — along with Faiz Ahmed ‘Faiz’ — to the cause of Urdu poetry. These committed revolutionaries had decided to disobey the orders of their Communist bosses to abandon the ghazal (because it was a “feudal remnant” and unsuited to articulating class consciousness).

Details about Majrooh’s early life are contradictory, with his year of birth in different accounts ranging from 1915 to 1922, and whether his traditional schooling was due to his father’s distrust of modern studies or their financial condition.

He trained as a unani hakim in Lucknow, began to practice, and participated in local ‘mushairas.’ Majrooh then impressed Naushad, a poet himself and well-established by then, to get his break with Saigal’s ‘Shahjahan’ (1946).

Being a member of the Progressive Writers’ Association, Majooh’s fledgling career nearly ended when he was arrested, along with Balraj Sahni, in 1949 for leftist links and imprisoned for two years.

The Urdu poetry of ‘Majrooh’ is superlative, especially for its simplicity and lyrical cadence but it got overshadowed by his career in films, where he evoked the same magic.

“Gam diye mustaqil kitna nazuk hai dil”: Few debutants are lucky to start writing for legends, but Majrooh had the fortune to start his film career with Saigal himself. “Jab dil hi toot gaya..” is better known, but this melancholy yet slightly more restrained ghazal is equally treasured by Saigal connoisseurs.

“Laagi chhute na ab to sanam”: Many music aficionados will have heard the song, sung by Mohd Rafi and Lata Mangeshkar, with its distinctive jangling yet harmonious music by Chitragupt.

“Kabhi aar kabhi paar laaga teer-e-nazar”: The lyrical cadences of Urdu do not need a courtly or even genteel setting, and can coexist with Hindi, as this song, shows.

“O haseena zulfon wali jaan-e-jahan”: If you think Urdu poets could only write songs of deep love or melancholy musings, this lively song, in “Teesri Manzil” (1966), will make you think again.

“Aasman ke neeche hum aaj apne peeche”: Few songs can match the cheerful insouciance as much as this from the crime caper — with a twist — “Jewel Thief”.

“Raat kali ek khwaab mein aayi”: This is another song, with its playful yet profound lyrics, that still strikes a chord among music lovers — and has outlived the film it is in — “Buddha Mil Gaya” (1971).

“Inhi logon ne le lina dupatta mera”: There is a fine line between being naughty and vulgar, but Majrooh kept to the right side with this ‘kotha/tawaif’ song from Meena Kumari’s swan song “Pakeezah” (1971), in which he uses the earthy yet melodious cadences of his native Awadhi.

“Chura liya hai tumne jo dil ko”: As this example shows, Majrooh was equally adept in framing lines for the actresses and in this Bollywood potboiler, “Yaadon Ki Baarat” (1973) when he crafted the best expression of love.

“Haal kya hai dilon ka na puchho sanam”: The ‘qawwali’ is a much-loved and staple music form in the Indian subcontinent — and in Bollywood films, but sometimes, its rich language and lesser-known references can puzzle the unaware.

In this rollicking example, we have one of the best popular examples. The film was “Anokhi Ada” (1973.

“Jaanam samjha karo”: It is the mark of a good songwriter that he can tap the pulse of his current time. In this non-film, and subtly sensuous 1990s song, Majrooh showed that he still had the power to dazzle the young generation and evoke the tropes, the millieu, and the expressions that they were familiar with.

And this was not a flash in the pan — he had done it nearly a quarter of a century ago, with “Bangle ke peeche teri beri ke neeche”, or, better known from its interjection, “Kaanta laga” in “Samadhi” (1972).