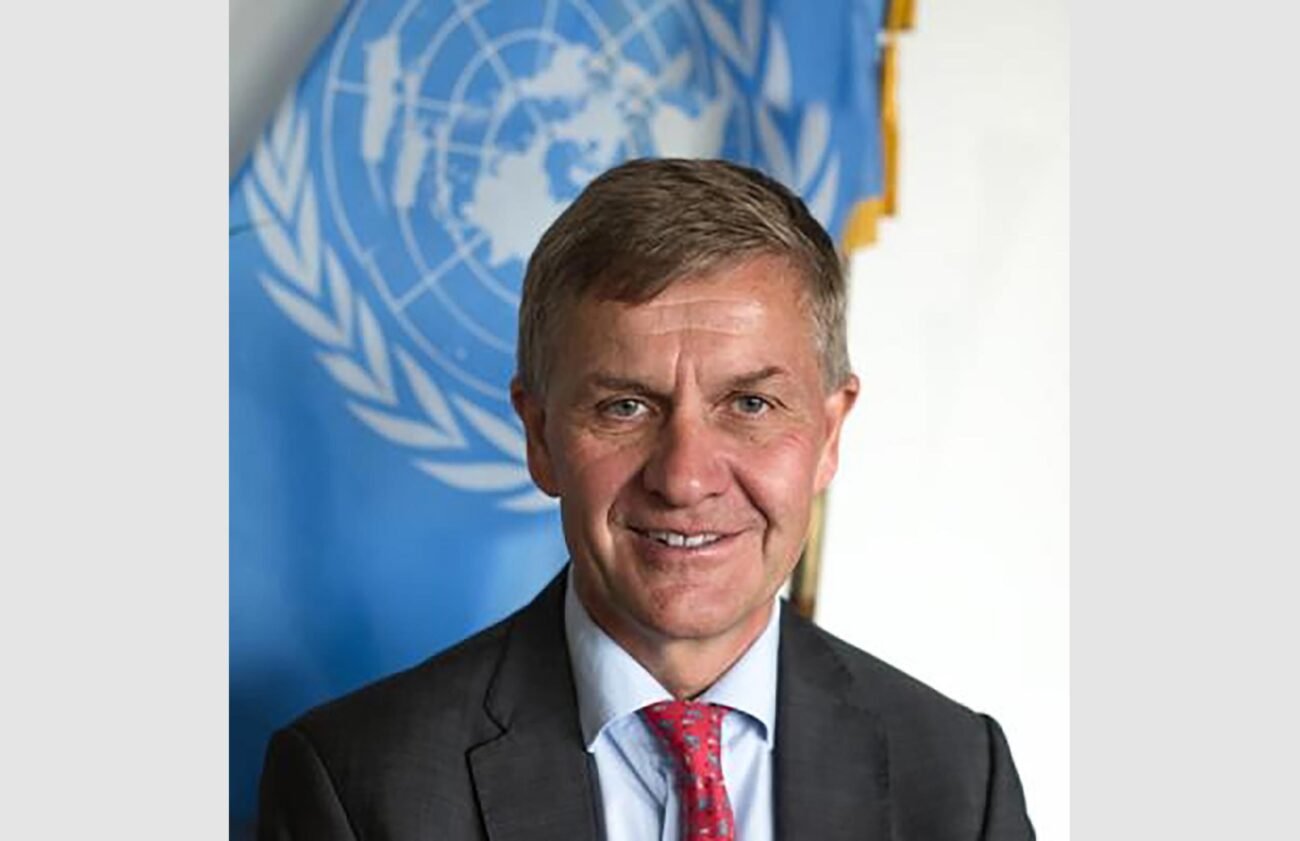 NEW DELHI, (IANS) – The people of Sri Lanka have bravely taken the first important step — to dismiss the incompetent and corrupt Rajapaksa family dynasty that brought the crisis upon the land. Now it is time to establish an all-party interim government that calls upon friendly nations like India to provide financial support, said Erik Solheim, Norwegian peace mediator in the 30-year-long Sri Lanka civil war.

“Deep economic reforms will be a necessary part of the process,” he said.

Solheim, who acted as the main facilitator of the peace process in Sri Lanka from 1998 to 2005, said no one should blame the island nation for purchasing oil wherever it can get it, including from Russia.

Sri Lanka’s civil war ended in 2009, with the killing of Liberation Tigers of Tamil Eelam leader Velupillai Prabhakaran, who met Solheim more often than any other foreigner and persuaded him to enter a peace process and succeeded.

“The Sri Lankan revolution has been largely leaderless, so the people of Sri Lanka are likely to elect to power already well-known opposition leaders. The current leader of the opposition Sajith Premadasa and the foremost Tamil politician in Sri Lanka, M.A. Sumanthiran, are likely leaders to steer Sri Lanka out of the crisis and back to normalcy,” he said.

For India, what does the crisis mean? At this, he said there was never any love between India and the Rajapaksas.

“After the overwhelming military victory over the Tamil Tigers in 2009, the Rajapaksa government constantly dismissed Indian advice to amend the constitution and share power and recognition with the minorities, particularly the Tamils. Rajapaksa followed a chauvinistic ethnic policy centralizing decisions in Colombo, very different from the Indian federal model. Through this chauvinism, they also wasted large resources on military spending, money which would have been dearly needed to avoid the present economic crisis.”

Solheim, the president of the Belt and Road Initiative Green Development Institute, said it is completely unfair to blame China for the problems caused by the mismanagement of the Rajapaksa governments.

“Sri Lanka has much larger debt to the west than to China. China constructed roads and ports at the request of the legitimate Sri Lankan government of the time.But Sri Lankans should usefully look at the map. India is their only neighbor, a boat ride away. India is also a family — the same ethnicities, religions, languages, food. India will always be the main international partner for Sri Lanka. China, the US, and others are next in line,” said the senior advisor of the World Resources Institute.

To a question on how and when Norway decided to mediate in Sri Lanka, Solheim replied, “Norway was asked in 1998 by then president of Sri Lanka Chandrika Kumaratunga and the leader of the Tigers, Prabhakaran to mediate in the civil war. “We played that role for close to 10 years. India throughout gave full support to the peace process and encouraged us to continue. We kept India informed and asked advice on even the smallest step. I am still very sad that at the end we were unsuccessful.”

“I believe Sri Lanka would have been in a much better place today if the peace process had succeeded,” Solheim concluded.