HomeEntertainmentCinemaThese Baddies Once Ruled the Screens!

These Baddies Once Ruled the Screens! 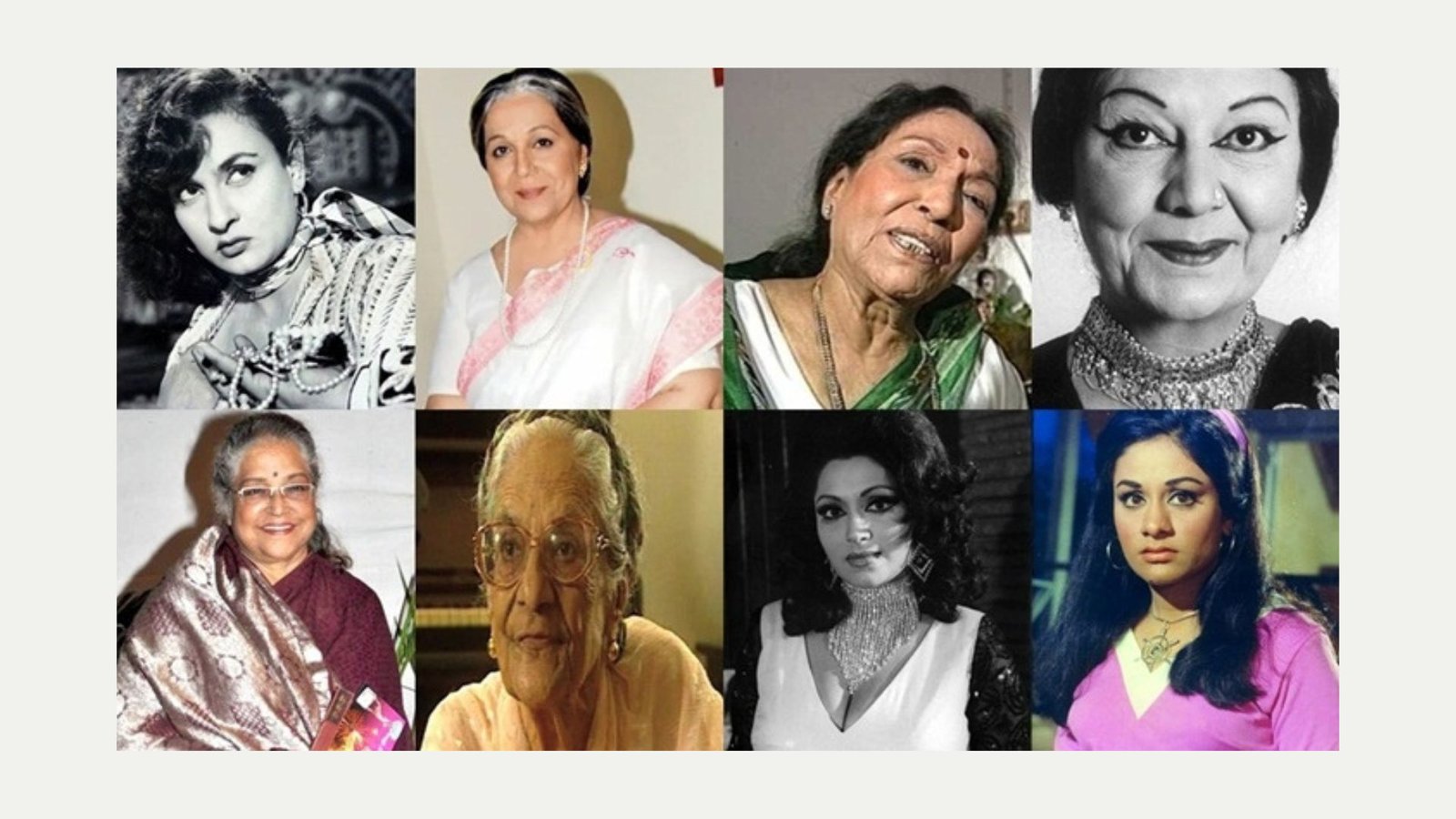 These Baddies Once Ruled the Screens!

Here are some of the actresses who have essayed the roles of mothers-in-law, vamps, and gangster moll under the umbrella of negative characters, with aplomb.

Lalita Pawar: The OG! Lalita Pawar’s portrayal of a cruel mother-in-law cannot be matched upto till date even by the finest of actresses. If you remember words like ‘Kulta’, ‘Kamini’, ‘Kalmuhi’ and ‘Karamjali’, then you should thank Pawar for she is the one who etched these words on the celluloid not to forget that she holds the Guinness world record of longest acting career spanning over 70 years. A brilliant actress, she was one of the most popular heroines of her time but resorted to essaying supporting roles after losing an eye in an accident during a film shoot. Her other notable works ‘Junglee’, ‘Phool Aur Patthar’, ‘Nauker’, ‘Sau Din Saas Ke’ (of course, had to be!) and ‘Ghar Sansar’. The actress died on February 24, 1998, in Aundh, Pune, leaving behind a huge legacy.

Manorama: You might remember her for playing a cynical aunt or the torturing mother-in-law in old Hindi movies. Manorama has mostly appeared as the cigarette-smoking sophisticated lady ready to cast an evil spell on the hero or heroine. Her brilliant portrayal of a cunning mother-in-law in films like ‘Ek Phool Do Maali’, ‘Do Kaliyaan’ and ‘Seeta Aur Geeta’ casts a towering shadow on the silver screen despite her stout frame. She passed away at the age of 81 in Mumbai on February 15, 2008.

Shubha Khote: Perhaps, one of the most underrated actresses in this space, Shubha started off with playing second leads in films like ‘Seema’, ‘Paying Guest’ and ‘Dekh Kabira Roya’. Later, she changed gears to supporting roles and eventually a wicked mother as well as mother-in-law in movies like the ulaga nayagan Kamal Haasan-starrer ‘Ek Duuje Ke Liye’, ‘Mohabbat’, ‘Swarag Se Sunder’ and ‘Saudagar’. The actress currently does very selective work, her most recent project being the television show aSpy Bahu’.

Aruna Irani: Starting off her cinematic journey as a child artist to leading lady and a negative lead, Aruna Irani has done almost all-female roles. ‘Mawaali’, ‘Beti No. 1’ and ‘Hameshaa’ are some of her memorable negative roles. Also, who could forget her work in the Anil Kapoor and Madhuri Dixit-starrer ‘Beta’. The way she performed as a stepmother who eyes her son’s wealth was applause-worthy and won praises from all quarters. Her last stint on the screen happened in 2019 with television when she did the drama series ‘Dil Toh Happy Hai Ji’.

Rohini Hattangadi: Another brilliant actress, Rohini Hattangadi was an alumnus of the National School of Drama. The younger audience may remember her for her portrayal as Sanjay Dutt’s mother in ‘Munna Bhai M.B.B.S.’, whose jadu ki jhappi could set anything right but Rohini has delivered quite a few memorable negative characters of which her work in the Sridevi-starrer ‘Chaalbaaz’, takes the cake. She was most recently seen in the streaming movie ‘Jalsa’.

Pramila: Esther Victoria Abraham, professionally known as Pramila, was reportedly India’s first Miss India to act in films. She not only impressed the audiences as the leading lady but also starred in about 30 films as a vamp which included ‘Bhikaran’, ‘Bijli’ and ‘Doorsi Shaadi’. Despite her good looks, she had no inhibitions about playing all kinds of roles which gave her scope to perform. The actress passed away on August 6, 2006.

Bindu: One may remember her as the Hindi professor from the Shah Rukh Khan-starrer ‘Main Hoon Na’ but, make no mistake, Bindu has performed a plethora of roles in her career, most iconic being that of gangster moll. Do words like ‘Mona Darling’ and ‘Shabnam’ ring in your ears? Well, that’s Bindu for you. Her portrayal of the perfect moll to the villain in films such as ‘Zanjeer’ and ‘Gehri Chaal’ are unforgettable.

Nadira: Be it the spoiled and proud Rajput princess in ‘Aan’, the smoking rich socialite Maya in ‘Shree 420’ or the jealous wife in ‘Dil Apna Aur Preet Parai’, Nadira has done it all. The actress brought to life every character played on screen. Some of her notable works are ‘Hanste Zakhm’, ‘Aashiq Hoon Baharon Ka’ and ‘Amar Akbar Anthony’.

Helen: As much as she is known for her killer dance moves on the silver screen, her career also boasts of roles where she starred as a moll to the villain. The actress, who married Indian screenwriting legend Salim Khan (Salman Khan’s father) of Salim-Javed duo in 1981, took a sabbatical from acting after 2012. However, she is set to make her comeback in with Abhinay Deo’s upcoming directorial ‘Brown’. The film is a neo-noir crime drama based on Abheek Barua’s book, ‘City of Death’ and will also star Karisma Kapoor as the protagonist.