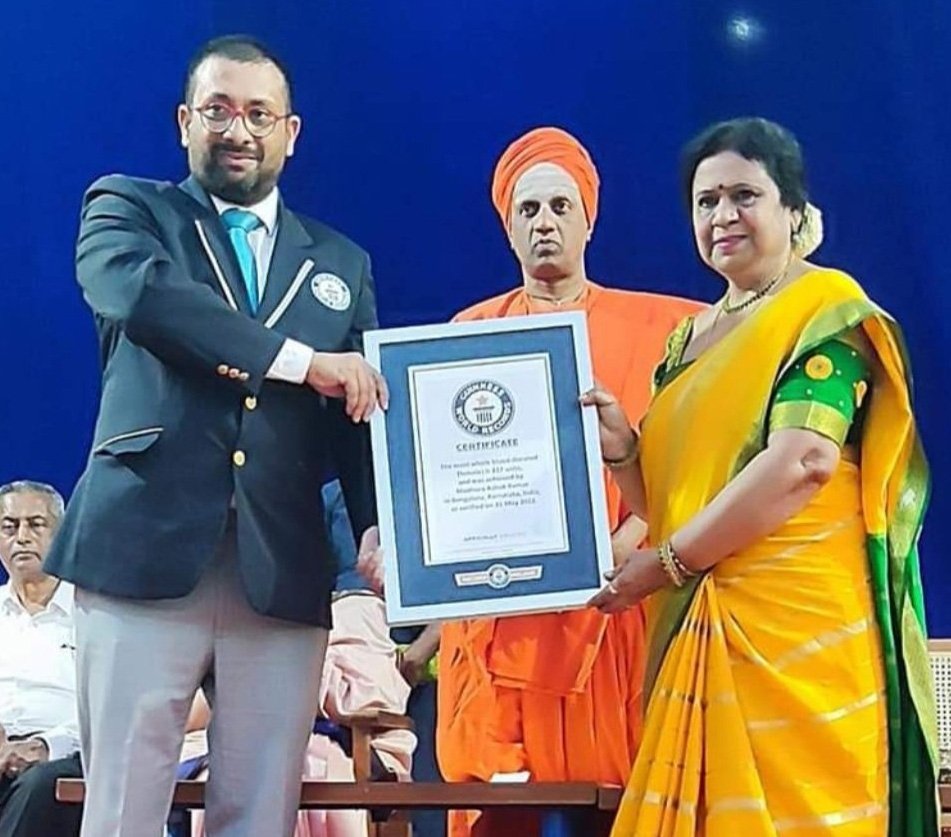 BENGALURU, (IANS) – Madhura Ashok Kumar (59) from Bengaluru has created a Guinness World Record by donating blood an unbelievable 117 times. Her motto in life is to create awareness among women to donate blood.

Madhura said that women, in general, are apprehensive about donating blood as they fear loss of hemoglobin and disruptions in menstrual cycles.

“Hence, to give a message to the society, I took up the mission myself. I generally donate blood three times a year. In case of emergencies, I donated blood four times in a year as well,” she said.

“I did not plan for the Guinness Record. Blood cannot be donated for creating records. The health must remain intact. I think the upbringing I had courtesy my parents blessed me with good health till date. I did not expect this recognition at all. My father and father-in-law are both freedom fighters. I wanted to contribute to the society, and it came through donation of blood,” Madhura said.

Madhura donated blood for the 100th time at her husband’s place in Shiralakoppa in Shivamogga district. The donation was made in front of 12,000 children at prayer time to create awareness among children about blood donation.

Madhurastarted donating blood at the age of 18. One of her friends, who had come home for delivery, died due to non-availability of blood then.”Many people, especially pregnant women and children, sometimes died without getting blood. The death of my friend due to non-availability of blood moved me. That unfortunate incident motivated me to take up the service of donating blood,” she revealed.