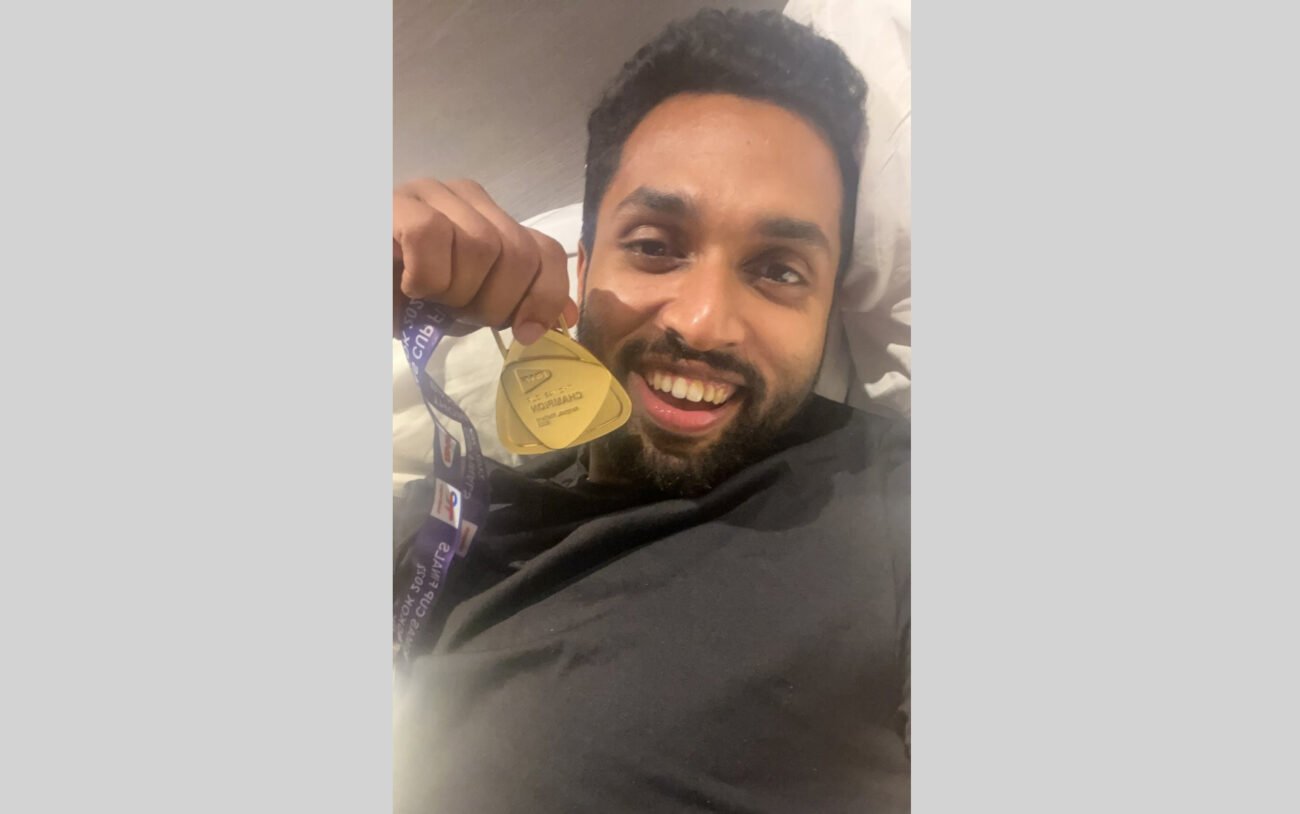 MUMBAI, (IANS) -When they left Indian shores for the Thomas and Uber Cup finals in Bangkok, none of the Indian men’s team players had expected that they would win their maiden title.

They had expected to win a medal, probably bronze. But a gold medal was beyond their imagination, and that is the reason why the players went to bed late on May 15 night with medals still around their necks.

“We never thought we will win the Thomas Cup; we were thinking that we had a good chance of winning a medal, but this is beyond our dreams,” said HS Prannoy, who won two tie-deciding third singles match in the quarterfinals and semifinals to propel the Indian team into the final against Indonesia.

“All the players have gone crazy since the win against Indonesia in the final. We had a huge celebratory dinner, spoke to friends and family, and just enjoyed ourselves. Most of us slept Sunday night with medals around our necks, it’s such a beautiful medal,” said Prannoy during an online interaction with select journalists from Bangkok.

The 29-year-old from Kerala said, though they ran onto the court for wild celebrations after Kidambi Srikanth defeated Jonatan Christie in the second singles to seal India’s 3-0 victory against Indonesia, the feeling and importance of the achievement only sunk in early on May 16.

“It’s only sinking in now that what an achievement we have had. It will be an inspiration for the next generation of badminton players in the country. They will think that if these guys can win the Thomas Cup, we also can,” Prannoy said.

Prannoy said it was a very crucial week and an unbelievable experience for him and the nine other players that are part of the Indian men’s team because they have not seen this level of bonding between the players.

“All of us will never forget this week in our lives. I have played in team competitions earlier also and have known all these players on the circuit, but this entire week was totally different. Everyone was supporting each other, encouraging, and guiding each other. It was a great experience,” said Prannoy.