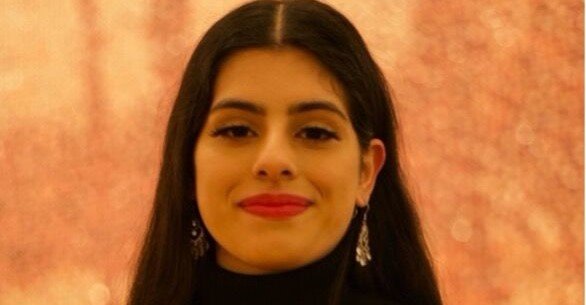 The scholars, of whom three are Indian American, hail from 51 U.S. colleges and universities. The Truman Scholarship is the premier graduate scholarship for aspiring public service leaders in the United States, according to a news release.

Among the honorees were Gurtaran Johal, Sakshi Sehgal and Hillary Shah.

“The 2021 Truman Scholars reflect our country’s sustained commitment to the future of public service,” Dr. Terry Babcock-Lumish, the foundation’s executive secretary and a 1996 Truman Scholar from Pennsylvania, said in a statement.

Johal, of North Dakota, is pursuing a dual-degree in sociology and political science, with a minor in Spanish studies at the University of Minnesota.

Her passion for women’s rights stems from her identity as a Sikh woman, which has motivated her to pursue a career advocating for women and women of color who are systematically disadvantaged by institutional structures, her bio notes.

Her work at the YWCA and EMILY’s List was grounded in uplifting the voices in her community and providing opportunities such that every woman could succeed, whether by obtaining a job or running a successful campaign, it said.

On campus, she is heavily involved with her university’s undergraduate student government, the Minnesota Student Association, where she chaired the Sexual Assault Task Force and currently serves as the Speaker of Forum.

Following graduation, she plans to pursue a law degree focusing on public interest or criminal justice.

Sehgal, of Georgia, is a first-generation low-income student and Atlanta native pursuing a B.A. and M.A. in philosophy and minoring in chemistry at the University of Pennsylvania.

A Gates and Jack Kent Cooke Foundation Scholar, Sehgal has also engaged in volunteering and advocacy work in her hometown of Atlanta, serving as a Behavioral and Mental Health Community Action Team volunteer, a coronavirus testing site volunteer, and as a research assistant at the Centers for Disease Control and Prevention, studying the obesity crisis.

She is committed to addressing needs related to mental and public health and access to care for low-income and marginalized communities, now and in the future, her bio adds.

Shah, from Texas, is studying political science, economics, and pre-law at the University of North Texas.

She is passionate about alleviating social invisibility in marginalized communities through voting rights and civic mobilization work for historically disenfranchised groups, her bio notes.

As a community leader and grassroots activist, Shah has organized electoral and issue campaigns across the state, including the Beto for Senate campaign and Battleground Texas. She founded her own successful civic empowerment organizations, lobbied city councils and legislative bodies, and managed programs providing professional resources to first-generation students and women of color, it said.

Shah has broken records for voter registration, created civic outreach methods, and won the Diana Award for her service on the national board of the YesSheCanCampaign.

After graduation, she intends to pursue a law degree and work as a voting rights attorney, it said.

Truman Scholars demonstrate outstanding leadership potential, a commitment to a career in government or the nonprofit sector, and academic excellence. Each Truman Scholar receives funding for graduate studies, leadership training, career counseling, and special internship and fellowship opportunities within the federal government, the release said.

The 62 new Truman Scholars were selected from 845 candidates nominated by 328 colleges and universities – a record number of applicants.

The Truman Scholarship was established by Congress in 1975 as the living memorial to President Harry S. Truman and national monument to public service, supporting and inspiring the next generation of public service leaders.