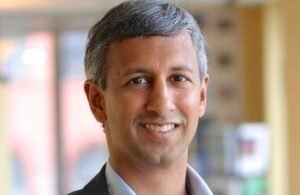 Three Indian Americans – Manish Bapna, Pawan Dhingra, and Sangay Mishra – have been named to the newly created AAPI Victory Alliance Advisory Board for its Think Tank, the first ever think tank to focus on AAPI policy issues. These advisory board members are experts in various fields, from immigration to library science to media studies to climate change, and are eager to apply their substantive knowledge and a passion for their communities to help shape the mission and agenda of this think tank, according to a press release.

“We are beyond excited to work with our new advisory board members to advance a bold agenda that propels the AAPI community towards equity,” said AAPI Victory Alliance Chair member Dr. Tung Nyuyen.

“This is the first step towards moving out of invisibility. Today and everyday, AAPIs matter and our communities and our strategic priorities will help shape the national agenda.”

The three Indian Americans named to the advisory board are:

Bapna has worked at WRI since 2007, helping to lead the global expansion of staff and divisions from 250 to over 1,400 across offices in the U.S., China, India, Brazil, and more. During a period of unprecedented growth at WRI, he oversaw the organization’s program work on climate change, energy, cities, food, forests, oceans and water, while helping transform the organization’s scale, reach and impact.

Bapna was a lead architect of several influential multi-stakeholder coalitions such as the Global Commission on Adaptation, NDC Partnership and US-China and US-India Track 2 Dialogues on Energy and Climate. He played a key role in increasing WRI’s budget to $180 million—a six-fold increase over 14 years.

On the board of the Meridian Institute, he received graduate degrees in business and political and economic development from Harvard and an undergraduate degree in electrical engineering from MIT.

Pawan Dhingra is an author, professor, curator, and diversity/equity/inclusion officer, currently serving as a professor in the Department of American Studies and Contributing Faculty Department of Anthropology/Sociology at Amherst College.

He and his work have been profiled on numerous media and public outlets, and has written award-winning books, the most recent being Hyper Education: Why Good Schools, Good Grades, and Good Behavior Are Not Enough, which is a “fascinating exploration [that] gets to the root of education obsessions to expose our global anxieties, national biases, and parental hopes for our sons and daughters.”

Dhingra also is former curator and senior advisor to the historic Smithsonian Institution’s ‘Beyond Bollywood’ project. Having been elected president of the board of the South Asian American Digital Archive, he has been department chair and held tenured positions at Tufts University and Oberlin College.

Sangay Mishra is an associate professor of political science and international relations at Drew University. He specializes in immigrant political incorporation, transnationalism, and racial and ethnic politics. His work engages with political participation of South Asian immigrants in the United States as well as countries of origin with a particular focus on immigrants from India, Pakistan, and Bangladesh.

His book, titled Desis Divided: The Political Lives of South Asian Americans, was published by the University of Minnesota Press in 2016 and Sage India in 2017. The book was awarded the best book on Asian America (2017) by the American Sociological Association’s section on Asia and Asian America.