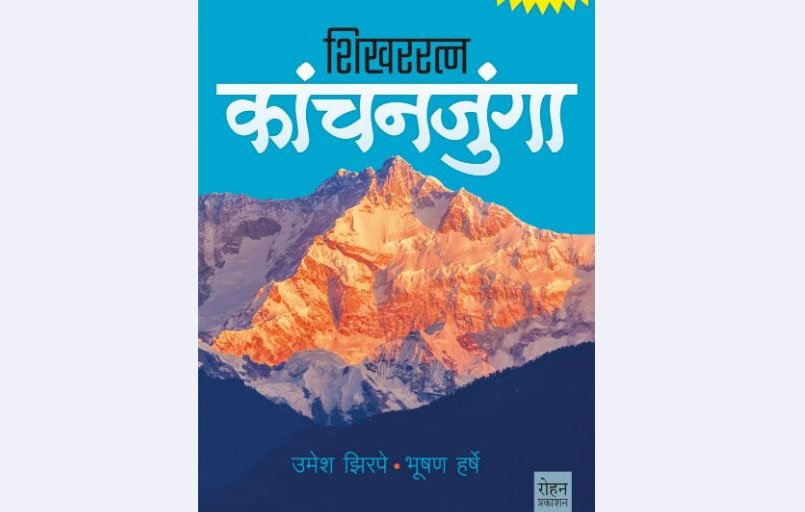 PUNE, (IANS) – The Pune-based Giripremi — which created history when its 10 climbers unfurled the Indian flag on a single day in May 2019, on Mt. Kanchenjunga, the world’s third highest peak — has brought out the enthralling experience in a colorful book form.

The book is in Marathi, “Shikhararatna Kanchenjunga” and is described as a journey of emotions, courage, perseverance, and adventure.

The remarkable aspect is it is an untried experiment of writing a book in Marathi literature on “the same subject and the same expedition but from two different perspectives” — the first by the team leader Umesh Zirpe and the other from the summiteer Bhushan Harshe, both witnessing the same set of emotions from their own angles.

“Harshe and I have been working together for nearly two decades and understand each other deeply. We both could well imagine what the other was thinking in a particular situation. It helped us write the book, threading the story together from each other’s viewpoints without any repetition,” Zirpe said.

Harshe said he wrote a daily diary for a newspaper during the expedition, and most of it is now part of the book, while Zirpe highlighted how each expedition is different from others with new challenges unfolding at every step, requiring detailed planning and management.

“We decided to cobble together our respective viewpoints on the same journey and the idea was readily supported by Rohan Publications, to inspire others,” the duo added.

Zirpe said that the proceeds from the sale of “Shikhararatna Kanchenjunga” would go towards funding future expeditions of Giripremi. Among the premier mountaineering clubs in India for over three decades, it has 11 Mt. Everest and 10 Mt. Kanchenjunga summiteers.