HomeOpinionToday’s India Was Envisioned By Nehru

Today’s India Was Envisioned By Nehru 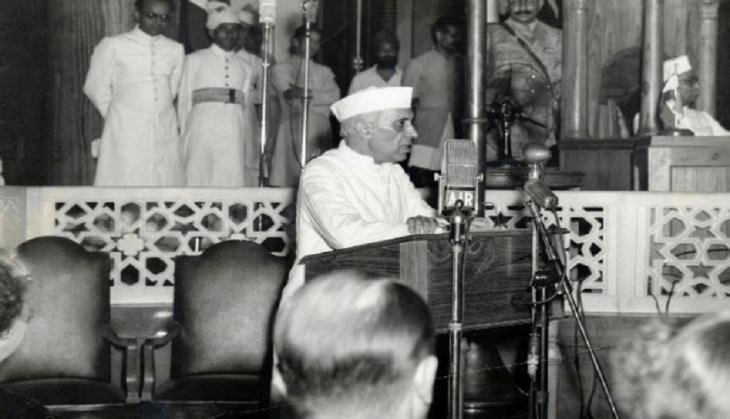 Today’s India Was Envisioned By Nehru

Protected by British power, the rulers of princely states neglected their subjects; they not only collected rent, but also various illegal levies and subjected people to forced labor while squandering away a major part of their states’ revenues for the upkeep of their luxurious lifestyles, denying the masses their democratic rights. This infuriated Nehru.

In 1927, the All-India States’ Peoples Conference was born to coordinate the people’s movements in various princely states. At first the Congress hesitated to take up the cause of people’s movements on legal and practical grounds, but Nehru was at the vanguard of change.

In the end the Fabian Socialist triumphed, bringing different instrumentalities to bear against all those who opposed him in his endeavor to create a united and unified India. To stampede the princes, he used Lord Mountbatten; to corral them he used the combination of Patel and Menon; to overturn the Dickie Bird Plan for Independence, he used Edwina Mountbatten, who in turn chose to pack V.P. Menon off to Simla to offer his version instead and got it approved by both Mountbatten and Nehru, who, as luck would have it, were both present in the Queen of the Hills recouping.

The India that one sees is the India envisioned by Nehru, brick by brick.

The Haripura Congress session of 1938 is considered seminal for many reasons, not the least for Subhas Chandra Bose‘s whiplash-inducing speech as the new party president.

At the same session, the Indian States’ Peoples Resolution provided the basis for one of the most pivotal debates of the Congress session. In relation to the proposed Federation under the new Constitution, this question was of utmost importance and occupied the Subjects Committee for five hours in a heated discussion.

Ben Bradley wrote: “The concern of the delegates was not merely actuated by the importance of the Indian states in relation to the Federation, but at the Calcutta session last October of the All-India Congress Committee, a resolution was adopted condemning the repression in Mysore state and supporting the heroic struggle of the people in that state.”

This was a crucial time for the Congress itself and Jawaharlal Nehru’s stalking horse strategy of using the All-India States’ People’s Conference (AISPC) to make deeper inroads into the autocratic princely states, which required radical democratization to free the populace of serfdom and penury. The starter pistol had truly gone off and the process of a new India began to be fashioned.

Bradley writes that subsequently doubt was raised as to the validity of this resolution. There was opposition in the All-India Congress Committee to the resolution and certain Congress leaders, including Mahatma Gandhi, stated that the Congress had no right to interfere in the affairs of Indian states, and believed this resolution constituted an interference.

It was to clear this up that the question was discussed at Haripura. Gandhi believed in the concept of trusteeship and how the princes represented this concept in their states vis-a-vis their attitude towards their subjects. Nehru opposed this and finally, the breakthrough benefit came at Haripura, not just with this resolution but with new president Bose’s vehement support to Nehru’s vision of an India where the provinces and the princely states would coalesce.

Bradley goes on to provide a perspective on the actual happenings: “The delegates representing various Congress committees from the Indian states felt and spoke very strongly for the closer relationship between the people struggling in Indian states and those struggling in British India. The Left Wing and the Socialist section of the Congress delegates believed the mass struggle, to win basic civil liberties and responsible government, was growing in the states.

“Further close cooperation was essential between the states’ people and the people of British India in order to fight the Federation. It was also the duty of the Congress not merely to sympathize with the struggle of the states’ people, but to fraternize with them and give active assistance in the fight against the autocracy of the princes.”

The original resolution moved by Abul Kalam Azad sought to relieve the Congress of responsibility in connection with the present struggle of the Indian states’ people. This was covered by the following point in the resolution:

“The Congress, therefore, directs for the present that no Congress committee be established in Indian states and that internal struggles of the people of the states be not undertaken in the name of the Congress.”

Jawaharlal Nehru, batted for the resolution, saying it did not renege on the Congress attitude towards the states’ people, and added: “But the question that had become vital was that they had to face realities and march independently towards their common goal.”

Speeches were made by all sections of the delegates strongly condemning this resolution. From the delegates coming themselves from Indian states, a fervent appeal was made to the Congress not to refuse help to the states’ people in their hard fight against feudal lords and despotic rulers.

One Congress delegate, Jayanarian Vyas from Ajmer-Merwara, asked the Congress high command: “Would you take away from us what even autocratic rulers or bureaucratic imperialism has not dared to take away, namely, our right to be in the Congress?”

Pattabhi Sitaramayya, in a fighting speech, exposed the dangers of the Congress adopting the policy which must follow from the resolution of isolating Indian states, and was allowed to move an agreed amendment accepted by Abul Kalam Azad. The amendment deleted the clause opposing the formation of Congress committees in Indian states, and instead stated:

“The Congress, therefore, directs that the present Congress committees in states shall function only under the direction and control of the working committee, and shall not engage in direct action in the name or under the auspices of the Congress, nor undertake internal struggles of the peoples of the state in the name of the Congress. For this purpose, independent organizations should be started and continued where they exist already within the states.”

Pattabhi suggested that based on this formula, all other amendments should be withdrawn. On this proposition, 11 out of 13 amendments were withdrawn.

The motion on relations between the Congress and Indian states’ people was then put to vote and carried.

This resolution represented a retrogressive step; particularly at this juncture, when British Imperialism was drawing up its final plans to introduce the Federal side of the new Constitution, under which one-third of the total seats in the Federal government were to be reserved for the despotic Princes, while democratic rights were being denied to the states’ subjects.

It is at this stage that full support had been given to the struggle of the people in the Indian states for democratic rights and civil liberties, and to carry this through effectively, ways and means of strengthening Congress organizations in the states had been to be planned.

The 70 million people in the Indian states had to be drawn into the Congress as allies of the Indian people in a common struggle for liberation against British imperialism and its allies, the despotic princes.

Nehru’s silent opposition to Gandhi’s concept of trusteeship found new thrust and kinetic energy as both the AISPC and the Congress went full tilt to emasculate the arrogant princes by enlarging the scope of democratization.