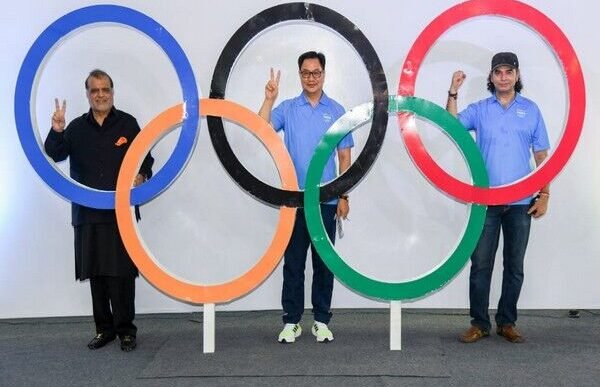 NEW DELHI — Ahead of the Tokyo Games, the official Olympic theme song for the India team was announced June 23. Mohit Chauhan has composed and sung the song titled “Lakshya Tera Samne Hai.”

The event saw Union Minister Youth Affairs and Sports, Kiren Rijiju attending as chief guest, the Sports Authority of India said in a statement. The event was organized by IOA and attended by IOA President Narinder Batra. Earlier in the day, Prime Minister Narendra Modi wished the Olympic-bound Indian contingent the very best for the upcoming Tokyo 2020.

“In a few weeks, @Tokyo2020 begins. Wishing the very best to our contingent, which consists of our finest athletes. In the run up to the games, here is an interesting quiz on MyGov. I urge you all, specially my young friends to take part,” PM Modi tweeted while attaching the link of the quiz.

Union Minister for Youth Affairs and Sports Kiren Rijiju was also quick to thank PM Modi as he tweeted, “Thank you PM @narendramodi ji for your wishes for our athletes on #OlympicDay. With just 30 days to go for @Tokyo2020, it’s time to start cheering – India, India! In the run-up to the games, here is an interesting quiz on MyGov. Do participate!”

Tokyo Olympics will begin on July 23 and will run up to Aug. 8. The event was slated to be held last year, but it was postponed due to the COVID-19 pandemic.