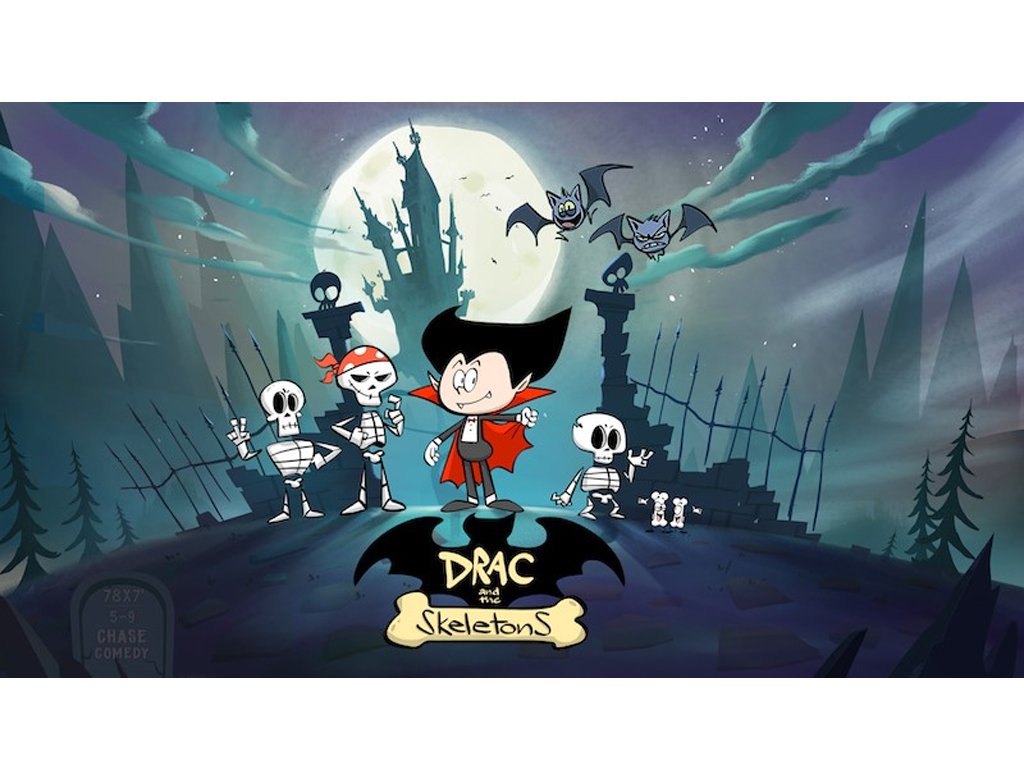 LOS ANGELES, CA – Global kids and family entertainment major Toonz Media Group has partnered with India’s ELE Animations to co-produce “Drac and Skeletons.” The spooky chase comedy series will be produced into a 78×7” animated series in 2D Digital format in two versions— the international version in English and the Indian version in Hindi.

“Drac and Skeletons” is about two netherworld rivals trying to outwit each other as three prankster skeletons take refuge at Count Dracula Junior’s castle only to stay there forever! The skeletons try to outsmart and outrun Drac (a Vegan Vampire) but Drac has a few tricks up his sleeve to keep his home. What follows is a chase comedy.

“We consider this agreement with ELE Animations to co-produce this Indian IP as a strategic one as “Drac and Skeletons” has a universal theme,” P Jayakumar, Chief Executive Officer of Toonz Media Group said and added that there will be both domestic and international versions because of the big interest from broadcasters.

Silas Hickey who has produced multiple award-winning shows and has pioneered several original content development initiatives in Asia Pacific for Cartoon Network/Warner Media is the creative consultant for this show along with Paul Nicholson, known for ‘The Amazing World of Gumball,’ and other successful international animated series. Both will bring in their creative vision to support the team with an international perspective.