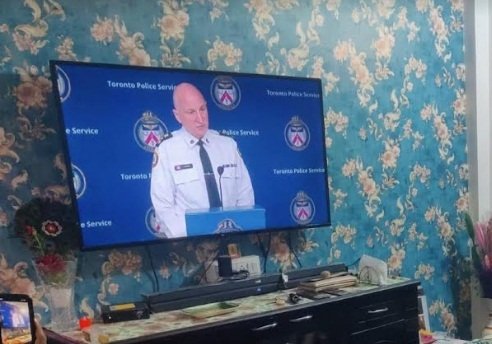 TORONTO (IANS) – Toronto Police have arrested the killer of Indian student Kartik Vasudev, who was shot dead in the heart of the city on April 7.

Richard Jonathan Edwin, 39, was taken into custody after police traced him from video footage.

Police said the accused fired multiple shots at the 21-year-Indian student outside the Sherbourne subway station at about 5 p.m. last Thursday and then fled the scene after the shooting.

Two days after killing the Indian student, the accused gunned down another person — identified as 35-year-old Elijah Eleazar Mahepath — as he was walking on a city street, hitting the victim with multiple shots and then fleeing from the scene.

According to Toronto Police chief James Ramer, the suspect was traced on the basis of video surveillance footage and arrested from his residence in Toronto on Sunday night.

Police also seized many loaded weapons, including a rifle, from the accused.

The police chief said, “My personal opinion is there were going to be more victims. When, I don’t know but he had an arsenal at home and quite frankly I believe this may have just been the first step.”

Police said the victims were not known to the accused.

The accused, who has been charged with two counts of first-degree murder, appeared at a Toronto court.

Since he has no criminal record, police said they were piecing together information to know the motive behind the killings of Kartik Vasudev and the 35-year-old Toronto man.