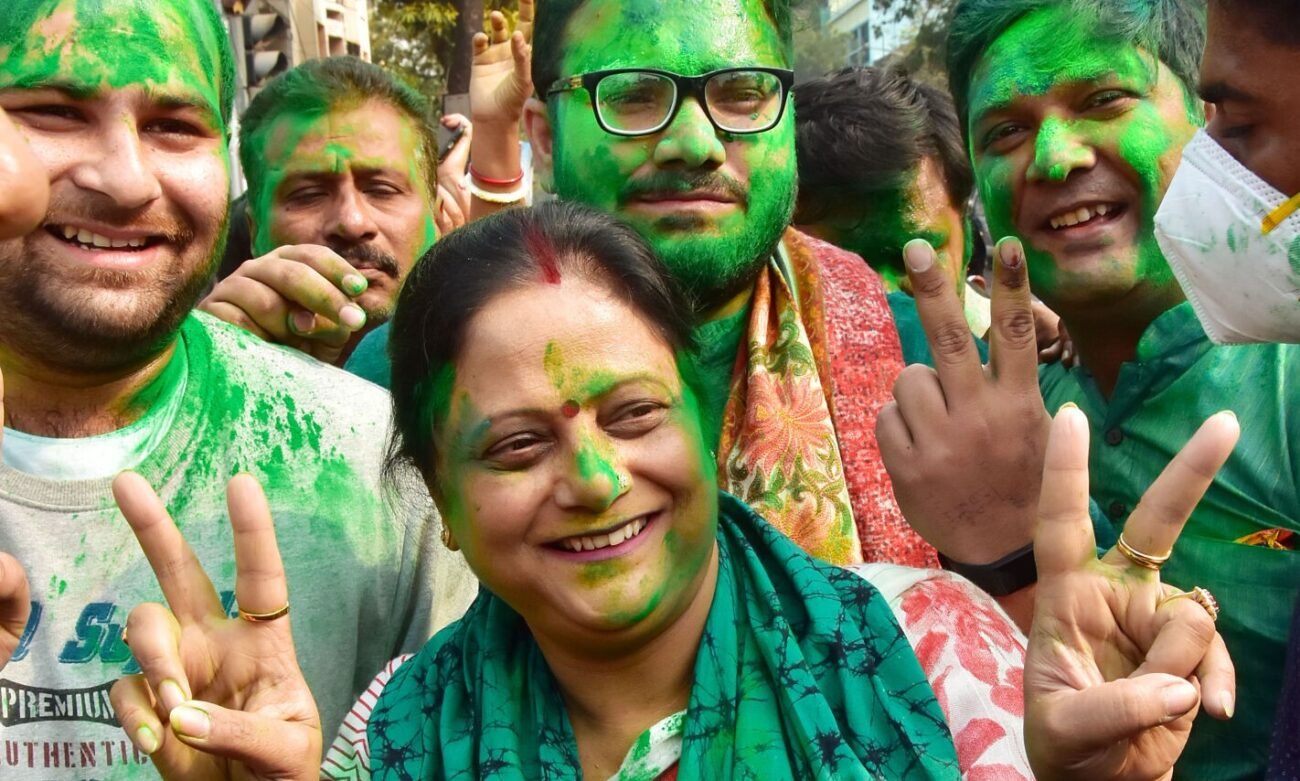 After visiting the Kamakhya temple in the city’s Maligaon area, Banerjee, who was accompanied by her close relatives, left Guwahati for Kolkata.

The Trinamool chief was received in Guwahati by the party’s Rajya Sabha MP, Sushmita Dev.

“I welcome my leader Chief Minister of West Bengal and Chairperson of AITC to Assam. She is here to offer her prayers to Maa Kamakhya and seek her blessings,” Dev, who hails from Silchar and is presently leading the Trinamool in Tripura, said in a tweet.

Recently, 12 Congress MLAs from neighboring Meghalaya led by former Chief Minister Mukul Sangma had joined the Trinamool. The ruling party of West Bengal is making all efforts to make inroads in BJP-ruled Tripura.

Meanwhile in Tripura, the Trinamool celebrated the party’s resounding victory in the KMC polls by distributing sweets among the leaders, workers and people.

The Trinamool registered a historic victory in the KMC elections by winning 134 out of the 144 seats. In 2015, it had won 113 seats, which was so far the highest in recent times. The BJP could manage just three seats, followed by the Left Front and Congress at two each, while three seats were won by Independent candidates.

Addressing a gathering in Agartala, former West Bengal minister Rajib Banerjee and Tripura Trinamool leader Subal Bhowmik said that the party would be successful in the 2023 Assembly polls in the northeastern state, and defeat the BJP to restore democracy.

Rajib Banerjee said that the BJP in Tripura is frightened after seeing Trinamool’s vote share in the recent civic polls in the state.