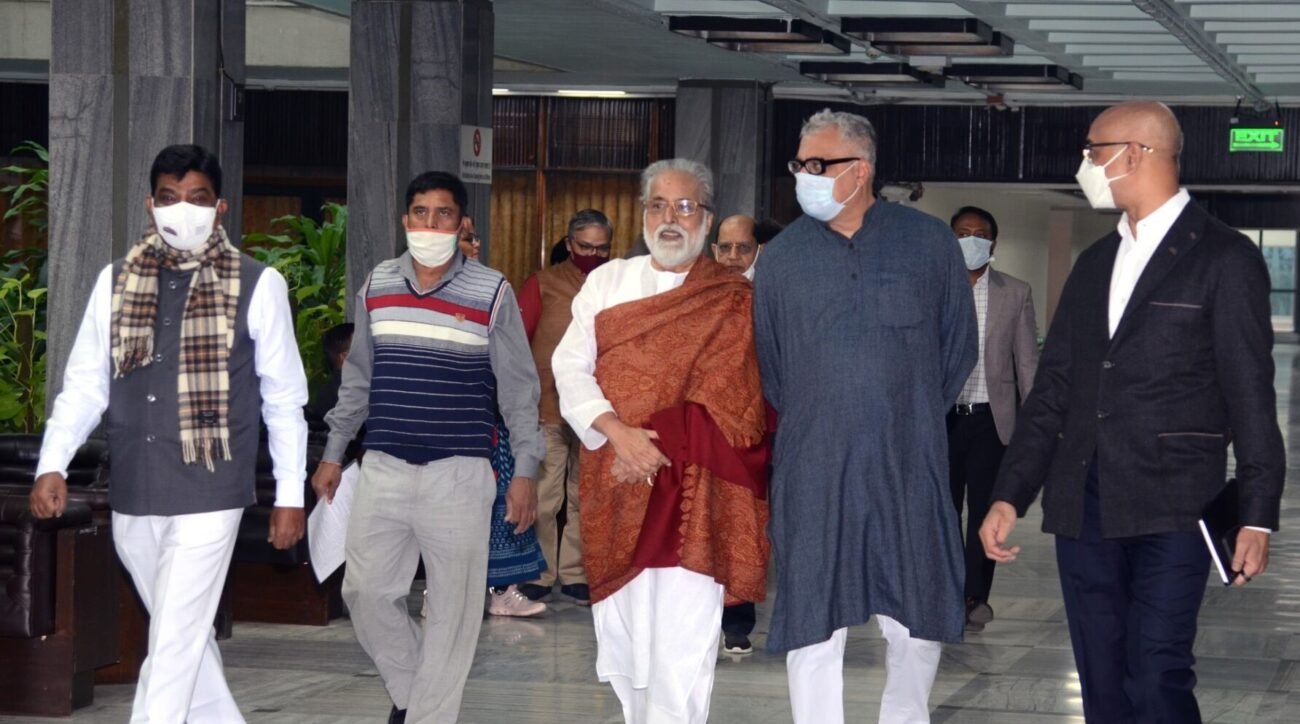 Trinamool Congress’s floor leaders of the Lok Sabha and Rajya Sabha, Sudip Bandyopadhyay and Derek O’Brien, arrive at Parliament for an all-party meeting ahead of the commencement of the Winter Session, in New Delhi on Nov. 28. (ANI photo/Sanjay Sharma)

AGARTALA (IANS) – Notwithstanding the ruling BJP’s resounding victory on Nov. 28 in 20 civic bodies in Tripura, the Trinamool Congress – a new entrant in the state politics – emerged a strong political force in Tripura politics, 14 months ahead of the crucial assembly polls in the saffron party-ruled northeastern state.

According to the political experts, with Trinamool emerging as a formidable party, a multi-corner contest is evident in the 2023 assembly elections – between the BJP, CPI-M-led Left parties, Trinamool, and the Congress, unlike in the previous elections when the main contests were mainly between the Left parties and the non-Left parties led by Congress.

Though the State Election Commission is yet to announce the party-wise vote percentage, unofficial calculation shows that in the civic polls across Tripura, the BJP secured 59 percent votes followed by the Left, 19.65 percent; the Trinamool Congress, 16.39 percent; and the Congress, 2.07 percent.

In the Nov. 25 elections, according to the SEC, over 81 percent of voters have exercised their franchise.

Amid allegations of pre-poll violence by all the Opposition parties, the BJP had earlier won 112 (34 percent) seats uncontested in seven urban local bodies and after the declarations of the results, the party wrested power in the remaining 12 municipal bodies and the politically important Agartala Municipal Corporation.

The BJP candidates won in all the 51 seats in the AMC and 165 seats in the Municipal Councils and Nagar Panchayats.

According to the SEC officials, the main opposition party CPI-M won three seats in three municipal bodies in Kailashahar, Ambassa and Panisagar while the TMC won one seat in Ambassa Municipal council. The Trinamool Congress secured second position in 27 of the 51 seats in the prestigious AMC putting up a big challenge to both the ruling BJP and the key opposition CPI-M led Left parties.

However, the Left parties and the TMC did not put up candidates in all the 334 seats in the civic elections to the AMC and 19 other urban local bodies – Municipal Councils and Nagar Panchayats – alleging unprecedented political violence, attacks and intimidations.

TMC’s national general secretary Abhishek Banerjee in a series of tweets described the party’s performance in the Tripura civic poll as their big success ahead of the 2023 assembly elections in the BJP-ruled Tripura.

“It is exceptional for a party beginning with negligible presence to successfully contest municipal elections and emerge as the principal opposition in the state with more than 20 percent vote share,” he said in another tweet.

The BJP on the other hand claimed that despite conspiracies, the party secured a landslide victory in the civic polls.

“I am thankful to all the people of Tripura and Dev Tulya karyakartas of Tripura BJP for their affection and support. I consider your votes to BJP Tripura as blessings and these blessings motivate us to work harder for the development of all 37 Lakh people of the state,” Deb said in another tweet.

After Tripura became a full-fledged state around 50 years ago, the CPI-M led Left Front governed the state for 35 years (1978-1988 and 1993-2018) and the Congress and allied parties ruled for the remaining period. Since 2018, the BJP became the main political force with the TMC of late trying to set up bases in the northeastern states, leading to a multi-cornered contest in the upcoming assembly polls.

Political commentator Sanjib Deb said that as a multi-cornered contest is expected in the upcoming polls, normally the ruling party gets an electoral advantage.

“The newest force TMC is yet to set up its organizational structures across the state and there is no heavyweight face in Tripura in the Bengal based party.”

“Except a south Indian party, no regional parties, which are mainly leader centric, in India have so far obtained electoral success outside its original territory,” Deb, editor of a regional English daily North East Colors told IANS.