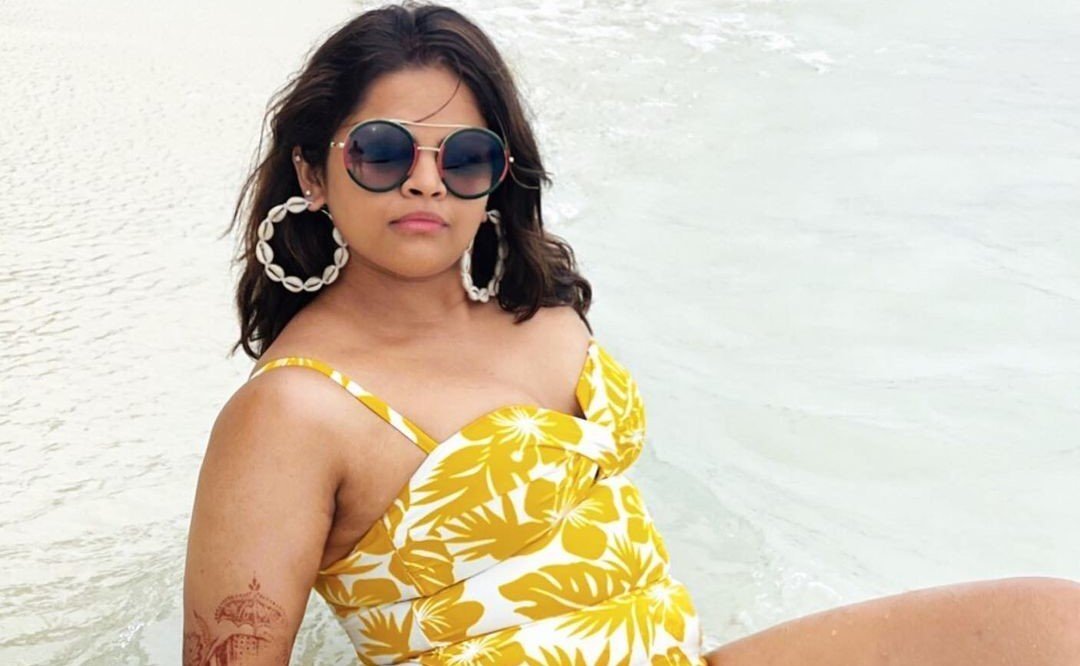 CHENNAI — South Indian actress Vidyulekha Raman was trolled for posting pictures on Instagram that showed her wearing a bikini during her honeymoon trip to the Maldives. The trolls kept asking the actress when she would get a divorce.

The actor married her fiancée, Sanjay, a fitness expert, on Sept. 9 and they had been to the Maldives for their honeymoon. In the caption to her post, in which she’s seen wearing a yellow floral swimsuit, Raman said, “I need six months off twice a year.”

Later, she shared she had been receiving messages and comments asking her: “When is your divorce?” She said she had answered the trolls by saying: “Live and let live.”

In a strong response, the actress said: “Hi Guys, When is my divorce? … Just because I am wearing a swimsuit? Whoa. Get out, 1920 aunts and uncles. Come in 2021! The problem is not the negative comments. But the way we think as a society. If a woman’s clothes are the reason for her divorce, shouldn’t everyone be in a “dressed properly” happy marriage? He (her husband) told me to ignore it and not address it. But I can’t just brush it off.”

She continued: “I can’t change your toxic, narrow-minded, or extremely regressive outlook on life. I hope the women in your life stand up to the sexist, oppressive and downright degrading ways in which you view a woman and her personality. Live and Let Live.”

Social activist and Madurai-based Political Science Professor, Dr Uma Maheswari, speaking to IANS, said, “This mindset has to change and a person has the right to wear and post in her Instagram account. Why are people so much worried about what a woman wears and posts. It’s her personal liberty. Much awareness is required in our society to ensure people have a free and open mind.”