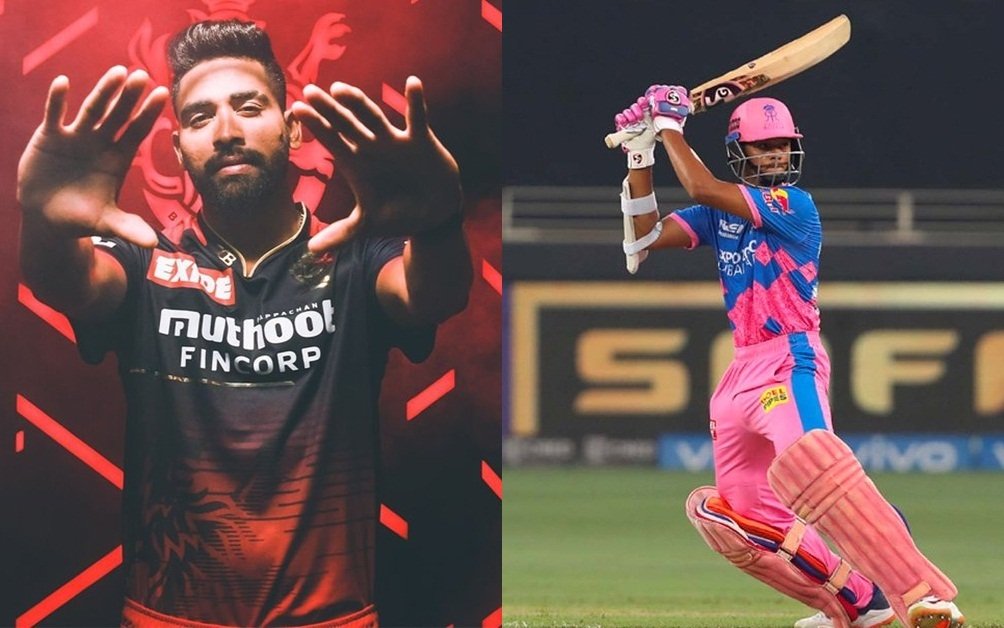 MUMBAI (IANS) – Ever since its inception in 2008, IPL has changed the lives of many cricketers by making them household names and more importantly financially strong.

Old world cricket puritans may criticize players preferring club over country, the promotional hype or other controversial activities, but there is no doubt that the IPL has evolved over the years and players have benefited the most.

The cash-rich league has brought many names in the limelight, who were from the unprivileged ones. Not only they became house-hold names with their franchise but they also got an unprecedented amount of monetary benefit from the IPL.

The IPL has also changed the mindset of the people, who now want their kids to play cricket and make a career out of it. And one reason behind their evolved thinking is IPL, where even a relatively obscure player somehow can find a place in any of the 10 franchises and their life changes drastically.

From Mohammad Siraj to Yashasvi Jaiswal, there have been many cricketers in IPL, who have turned from rags to riches.

Yashasvi Jaiswal
Yashasvi’s cricketing journey is an inspiration to many. Coming from a humble background, he waded through struggles to achieve his dreams.

The younger of two sons to a small-time shopkeeper in Bhadohi in Uttar Pradesh, Jaiswal moved to Mumbai to pursue cricket. His father did not object since he found it hard to feed the family.

But, things were not easy for him in Mumbai as he had no place to stay. His uncle, Santosh had a house but it wasn’t big enough for another occupant. He had requested the owners of Muslim United Club, where he was a manager, if the boy could stay in the tent.

For three years, that tent became Jaiswal’s home. The teenager took pains to ensure that stories of his struggles never reached Bhadohi, as that would end his cricketing career.

Occasionally, his father would send some money but that was never enough. He had to sell pani-puri during the Ram Lila in Azad Maidan and help sell fruits. But there were days when he would go to sleep on an empty stomach as the groundsmen with whom he shared the tent fought with each other.

Despite all the hardship, Yashasvi continued his cricket and went on to become an integral part of the Indian U-19 team which finished as runners-up in 2020. He scored 400 runs during India’s Under 19 World Cup 2020 campaign and based on his performance, Jaiswal was bought by Rajasthan Royals for Rs 2.40 cr ahead of the IPL 2020, which changed his life dramatically.

Rajasthan definitely looked at Yashasvi as a long term prospect and they retained him for Rs 4 crore ahead of the 15th season of IPL.

Mohammad Siraj
Siraj’s father was an auto-rickshaw driver and also found it hard to make ends meet, let alone a quality life. However, destiny had something else in store for the family.

Despite all the struggles, Siraj continued his cricketing journey and made his breakthrough in the Ranji Trophy in 2015. He guided Hyderabad to a quarter-final finish in the Ranji Trophy, taking 41 wickets from nine matches and finishing as the third leading wicket-taker in the tournament.

That effort brought him immense recognition and a place in the Sunrisers Hyderabad franchise for the 10th edition of the IPL. Such was the demand for the fast bowler that he went from a nominal base price of Rs 20 lakh to a final winning bid of Rs 2.6 crore.

Despite playing just six matches for SRH that season, he ended up with 10 wickets, although he was a bit expensive. Later, Royal Challengers Bangalore identified Siraj’s talent and went after him in the 2018 auctions. They beat four other franchises to land pacer at Bangalore for Rs 2.6 crore.

He did not start the first few games but once picked, he became Kohli’s go-to death bowler and Siraj was retained by RCB for Rs 7 cr before the 2022 IPL mega auction. Today, Siraj is also one of India’s mainstays in the bowling line-up in all three formats of the game.

Thangarasu Natarajan
From almost not being able to meet his daily needs to becoming a million dollar baby in the IPL, Natarajan’s journey as a cricketer is heartwarming.

Hailing from the town of Salem, the left arm quickie learnt his basics playing tennis ball cricket. Yorkers bowled with the tennis ball changed to cutters with the seasoned ball but the impact remained the same on the batsman.

The then Kings XI Punjab (now Punjab Kings) picked him up for Rs 3 crore for IPL 2017, making him one of the most expensive uncapped buys of the auction after his sterling performances in the domestic season and in the first season of TNPL as well. He played in 6 games in his debut IPL season and picked up 2 wickets.

Later, he also represented the India cricket team and played a crucial role in their victory in the last Test match on the Australia tour.

Natarajan’s father was a daily wage worker while his mother would help with earning a living by selling meat. They had a difficult time maintaining the increasing living expenses of day-to-day life until Natarajan struck gold in the IPL auction.

Son of a laborer from Rajasthan, Nathu is known for his raw speed which is a big plus in a country like India, who are perpetually hungry for pace.

After missing out on a place in the Jaipur side, he had to make do with a place in Sikkar’s team. However, he got recognition and garnered attention with his pace.

Singh comes from a family accustomed to financial hardships. His father was a labourer in a factory near Jaipur and found it hard to make ends meet with the minimum wages that he got but things changed completely when he was bought by Mumbai Indians for a whopping Rs 3.2 crore for IPL 2016.

Though he hasn’t been able to make a name for himself in the IPL yet, he hasn’t had to look back financially ever since. These days he is a regular in the Rajasthan side in domestic cricket and could start knocking on the Indian doors with his consistent performance.