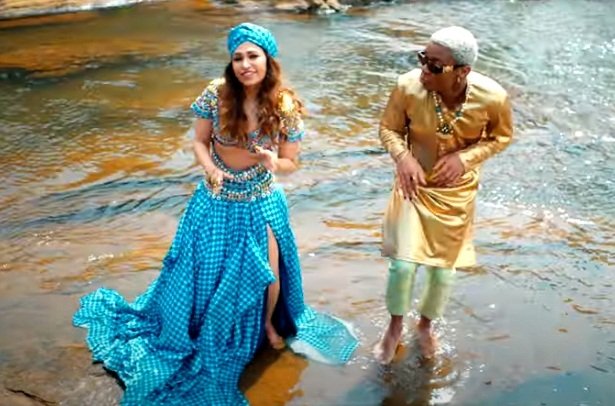 MUMBAI, (IANS) – The new version of the track ‘Shut Up’, which is a collaboration between singer Tulsi Kumar and Ghanaian musician KiDi, was unveiled on Saturday. The upbeat number, this time, has been composed by Tanishk Bagchi along with Jack Knight and Soundmanlos, while the catchy lyrics of the song are penned by KiDi and Bhrigu Parashar.

KiDi said: “Tulsi Kumar is a talent house and I was completely blown away when I first came across the entire idea of recreating ‘Touch It’. An Indian version in collaboration with Tulsi, ‘Shut Up’ got me excited to the core as the whole song captures flavors of India. It doesn’t only sound great, but the video has turned out to be a grand spectacle. Capturing the Indian essence in a true blue sense, I really hope the audience shower, immense love, on this version as they did to the previous one.”

‘Shut Up’ was already a social media sensation with countless Instagram reels tuned to its beats. The music video of the new version, directed by Adil Shaikh, has been shot in Kerala.

Excited about her first international collaboration, Tulsi Kumar said: “‘Shut Up’ has indeed been a joy-ride to work on! Right from KiDi and me connecting over the idea to shooting the entire video, it feels like a dream! KiDi and I come from completely different cultures and music is the only thread that connects us.”

She further said: “He is a gem of a person; the process of shooting this video was an adventure as we literally shot the video in 2 days for which the entire experience felt like a rollercoaster and with KiDi it became a fun ride. Made with so much of love and passion, we really hope this Indian version receives much love and adulation like the original one.”

Presented by T-Series, ‘Shut Up’ has been produced by Bhushan Kumar and is available to stream on the T-Series YouTube Channel.