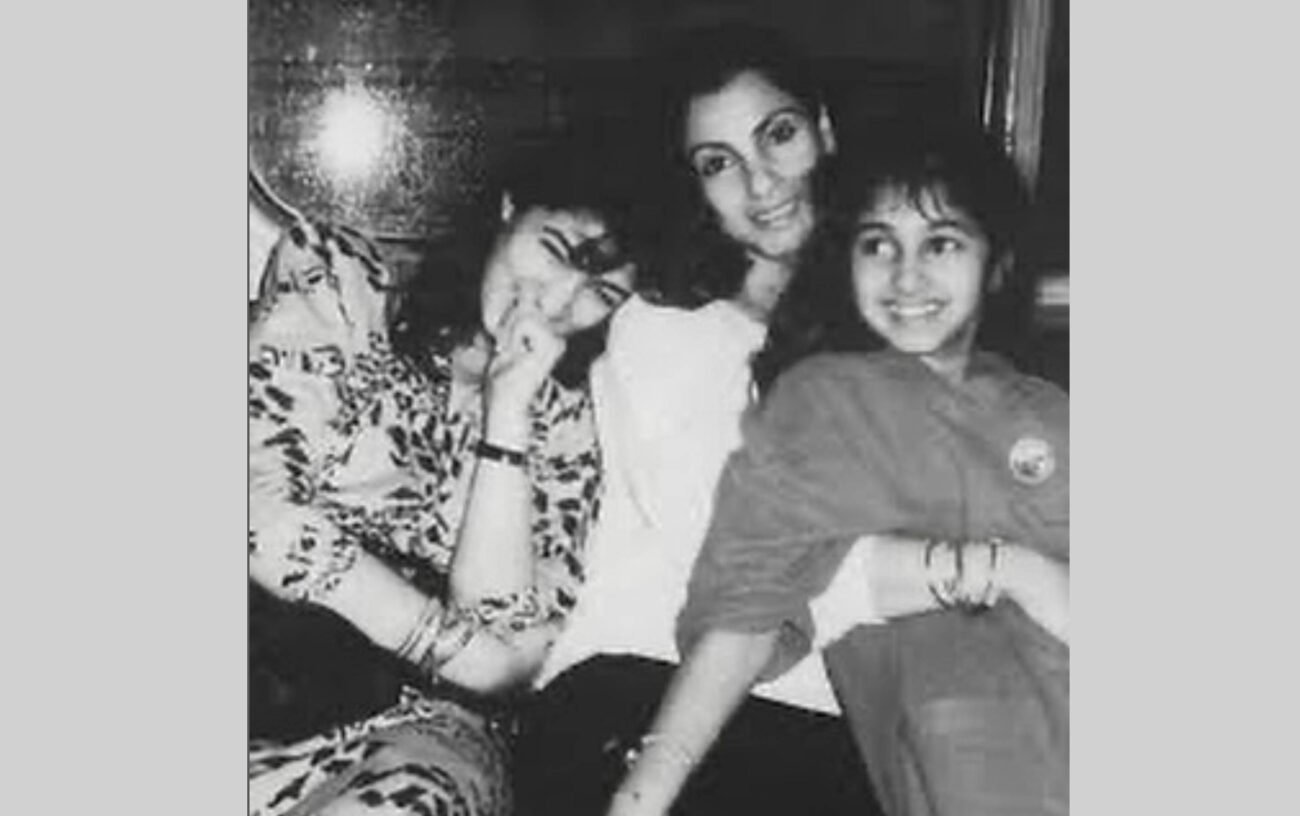 MUMBAI, (ANI) – On Dimple Kapadia’s 65th birthday on June 8, her daughter Twinkle Khanna took to social media to post a throwback picture of herself with her younger sister Rinke Khanna posing with their veteran actor mother.

“The birthday girl’s heart is even more beautiful than her face. Happy Birthday, Mom!” Twinkle captioned her post. In the monochrome photo, Twinkle, the author of ‘Mrs. Funny bones’, can be seen affectionately tilting her head on Dimple’s shoulder, trying to cover her smile with her hand.

Dimple on the other hand also sports a gentle smile while holding Rinke Khanna. The mother and daughters made for a happy picture.

Dimple Kapadia stepped into the world of films in Bollywood with her debut film ‘Bobby’, in the year 1973. She rose to fame when she was just 17 years. Six months after the release of ‘Bobby’, Dimple got hitched to superstar Rajesh Khanna, whom she was a die-hard fan of.

However, they soon parted ways in the year 1982. Dimple was a mother of two by then, Twinkle and Rinke Khanna. She returned to making films after two years. According to Dimple, the reason for her and Rajesh Khanna’s split up was because they both were “different kind of people.”

Dimple has a list of several notable films to her name like ‘Sagar’, ‘Ram Lakhan’, ‘Batwara’ ‘A Thursday’, and many more to her name. Dimple has established a name for herself in Bollywood and s regarded as one of the finest actors.

Meanwhile, Dimple’s daughter, Twinkle Khanna, who was also a former actor, launched her first book Mrs Funnybones: She’s Just Like You and a Lot Like Me in the year 2015 and came up with her second book ‘The Legend of Lakshmi Prasad’ in 2016.

Twinkle’s short story titled ‘Salaam Noni Appa’ from her book ‘The Legend of Lakshmi Prasad’ is all set to be made into a movie as well.