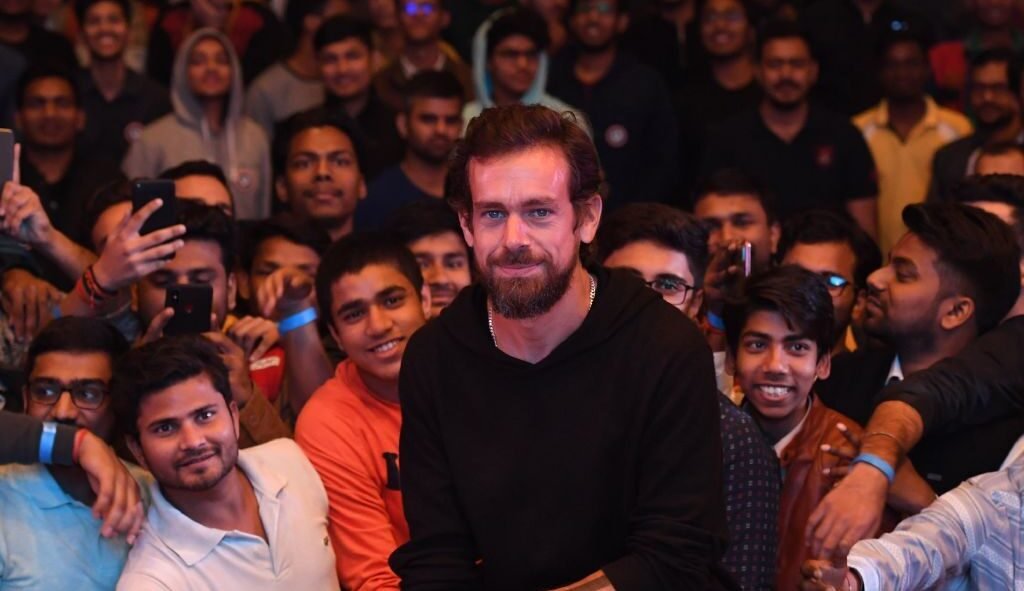 Twitter co-founder Jack Dorsey poses with students after an interaction session at the Indian Institute of Technology (IIT) in New Delhi on Nov. 12, 2018. Dorsey hosted a town hall meeting with university students on his visit to the Indian capital New Delhi. (Prakash Singh/AFP via Getty Images)

NEW DELHI — Amid the tussle between Twitter and the union government over the new IT rules, Union Electronics and IT Minister Ravi Shankar Prasad was denied access to his Twitter account for almost an hour over alleged violations of the US’ Digital Millennium Copyright Act.

Although he was subsequently allowed to access the account, taking to India-made micro-blogging platform Koo, the minister called the action by the US-headquartered Twitter as “a gross violation of the IT guidelines.”

“Twitter’s actions were in gross violation of Rule 4(8) of the Information Technology (Intermediary Guidelines and Digital Media Ethics Code) Rules 2021 where they failed to provide me any prior notice before denying me access to my own account,” he said.

Prasad, who has been at the forefront of government’s drive to bring in more compliance and stricter norms for social media platforms, added: “It is apparent that my statements calling out the high handedness and arbitrary actions of Twitter, particularly sharing the clips of my interviews to TV channels and its powerful impact, have clearly ruffled its feathers.”

Further, the minister, who also handles the portfolio of law said that it is now apparent as to why Twitter is refusing to comply with the Intermediary Guidelines because if Twitter does comply, it would be unable to arbitrarily deny access to an individual’s account which does not suit their agenda.

In a series of posts on Koo, the minister also said that Twitter’s actions indicate that they are not the harbinger of free speech that they claim to be but are only interested in running their own agenda, with the threat that if you do not toe the line they draw, they will arbitrarily remove you from their platform.

“No matter what any platform does they will have to abide by the new IT Rules fully and there shall be no compromise on that,” he added.

Twitter, on the other hand, has lost its status of intermediary platform in India over non-compliance to the new intermediary guidelines.

As a result of the development, the company has lost its legal shield in the country from prosecution over posts.

The micro-blogging platform recently said that it has appointed an interim Chief Compliance Officer, as per the new norms, and the details of which would be soon shared with the IT Ministry directly.