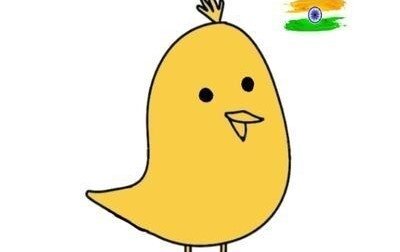 Koo currently has about 3 million users and traffic to the platform rose as much as by 30 times Feb. 10, according to a source familiar with the matter. (IANS photo)

NEW DELHI – Homegrown, vernacular microblogging platform Koo, which has emerged as a favorite among a section of users who want to quit Twitter, has found itself in the midst of several controversies, including a data leak row and Chinese investment.

These issues have emerged at a time when the platform is trying to keep its systems up in the face of a sudden influx of users, including several cabinet ministers and various ministries in the wake of the ongoing Twitter-government war of words.

The issue of data leak row rocked the platform after a French security researcher who goes by the name Elliot Alderson on Feb. 11 claimed that the platform was leaking user data like date of birth, marital status, etc.

“You asked so I did it. I spent 30 min on this new Koo app. The app is leaking of the personal data of his users: email, dob, name, marital status, gender,” said Alderson as he also posted a screen shot of a user data.

Koo co-founder and CEO Aprameya Radhakrishna denied that there was any data leak.

“Some news about data leaking being spoken about unnecessarily. Please read this: The data visible is something that the user has voluntarily shown on their profile of Koo. It cannot be termed a data leak. If you visit a user profile you can see it anyway,” Radhakrishna said in a tweet.

Alderson, who has earlier alleged flaws in the Aadhaar platform and Aarogya Setu app, quickly reacted, saying, “Update: Koo founder commented the leak. It’s a lie. I did check this point before tweeting and it was not true.”

Another controversy that has hit the platform is the issue of investment from China as the platform pitches itself as an “AatmaNirbhar (self-reliant) app.” However, Koo CEO clarified that the Chinese investor, who had invested in the earlier brand Vokal, was on its way out.

“Koo is an India registered company with Indian founders. Raised earlier capital 2.5 years ago. Latest funds for Bombinate Technologies is led by a truly Indian investor 3one4 capital. Shunwei (single digit shareholder) which had invested in our Vokal journey will be exiting fully,” Radhakrishna said.

Koo earlier this month announced that it has raised $4.1 million as part of its Series A funding.

Infosys veteran Mohandas Pai’s 3one4 Capital is the latest addition to the investors on board, it said, adding that Accel Partners, Kalaari Capital, Blume Ventures and Dream Incubator also participated in the round.

Koo currently has about 3 million users and traffic to the platform rose as much as by 30 times Feb. 10, according to a source who is familiar with the matter.

User base of the platform, according to the source, has also increased dramatically over the past two days.

The growth comes amid a controversy surrounding Twitter which refused to fully comply with the government’s order to block some tweets and Twitter accounts, citing the right to freedom of expression.

“We have got more love than we expected. Our systems are facing more load than ever. Thank you for placing your trust in us. Our team is working on overdrive to fix it. We request your patience and support through this time. Let’s do this together,” Radhakrishna said.

The Associated Press adds: India has chided Twitter for not complying with its orders to remove certain accounts and content, warning the social media platform that it “must respect” Indian laws “irrespective of Twitter’s own rules and guidelines.”

“We value freedom and we value criticism because it is part of our democracy. But freedom of expression is not absolute and it is subject to reasonable restrictions” as mentioned in the constitution, India’s Ministry of Electronics and Information Technology said in a statement late Feb. 10.

Twitter has found itself in a standoff with the government after it refused to fully comply with last week’s government order to remove some accounts, including those of news organizations, journalists, activists and politicians, citing its “principles of defending protected speech and freedom of expression.”

The government said the accounts — unspecified in number — were using provocative hashtags to spread misinformation about the massive farmer protests that have rattled Prime Minister Narendra Modi’s administration.

Twitter responded by temporarily blocking some of those accounts. It, however, refused to outright suspend them as suggested by the government and imposed restrictions on them only within India. Twitter subsequently restored them after online outrage.

Critics have accused the government of using the protests to escalate a crackdown on free speech.

Twitter’s actions appeared to irk Modi’s government, which over the years has sought to tighten its grip over social media, particularly Twitter and Facebook. The government served Twitter a non-compliance notice and threatened its officials with a fine and imprisonment of up to seven years for violating the order.

The ministry in its statement said it was disappointed after Twitter “unwillingly, grudgingly and with great delay” complied with only parts of the government’s orders.

It cited Twitter’s crackdown on accounts after last month’s Capitol Hill insurrection in the United States, calling it a “differential treatment” to India. It said what happened in Washington was comparable to the violence at India’s Red Fort on Jan. 26 when a group of protesting farmers veered from an agreed protest route and stormed New Delhi’s 17th century monument.

The clampdown on Twitter accounts comes as thousands of farmers have camped outside the capital for months to protest new agricultural laws they say will devastate their earnings. The government says the laws will boost production through private investment.