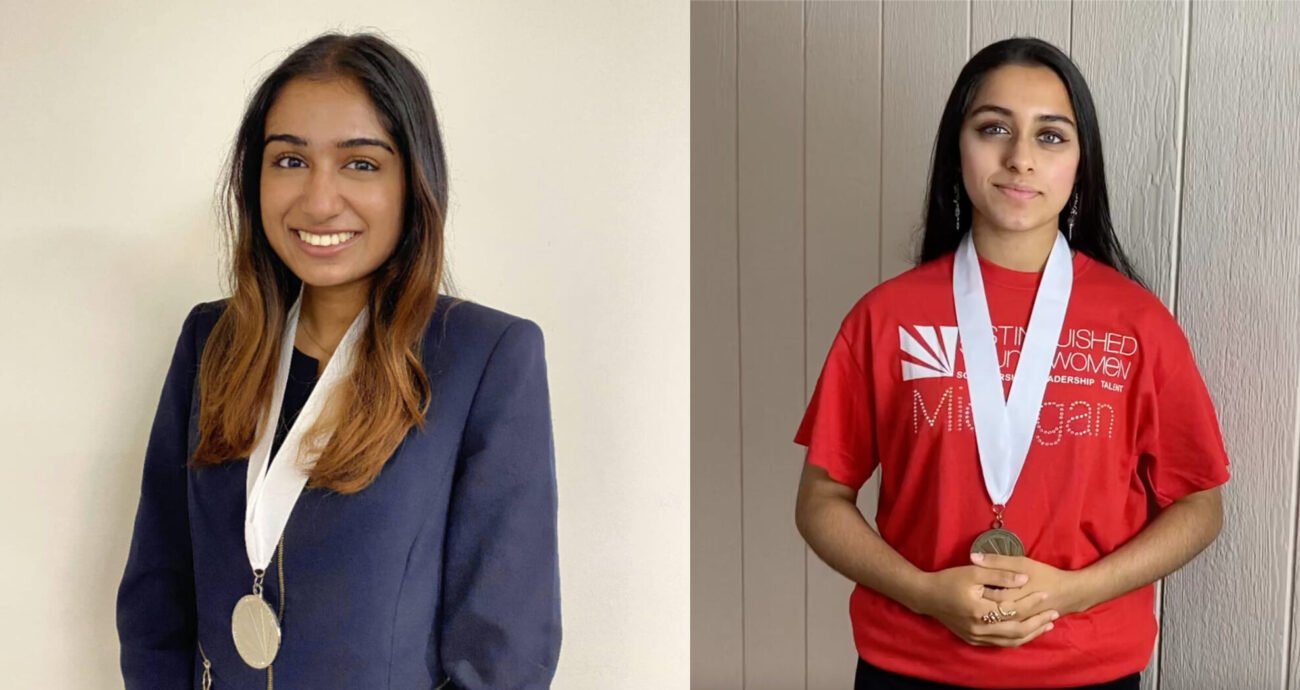 Two accomplished Indian American students, Sharanya Swaminathan of Michigan and Keerthana Ramanathan of Minnesota, will be representing their respective states at the ‘2022 Distinguished Young Women of America’ competition.

Distinguished Young Women is a platform that combines the chance to win college scholarships with a program that offers life skills training to prepare young women for the world after high school. The program takes place in all 50 states and Washington, D.C., with some states having local programs as well.

So far, only ten states have announced their representatives.

Each year, over $1 billion in scholarships is made available to young students.

Troy-based Swaminathan hopes to attend the University of Michigan and pursue a career in business administration and public policy. In the talent round, she presented a dance.

Ramanathan of Eden Prairie plans to attend Northwestern University and aspires to become a surgical oncologist. She presented a classical Indian dance called Alarippu (traditional) in the talent section.

In the last few years, close to a half-dozen Indian American students have competed at the national finals.

In 2021, Sanya Surya represented Oregon, winning $1,000 in the interview and self-expression categories.

In 2019, Clive, Iowa, resident Maya Shah and Brianna Patel of Novi, Michigan, represented their respective states. In 2015, Neerja Patel represented her state as the ‘Distinguished Young Woman of Vermont’; in 2016, Indian American Sruthi Palaniappan of Cedar Rapids, Iowa; and in 2017, Neha Arora of Madison, Mississippi, were among 50 young women