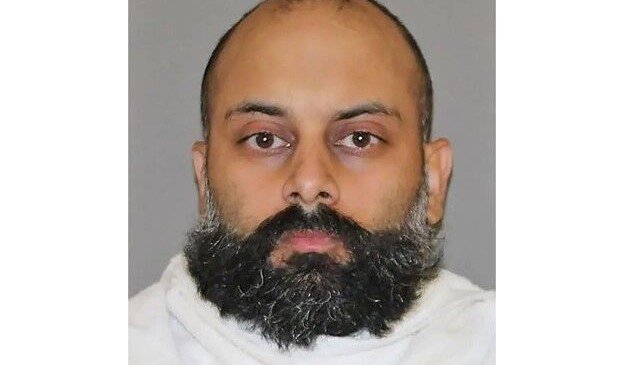 An Indian American man in Roanoke April 3 was arrested on suspicion of two counts of manslaughter, three counts of endangering a child and one count of aggravated assault with a deadly weapon.

Yahoo News reports that 40-year-old Vijender Chauhan, of Crowley, Texas, was riding a backhoe along a private road near Roanoke when he caused the front bucket to dump, and two children riding in it fell to the ground, according to the Texas Highway Patrol.

The backhoe ran over the 11-year-old boy and 7-year-old girl, and they died at the scene outside their house, the report said.

The relationship between Chauhan and the victims, who have the same last name, was not clear, according to the report.

Shivraj Chauhan, known as Raj, and Sonakshi Chauhan were students at Trinity Valley School, according to an email the Fort Worth K-12 private school sent on April 6 to the parents of all of its students.

“It is difficult to find the words to express the sorrow we all feel for the loss of our young students,” Blair Lowry, the head of the school wrote, according to the report.

“Teachers, coaches, and administrators have provided opportunities for students to navigate their grief or to find solace in play or routine. We will continue to support our students in the days and weeks to come,” Lowry wrote.

The children were killed about 7:30 p.m. in the 1600 block of Chapel Hill Court. Multiple children and adults were riding on various moving parts of the backhoe when the Chauhans were dumped, according to the highway patrol.

Two other children suffered injuries and were taken to hospitals for treatment. An adult was seriously injured and taken to a hospital, the report said.

The driver of the backhoe was not injured, the highway patrol said in the report.