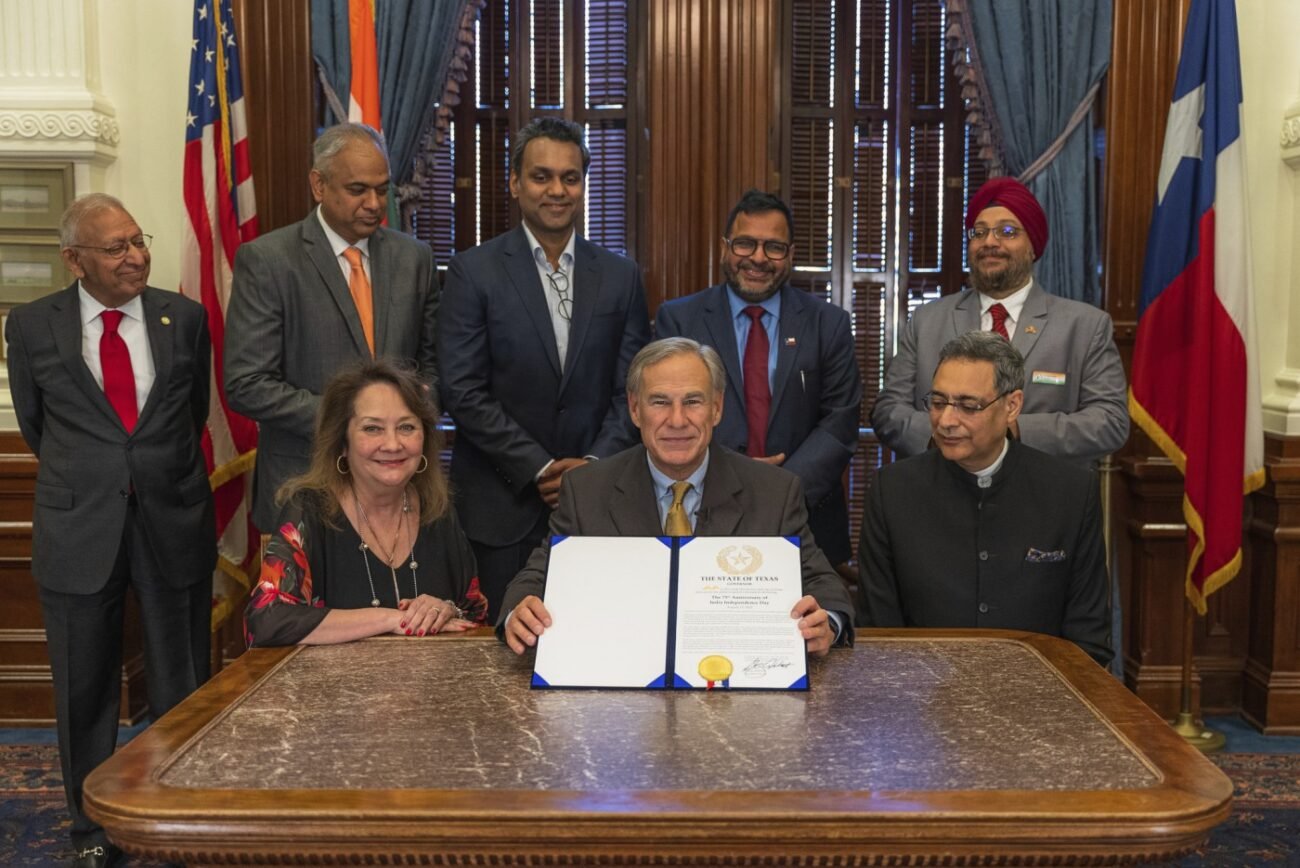 The Governor signed the proclamation at a ceremony at the Texas Capitol ahead of India Independence Day, where he was joined by Consul General Aseem Mahajan and First Lady Cecilia Abbott.

“After nearly a century of oppressive colonial rule, the visionary Mahatma Gandhi mounted a tireless, nonviolent campaign that sought deliverance from the subjugation of the British Raj,” reads the proclamation. “In so doing, he paved the way for the 1947 Indian Independence Act, which ushered in a new age of freedom, justice, and security for the people of India. The resultant celebrations of 1947 resonate still to this day, and we must continue to commemorate and recognize the extraordinary work of the brave men and women who brought an entire subcontinent’s dreams to fruition.”