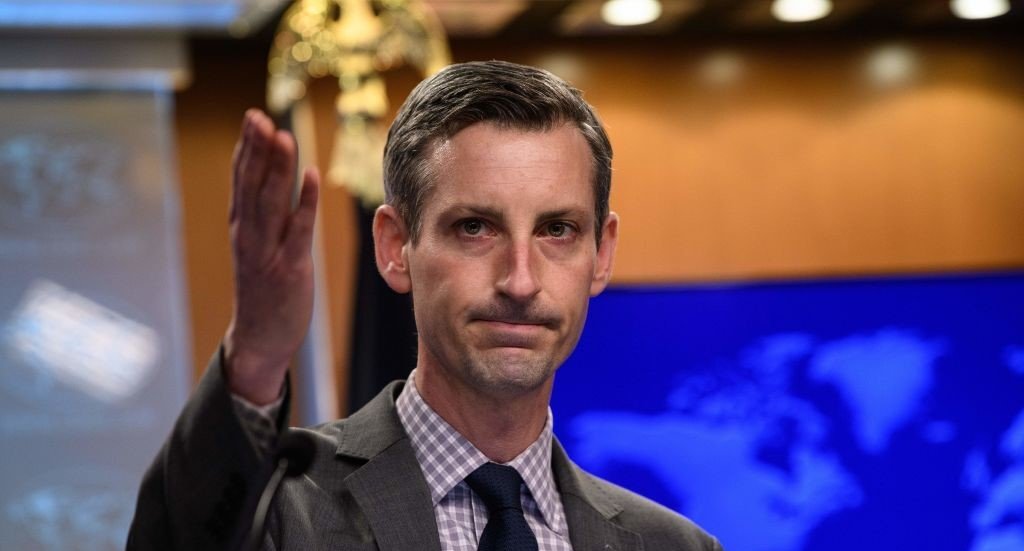 NEW YORK – The U.S. State Department has denied that it has issued new guidance to American citizens in India to leave the country as reported by some media.

Department spokesperson Ned Price said April 29 that there has been “some misreporting, perhaps a misperception, that we provided revised guidance to private American citizens in India. That is not true.”

He clarified that the department had only reissued a routine travel advisory for India that also applies to “80 percent of the countries.”

He said, “There was a ‘pro forma’ reissuance of the travel advisory, the Level 4 travel advisory that had previously been in effect, given Covid (is) not only in India but also globally as well.”

“I believe 80 percent of countries around the world are now at Level 4 Travel Advisories,” he said.

“So when it comes to our guidance to Americans in India, that did not change. What did change was the ability of American (diplomatic) family members to depart India on a voluntary basis should they choose to do so,” he explained.

Price also said that a notification by the State Department approving voluntary departure of family members of U.S. government employees in India did not amount to requiring them to leave the country.

He clarified that the “‘authorized departure’ doesn’t force anyone to leave; it doesn’t require anyone to leave. It gives these family members the option to depart if they wish. Departure, again, is not required.”

Asked if the U.S. considered stopping all flights from India, Price said that decision “is something that is determined in close coordination and under the advice of public health professionals at CDC and HHS.

The CDC has four levels of Covid-19 risk assessment for countries, ranging from Level 1 “low” to Level 4 “very high.”

India is one of about 135 countries currently on CDC’s Level 4 list which includes most developed countries like Britain, the Netherlands, Germany and Denmark.

The countries in the other three less riskier levels are almost all developing nations with the exception of a few like Japan, New Zealand, Singapore and Iceland.

The Smart Traveler Enrollment Program notification issued on April 28 that Price referred to said that “U.S. citizens who wish to depart India should take advantage of available commercial transportation options,” but did not say they should leave as claimed in some media reports.”

It also advised against travel to parts of Jammu and Kashmir, the border with Pakistan, Northeastern states and in areas with Naxalite activities.