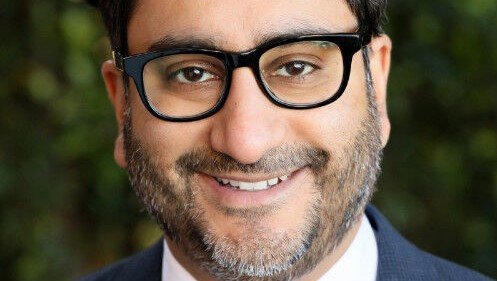 Mahajan was first brought to the forefront on Feb. 24 when announcing that Woods was awake and recovering following long procedures to his lower right leg.

Woods suffered the injuries in a Feb. 23 accident in suburban Los Angeles.

“Comminuted open fractures affecting both the upper and lower portions of the tibia and fibula bones were stabilized by inserting a rod into the tibia. Additional injuries to the bones of the foot and ankle were stabilized with a combination of screws and pins. Trauma to the muscle and soft-tissue of the leg required surgical release of the covering of the muscles to relieve pressure due to swelling,” Mahajan said.

LA Sheriff’s Deputy Carlos Gonzalez, who was the first to arrive at the wreck, said that Woods was very fortunate to come out of the crash alive. “Tiger was able to speak to me lucidly,” Gonzalez said. Woods appeared “incredibly calm,” he said, likely because he was in shock, according to reports.

Woods was on his way for a photo shoot with Discovery-owned GOLFTV, and was alone in his silver colored SUV when he crashed a few minutes after 7 a.m. He crossed two oncoming lanes and rolled over several times before coming to a stop. No other cars were involved in the crash, the reports noted.

On Feb. 26, Mahajan released another statement, noting that Woods – who, according to law enforcement officials, was not impaired at the time of his crash – was transferred to Cedars-Sinai Hospital.

“On behalf of our staff, it was an honor to provide orthopedic care trauma care to one of our generation’s greatest athletes,” Mahajan said in the statement. “Harbor-UCLA Medical Center is a teaching hospital and one of only five Level 1 Trauma Centers in Los Angeles County.”

According to Cedars’ website, their hospital is also a level 1 trauma center.

The reason for the transfer has not been released, but Cedars-Sinai is known for its sports rehabilitation center, reports said.

Mahajan noted that the 15-time major golfing champion “shattered bones in his lower right leg in multiple locations, with additional injuries in his ankle and foot.”

As CMO, he directly supervises the chairs of all 12 clinical departments and oversees the management, quality, and delivery of all medical services. He also serves as associate dean of the UCLA-David Geffen School of Medicine and is responsible for the graduate medical education and academic affairs of more than 500 resident and fellow trainees and nearly 300 full-time faculty physicians at Harbor-UCLA.

From 2012 through 2016, Mahajan was director of system planning, improvement and data analytics for the Los Angeles County Department of Health Services, the second largest municipal health system in the nation.

Since 2014, Mahajan has also served as chair of the Board of the L.A. Network for Enhanced Services, a Health Information Exchange nonprofit.

He is also a member of the Board of Directors of L.A. Biomedical Research Institute.

In 2009, he was appointed by President Obama to serve as a White House Fellow in the Office of Management and Budget, where he was a special advisor to OMB director Peter Orszag during the lead-up to and passage of the Affordable Care Act. At OMB, he worked on health reform, rule development for the HITECH Act, and other health policy strategy and regulation, the bio added.

Mahajan received a B.A. in public policy and M.D. from Brown University. He also completed a M.P.H. in international health from Harvard School of Public Health and M.S. in Health Services from UCLA. He completed his residency in internal medicine and was a Robert Wood Johnson Foundation Clinical Scholar at UCLA.