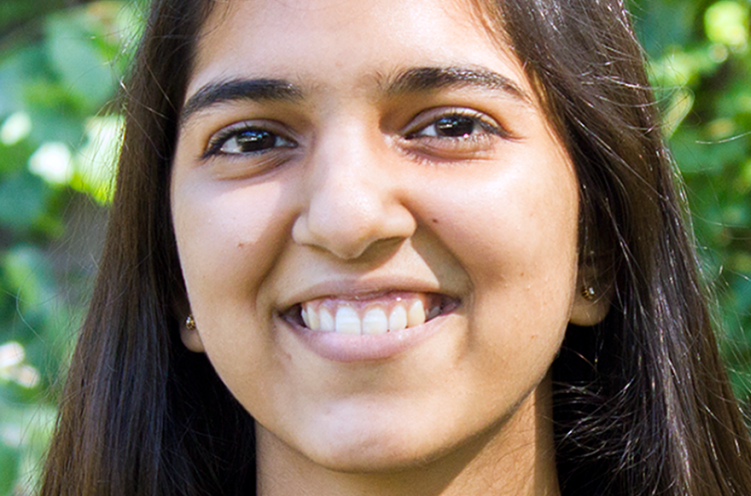 An Indian American recent Goldwater Scholar from the University of Illinois at Chicago, Ashma Pandya, is hoping to build the first living cell prototype.

The honors college member, the university said in an April 26 report, held a human brain in her hands at the All India Institute of Medical Sciences in New Delhi during her junior year of high school.

The experience led her to a question.

“How did life first emerge from a primordial chemical soup of peptide chains and amino acids?” she wondered, according to the report.

The question has driven her pursuit of science and eventually evolved into a dedicated research mission — to build a prototype of the first living cell, according to the report.

Pandya produced her first research publication as a senior in high school. The co-authored book chapter correlating antibiotic resistance to bacterial evolution was informed by her internship at the Bioinformatics Centre within the Council of Scientific and Industrial Research’s Institute of Microbial Technology in India, the university noted.

Shortly after her family immigrated from India to Naperville in August 2019, she continued this research interest at the University of Illinois Chicago.

As a sophomore majoring in biochemistry with a minor in computer science, Pandya’s self-designed undergraduate studies encompass advanced topics in organic, inorganic and physical chemistry, along with biology courses covering genetics, cell biology and animal physiology.

Pandya’s research and academic success early in her college career has led to her recent recognition as a Goldwater Scholar, as reported earlier by India-West.

Since February 2020, Pandya has worked in the laboratory of Andy Nguyen, UIC assistant professor of chemistry, where some of her research has dealt with the design of nanocages that carry an anticancer drug in the body and aim to deliver the medication only when it reaches the tumor, the report said.

“Currently, even the most successful anticancer drugs fail to distinguish between healthy and cancerous cells, so much so that only 1% of the administered drug dose actually reaches the tumor. This causes a lot of toxic side effects and limits the patient population that can be treated,” she said.

Her current work involves the fundamentals of peptide chemistry, which will play a significant role in her future work as an origin of life researcher, while the spectroscopic techniques she uses have several applications in biophysics, the report adds.