HomeIndiaIndia and the worldUkraine: India Abstains From Voting, Calls for Diplomacy 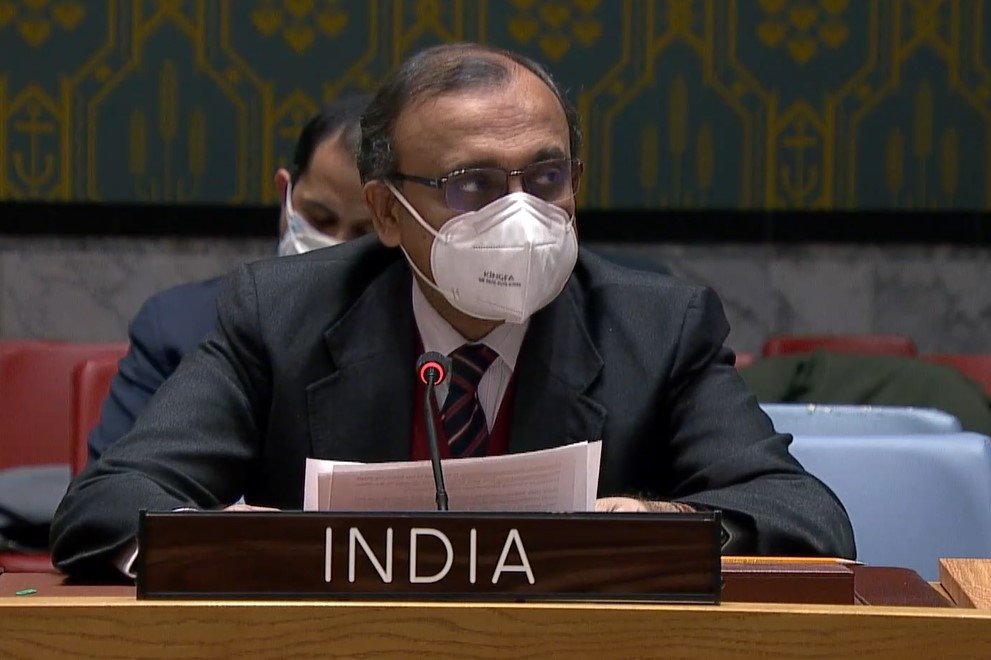 NEW YORK, NY (IANS) – India has called for de-escalating of tensions around Ukraine through a diplomatic solution that addresses “legitimate security interests of all” as the US and Russia clashed in the Security Council on Jan.31.

India’s Permanent Representative T.S. Tirumurti said, “It is our considered view that the issue can only be resolved through diplomatic dialogue,” he said, adding: “Quiet and constructive diplomacy is the need of the hour.”

The US and Britain, in particular, have warned of an imminent Russian invasion of Ukraine.

Earlier, India abstained on a procedural vote on the Council meeting discussing the threats to peace arising from the situation around Ukraine.

Moscow opposed the proposal made by the US to take up the “international threats to peace” due to what the US said was the build-up of Russian troops on Ukraine’s border.

China joined Russia in voting against the agenda item.

Jan.31 is being seen as the last day to have a discussion of the Ukraine issue before Russia takes over the presidency of the Council on Feb.1 under the system of monthly rotation of leadership.

Tirumurti told the Council, “More than 20,000 Indian students and nationals live and study in different parts of Ukraine, including in its border areas. The well-being of Indian nationals is of priority to us.”

Tirumurti said that India urges “all parties to continue to engage through all diplomatic channels and to keep working towards the full implementation of the ‘Minsk Package’.” The Minsk Package is a set of agreements reached in 2014 and 2015 among representatives of Russia, Ukraine, Ukrainian separatists, and the multinational Organization for Security and Cooperation in Europe for the de-escalating the situation in Ukraine. Russia, Ukraine, Germany, and France have been engaged in a process of diplomacy to deal with the situation that is known as the Normandy Format.

US Permanent Representative Linda Thomas-Greenfield warned, “We will be decisive, swift, and united should Russia further invade Ukraine.” But she also said later that the US has no plans to “weaken” Russia.

“Russia’s aggression today not only threatens Ukraine. It also threatens Europe. It threatens the international order this body is charged with upholding,” she said.

Russia’s Permanent Representative Vassily Nebenzia said that Moscow has “categorically been rejecting” plans for an invasion of Ukraine.