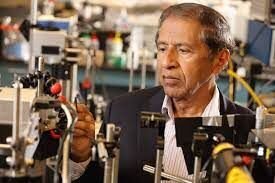 The project, “Beaming of Energy via Lasers for Lunar Exploration,” focused on powering devices in dark areas on the moon that receive no sunlight by using lasers to transmit energy to rovers, according to a university report.

During the design process, the team had to overcome difficulties associated with working on their project in light of COVID-19 restrictions, the report said.

The Big Idea Challenge is a competition that provides undergraduate and graduate students the opportunity to design, test and build solutions for that year’s challenge and support future NASA missions through competition projects.

In 2020, NASA sought to address a challenge that they face with their Artemis program.

NASA’s Artemis program seeks to return humans to the moon by 2024. Robotic precursor missions are being carried out to reduce technical and programmatic risks to humans and seek to explore regions of the moon of interest to human explorers using rovers, the report said.

Areas of high interest are the permanently shadowed regions near the lunar polar regions that have been dark for billions of years. The problem lies in getting energy for the rovers, which typically use solar panels, it adds.

“At the top of the craters, there is plenty of sunshine,” Gupta told The Cavalier Daily university publication.

“The idea we proposed is to harness the sunlight at the top of the craters, convert the solar light to electric power and use it to run a laser. That laser light can be beamed into the permanently shadowed regions and also can be tracked to provide power to a moving object like a rover,” Gupta added.

Gupta was uniquely equipped to tackle this problem, as the director of the National Science Foundation-funded Center for Laser and Plasma for Advanced Manufacturing, it said.

After learning about the challenge’s focus, Gupta contacted fourth-year engineering student Jacob St. Martin, who had done previous research in Gupta’s lab. St. Martin was interested in the project, and they began assembling an interdisciplinary team, according to the report.

The team received a $123,000 grant and began work in March, but then the pandemic hit.

Gupta commended the team for their dedication — the long hours the team spent working on their poster and coordinating their presentation paid off, it said.