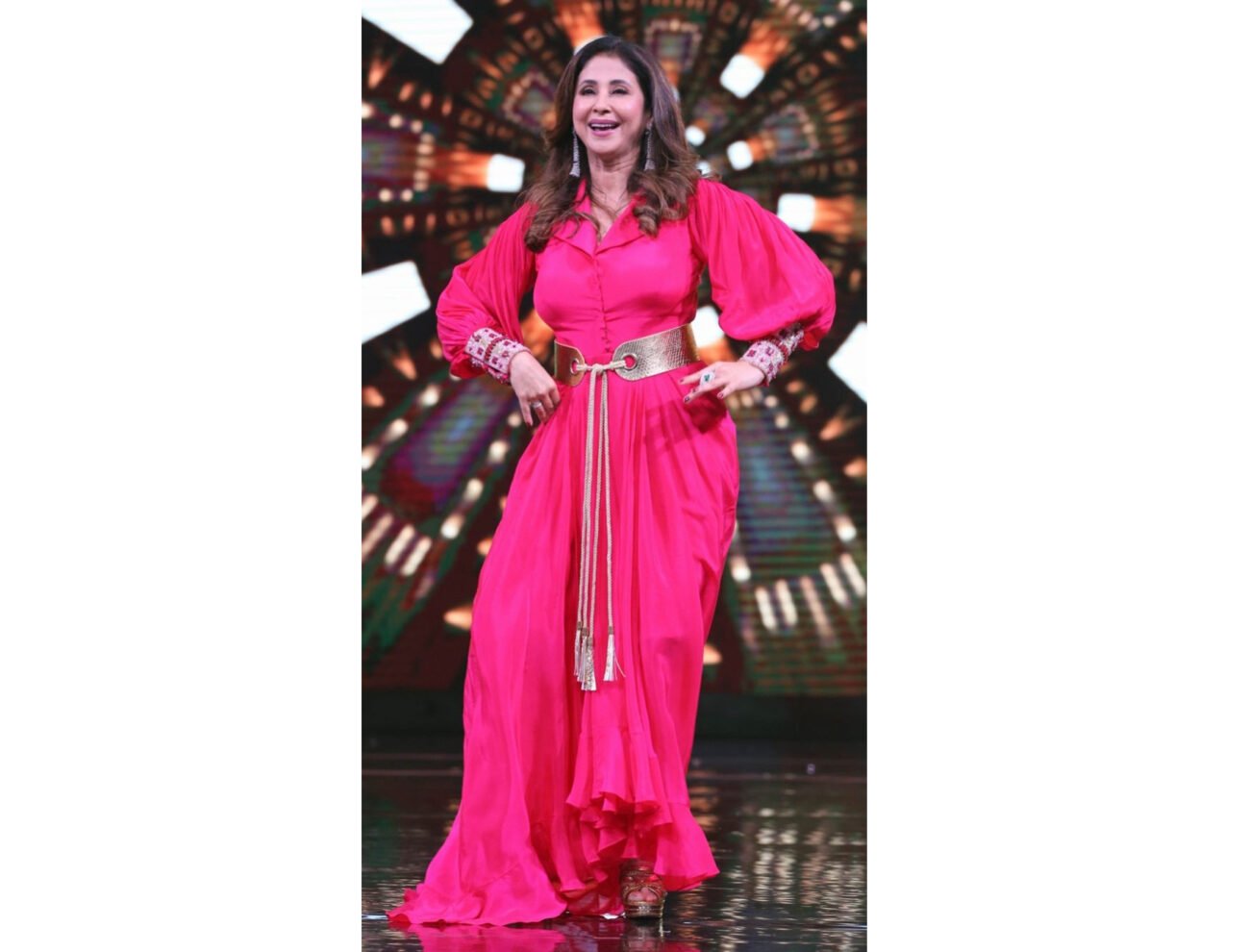 MUMBAI (IANS) – Urmila Matondkar revealed how she got scratches on her body because she had to wear extremely heavy jewelry of about 15 kgs for the ‘banjaran’ look in the song ‘Chamma Chamma’ and she did not have enough time to even rehearse with it.

Urmila appeared as a special guest on the singing reality show ‘Sa Re Ga Ma Pa’.

During the episode, Urmila was stunned after looking at the performance of contestant Ananya on the famous dance track ‘Chamma Chamma’ from 1998 film ‘China Gate’, sung by Alka Yagnik and picturized on Urmila Matondkar.

Talking about the song, Urmila praised the contestant and recalled one of the anecdotes related to the song

She mentioned : “Your performance was amazing. Interestingly, it reminded me of an incident while we were shooting for it. When we did a look test for this particular song, Rajkumar Santoshi Sir asked me if this jewelry was too much to handle.”

“He also asked me if I would like to change a bit or maybe reduce some pieces of jewelry because he was not very keen on changing the steps of the song. However, I told him I will manage with the jewelry as it is really important to maintain that banjaran look in the song,” added Urmila.

While host Aditya Narayan also shared how he was such a massive fan of this song that he bought a stall ticket at one of the local theatres to watch this song on the big screen.

Urmila further added: “I was informed about the steps and everything just one night before the shoot and I wasn’t ready to shoot for the song the very next day. However, I still went ahead and during the first shot for the song I got badly hurt by the earrings that I was wearing, I still remember it very clearly.”

“And when the shoot was finally over, I could see so many scratches on my body I can’t even tell you, because I had to wear jewelry of about 15 kilograms. The point is that we had put in a lot of effort to make this song, which is now one of the most iconic ones and we were so happy that all our hard work paid off,” she concluded.