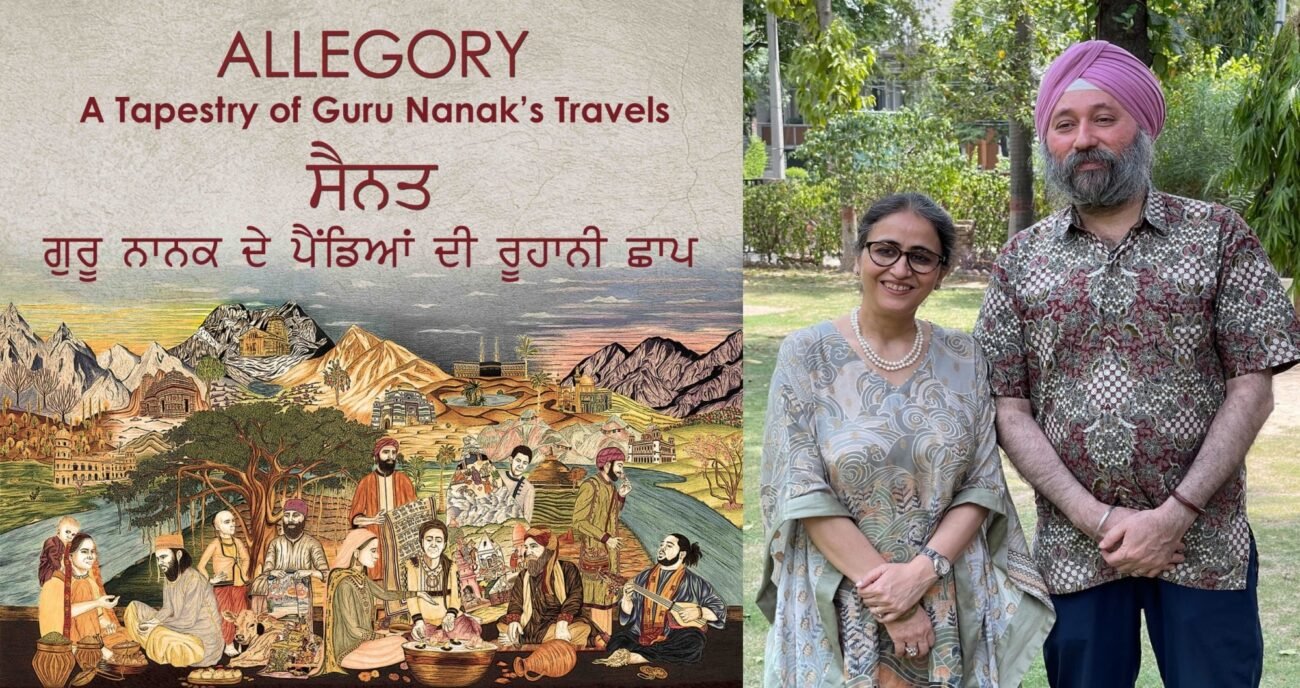 CHANDIGARH, (IANS) – The Punjabi version of the English series on the iconic travels of Guru Nanak Dev across the distant lands of Pakistan, Afghanistan, Iran, Iraq, Saudi Arabia, Tibet, Bangladesh, India, and Sri Lanka has been released by the Singapore-based couple Amardeep Singh and Vininder Kaur.

To carry forward the legacy of Guru Nanak Dev, the couple took the road less travelled and created the Punjabi docuseries, which chronicles the vast expanse of multi-faith sites visited by Guru Nanak Dev for spiritual dialog.

The series is freely available on https://thegurunanak.com

The English version of this docuseries was released in September 2021 under the title “Allegory, A Tapestry of Guru Nanak’s Travels”.

It has been filmed in over 150 multi-faith sites in nine countries where Guru Nanak Dev had travelled in the 15th century during a 22-year-long spiritual quest.

“In a world that is so fragile and volatile, there has never been a better time to understand why Guru Nanak Dev travelled for 22 years to share his experiential wisdom and propagate the oneness of humankind,” said Amardeep Singh.

“Over 260 verses of Guru Nanak Dev rendered in the Raags to invoke critical thinking is the foundation of this docuseries. In addition, narratives of 14 saints from across the sub-continent, contemporaries and predecessors of Guru Nanak Dev, whose verses are enshrined in the Guru Granth Sahib have been presented in the docuseries,” said Vininder Kaur.

Aided by the analytical study of the oldest biographies of Guru Nanak Dev and supported by the allegoric messages in Guru Nanak Dev’s verses, the team spent over three years in research and filming all multi-faith sites in the geographies visited by Guru Nanak Dev.

Thereafter, it has taken them over two years to edit the data to create the 24-episode docuseries.

For Amardeep and Vininder, every moment in Guru Nanak Dev’s footsteps has been philosophically liberating. It encouraged them to challenge their own conditioning, unlearn, re-learn, and assimilate the beauty of unity in diversity.

“We are seeking community support for this non-commercial endeavor to also produce the Hindi, Shahmukhi and Urdu versions of the docuseries. We would love to collaborate with like-minded people to spread the message of positivity and harmony across the globe,” Amardeep added.

While providing a sneak-peek into their illustrious expedition, Amardeep added, “We travelled from the deserts of Mecca in Saudi Arabia to Mount Kailash in Tibet, explored remote regions of perilous Afghanistan, experienced the scorching heat in Iraq, scaled the arid Baluchi mountains in Pakistan, and sailed across the waters of the Indian Ocean to disembark in Sri Lanka.

“Not only this, but we also blended with the Persian culture in Iran, crossed the delta region in Bangladesh and mapped all the four directions in India.”