HomeIndiaIndia and the worldUS, China Face-Off in Nepal over $500 Million US Grant 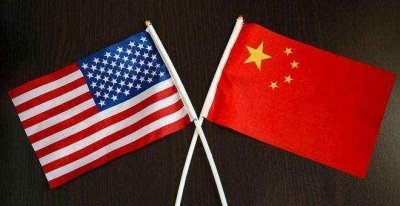 KATHMANDU (IANS) – India’s small Himalayan neighbor, Nepal, has been caught in diplomatic wrangling between the US and China, over a $500 million US grant to Nepal.

After Nepal delayed in ratifying the US aid in Parliament, a senior US State Department official had warned that the US will force a review of its ties with Nepal if Kathmandu fails to ratify the grant under the Millenium Challenge Corporation. And now Kathmandu is witnessing violent protests everyday, particularly by Communist parties, against the American aid.

On Feb.18, China accused the US of employing “coercive diplomacy” against Nepal.

Some media and civil society members in Kathmandu are accusing China of fueling anti-American protests in Kathmandu.

At a regular press briefing in Beijing, Chinese Foreign Ministry spokesperson protested against what it called “coercive diplomacy” by the US in Nepal, and said “China will support the Nepali side in making the right choice that conforms to national interests and reflects the will of the people”, referring to MCC.

A journalist had sought China’s views on MCC in Nepal while reminding the recent US State Department statement that Nepal needs to decide on MCC before February 28 or else US-Nepal diplomatic relations would not remain the same.

Nepal Prime Minister Sher Bahadur Deuba is in favor of ratifying the MCC in the House, but chairman of the CPN (Maoist Center), Pushpa Kamal Dahal, and other ruling party leaders are dead against any such move.

“As a friendly neighbour and development partner of Nepal, China will, as always, support the Nepalese people in choosing their own development path, support the Nepali side in making the right choice that conforms to national interests and reflect the will of the people, and continue to provide support to the best of its ability for Nepal’s economic and social development,” the Chinese foreign spokesperson said.

Meanwhile, following violent protests against the MCC in the country of late, US Ambassador to Nepal, Randy Berry, said that any activity that incites violence is not acceptable to the US.

“We are a strong supporter of free speech and public discourse based on facts, including on MCC. The right to express one’s views is intrinsic to democracy, and people must be allowed to peacefully share their views. Violence and incitement to violence are never acceptable,” the US Embassy said in a Facebook post.

The US statement comes amid differing views over MCC ratification among the political parties and demonstrations being held every day, leading to a bomb blast in one of such protest.