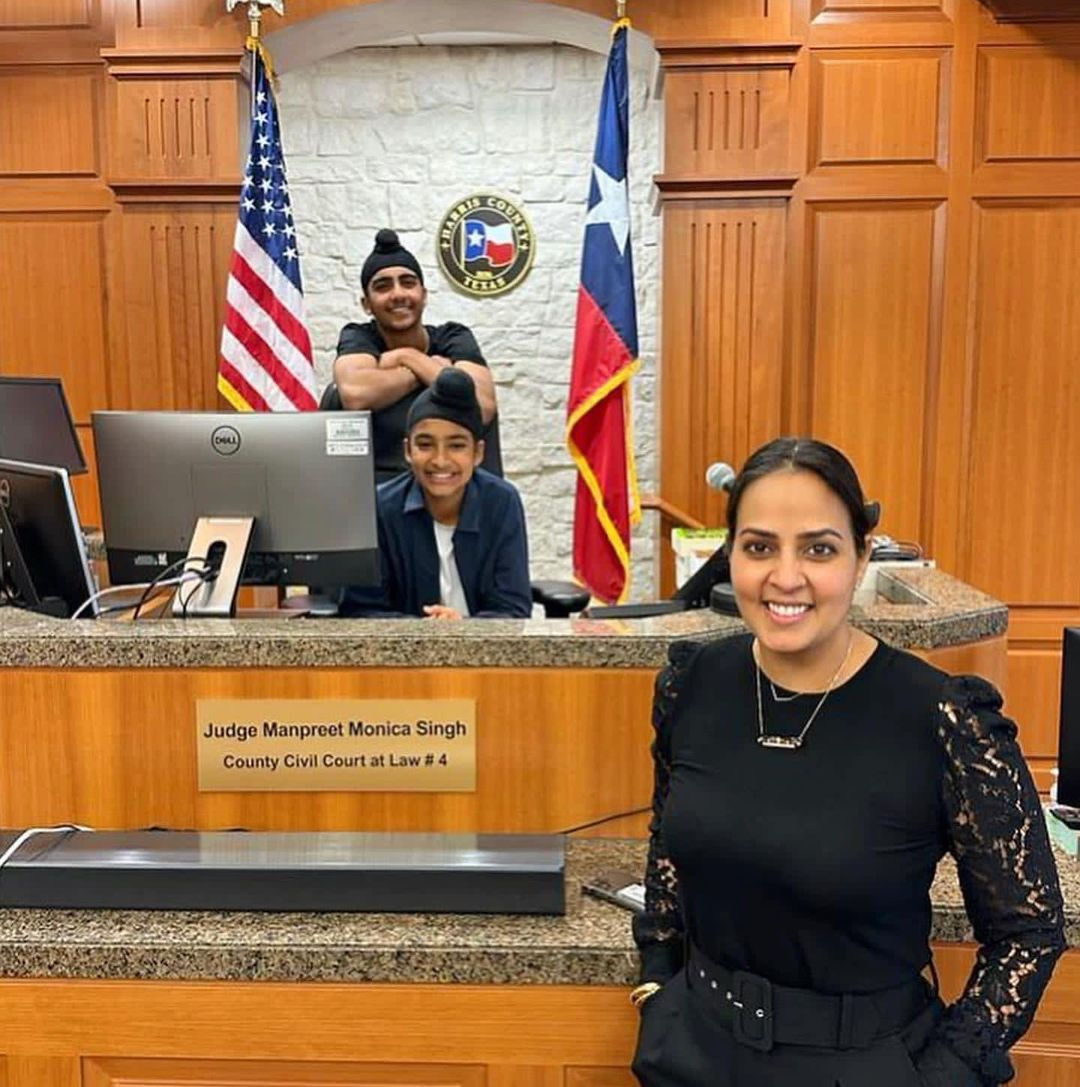 HOUSTON, TX – Indian American Manpreet Monica Singh was sworn in on January 6 as a Harris County judge, becoming the first female Sikh judge in the US.

“It means a lot to me because I represent H-town (a nickname of Houston) the most, so for it to be us, I’m happy for it,” she said at the oath ceremony.

Indian American Judge Ravi Sandill, the state’s first South Asian judge, presided over the ceremony, which took place in a packed courtroom. “It’s a really big moment for the Sikh community,” Sandill said. “When they see someone of color, someone a little different, they know that possibility is available to them. Manpreet is not only an ambassador for Sikhs, but she’s an ambassador for all women of color,” he said.

Singh’s father immigrated to the US in the early 1970s. She was born and raised in Houston and now lives in Bellaire with her husband and two children.

A trial lawyer for 20 years, she has been involved in numerous civil rights organizations at the local, state, and national levels.