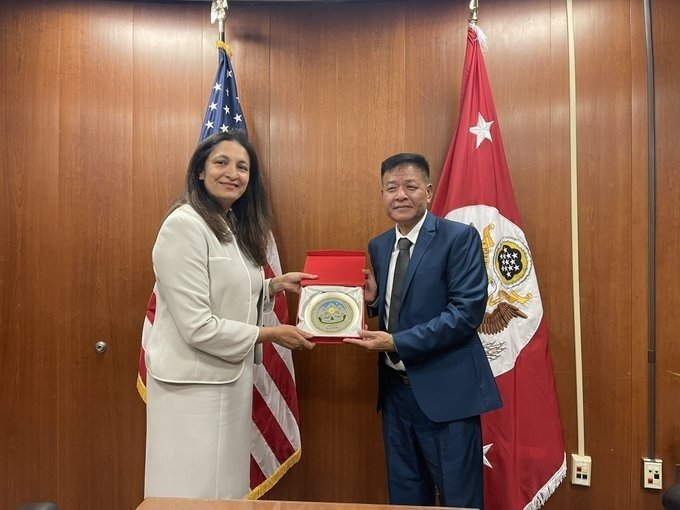 DHARAMSALA, (IANS) – The US Special Coordinator for Tibetan Issues, Uzra Zeya is in India and is expected to meet the Dalai Lama, as well as officials of the government-in-exile headquartered in this northern hill town of Himachal Pradesh on May 18, the first major step in American policy to initiate a dialog between Beijing and the spiritual leader.

Also, the high-profile meeting, the first since the Indian American became the Biden administration’s point person on Tibet in December 2021, is seen in the administration in exile a crucial step to pressure China to respect the human rights of the people in Tibet, who are facing extinction of their unique religious, cultural, and linguistic identity under China’s a repressive rule for over six decades.

A statement by the US Department of State said: “Under Secretary for Civilian Security, Democracy, and Human Rights and US Special Coordinator for Tibetan Issues Uzra Zeya will travel May 17-22 to India and Nepal to deepen cooperation on human rights and democratic governance goals, and to advance humanitarian priorities.

In a tweet on her arrival, Zeya wrote, “Namaste! Great to be back in New Delhi. Look forward to discussions on advancing #USIndia shared values of human rights, humanitarian support, and democratic governance.”

During his campaign, President Joe Biden had promised to “work with our allies in pressing Beijing to return to direct dialog with the representatives of the Tibetan people to achieve meaningful autonomy, respect for human rights, and the preservation of Tibet’s environment as well as its unique cultural, linguistic and religious traditions”.

For Tibetans in Tibet, conditions remain grave. Under China’s occupation, Tibet is now the least-free country on the earth in a tie with South Sudan and Syria, according to the watchdog group Freedom House.