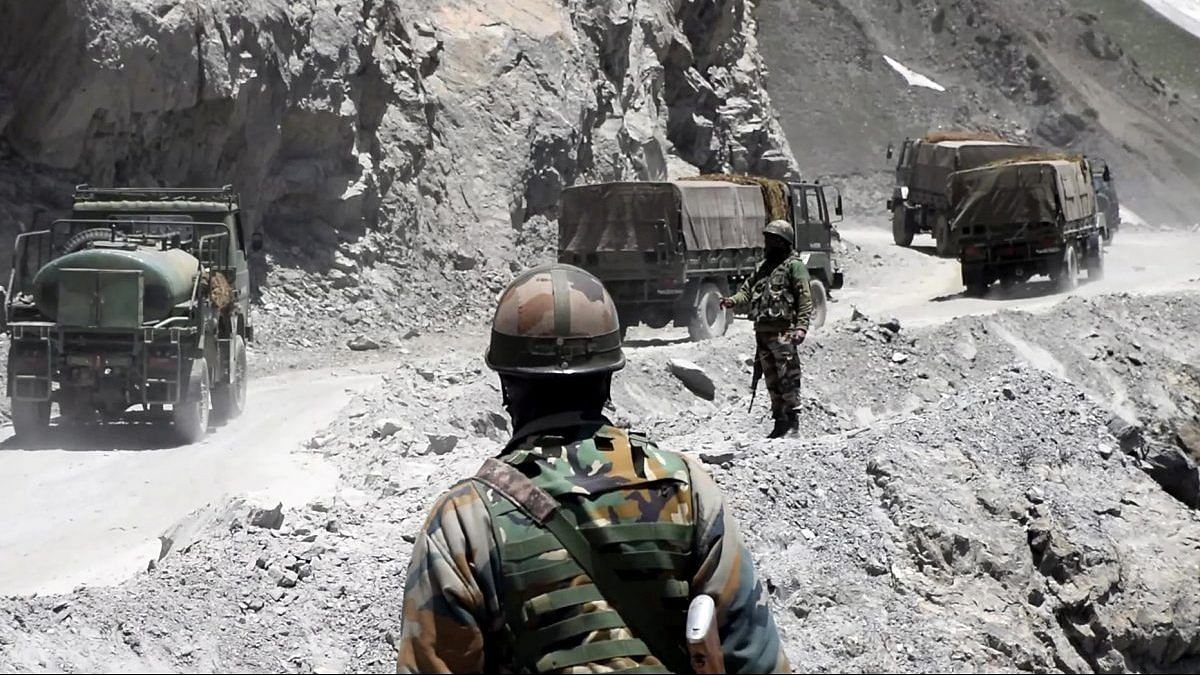 The US has gently let it be known that the same international rules apply; the Ukraine situation is similar to China’s transgressions on the India border. Above: troops getting deployed on the India-China border. (ANI file photo)

NEW YORK, NY (IANS) – With India remaining neutral on the face-off between Washington and Moscow over the Russian troop build-up near the Ukraine border, US State Department spokesman Ned Price has issued a gentle reminder to New Delhi that it too faces a situation that parallels Kiev’s.

New Delhi is committed to a “rules-based” international order that applies to Europe as much as to the Indo-Pacific, Price said on Feb.17 skirting a question on whether India fully supports the US position on the Ukraine-Russia situation.

One of the tenets of the rules-based international order “is that borders cannot be redrawn by force, that large countries cannot bully small countries; that only the people of a particular country can be in a position to choose their foreign policy, their partnerships, their alliances, their associations”, he said at his briefing.

“Those are principles that apply equally in the Indo-Pacific as they do in Europe,” he emphasized.

It sounded like he was drawing India’s attention to the situation that it faces with China.

In violation of a rules-based international order, India’s bigger neighbor China has seized some of its territories, built up troops menacingly along the border, and supported separatists in Kashmir, just as Russia has seized Crimea from Ukraine, backed separatists in Donbas and moved troops to areas near its borders.

In a dilemma over realpolitik and principle, India has tried to stay neutral in what has become a confrontation between Russia and the US, which has asserted that an invasion of Ukraine was imminent and Moscow was deploying troops near its border in preparation for it.

New Delhi has called for a diplomatic solution to the situation but has not criticized Russia or joined the threats of sanctions against it from the US and its allies.

India abstained on a procedural vote in the UN Security Council last month on a proposal from the US to discuss the Ukraine situation.

Price made the remarks without directly answering a question if secretary of state Antony Blinken got the impression during his meeting with External Affairs minister S. Jaishankar that India fully supported the US position on Russia in the context of the situation with Ukraine.

At the meeting in Melbourne between Blinken and Jaishankar “there was a discussion of Russia and Ukraine in the context of the Quad meeting that we had with our Indian counterparts, our Japanese and Australian allies”, Price said.

“There was a strong consensus in that meeting that there needs to be a diplomatic e a peaceful resolution to this. One of the core tenets of the Quad is to reinforce the rules-based international order, and that is a rules-based order that applies equally in the Indo-Pacific as it does in Europe, as it does anywhere else.”

But the joint statement issued after the Quad meeting with Foreign Ministers Yoshimasa Hayashi of Japan and Marise Payne of Australia was silent on Ukraine.

The US, along with Australia and Japan, seemed to have recognized India’s dilemma dropped mention of the Ukraine crisis and Russia’s role while making a generic statement: “Quad partners champion the free, open, and inclusive rules-based order, rooted in international law, that protects the sovereignty and territorial integrity of regional countries.”

A readout given by Price soon after the bilateral meeting between Jaishankar and Blinken in Melbourne said that they discussed cooperation on “diplomatic efforts in response to Russian aggression”.

One of the dilemmas for India is its historic ties with Russia in diplomacy and defense. Moscow continues to be its biggest arms supplier.

Long before it drew closer to the West and the Western nations recognized India’s strategic value, Russia was its main source of diplomatic support.

But the historic ties with Moscow also has to be weighed against Russia and China closing ranks, more tightly lately as both those countries face Western pressures, and what it could mean for India in the future given that both those countries have parallel territorial ambitions and aggressive behaviour patterns.

The US has been trying to line up countries in a pre-emptive move against Russia that includes denouncements of Moscow at the diplomatic level and commitments to impose sanctions on it if there was an invasion.

India’s neutrality is in contrast to the other Quad members joining the US. Australia already issuing some sanctions against Russia and Japan condemning Moscow and saying it would impose sanctions if there was an invasion.

India had appeared to be unconvinced of an imminent invasion of Ukraine that the US and Britain have been predicting, but this week India joined the US in calling for its citizens to leave Ukraine.

Blurring the picture, Ukraine President Volodymyr Zelentsky has called for calm saying he had not seen evidence of an impending attack and walked back a prediction of an invasion on Wednesday e which did not happen e with his aides asserting that he was only repeating media reports.

Others like UN Secretary-General Antonio Guterres have said that they did not think Russia would invade its neighbour.

Russia said this week that it was moving away the troops that it had brought to areas near the Ukraine border, but the US and NATO have disputed that.

At his briefing on Wednesday, Price was also asked if the possibility of sanctions under US laws against India for buying the Russian Triumf S-400 missile defense system figured in the Melbourne meeting between Jaishankar and Blinken.

“There was a discussion of our broad defense relationship, but I wouldn’t want to characterize it beyond that.”