HomeAmericasIndo AmericaUS will Stand by India as it Faces Threats From China: Austin

US will Stand by India as it Faces Threats From China: Austin 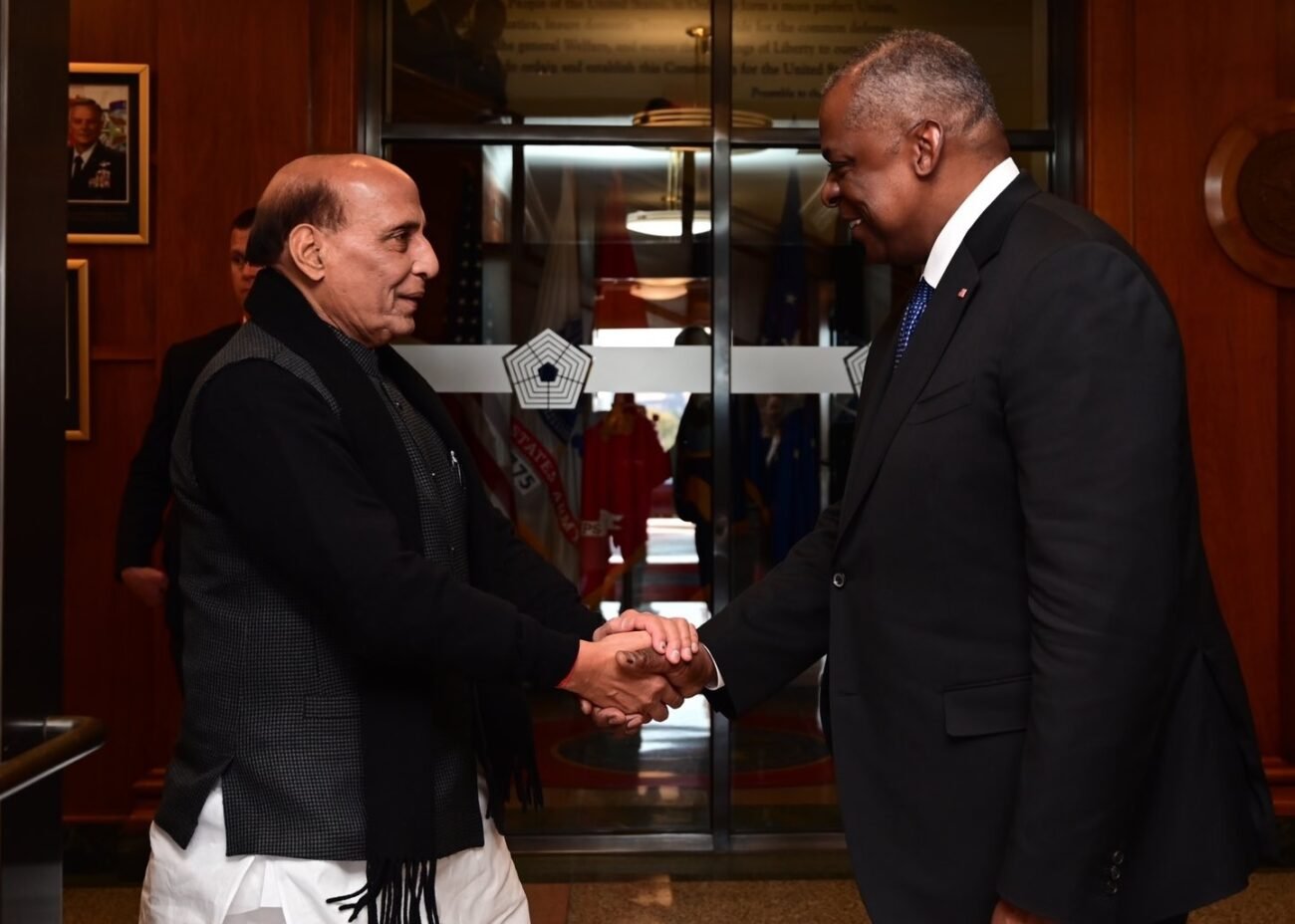 US will Stand by India as it Faces Threats From China: Austin

WASHINGTON, DC (IANS) – Defense Secretary Lloyd Austin assured India on April 11 that the US will continue to stand by it in the face of threats from China.

Austin said: “Beijing is eroding the security of the Indo-Pacific region from its construction of dual-use infrastructure along your border to its unlawful claims in the South China Sea, and we will continue to stand alongside you as you defend your sovereign interest.”

He said that they were meeting “at a critical moment in the US-India defense partnership”.

Austin said: “Our partnership is based on a shared vision of a free and open Indo-Pacific region, one grounded in principles such as the rule of law and national sovereignty. We’re facing urgent and mounting challenges to this shared vision.”

“China is attempting to challenge and undermine the sovereignty of its neighbors,” he said.

Rajnath Singh did not mention China or Russia in his response, which was in Hindi with English language interpretation.

He said that “our visit here shall take India-US comprehensive strategic partnership to the next level”.

Austin also referred to the Russian invasion of Ukraine, currently the prime concern of the US.

“Beijing is not alone in its efforts to undermine the security of its neighbors and to change the status quo by force.

“Russia’s invasion of Ukraine and the humanitarian devastation that it has created are blatant attempts to undermine the international order that is grounded in the rules and the principles that we share,” he said.

“Just as India’s leadership is central to this rules-based order, so, too, is the US-India defense partnership and our collaboration with like-minded partners,” Austin added.

“We now coordinate along — alongside each other across the Indo-Pacific region and across domains, which is truly extraordinary, and we are committed to working seamlessly with you across new and emerging domains, including space and cyberspace,” he said.

Austin’s reference to China’s “construction of dual-use infrastructure” was about Beijing’s projects in the countries surrounding India that could fall into its hands as has happened with a Sri Lankan port that Colombo handed over to China on a 99-year lease unable to keep up loan payments.