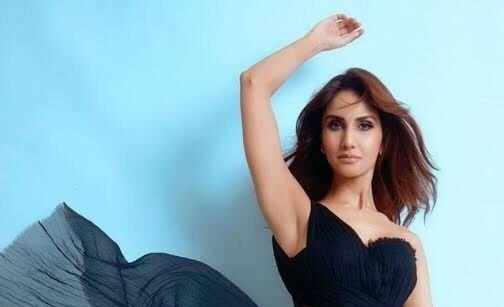 MUMBAI – Vaani Kapoor, who has been getting rave reviews for essaying the role of a trans-woman in ‘Chandigarh Kare Aashiqui’, hopes the film will strengthen future representation of the transgender community on screen.

Vaani hopes no ‘cis-het’ actor ever plays a trans character on screen which rightfully belong to trans actors.

The actress says, “For me, when ‘Chandigarh Kare Aashiqui’ came to me, I was blown away by the script because it sensitively spoke about the need for inclusivity but told the story in the most engaging way possible.”

Praising her director, she says, “Hats off to Abhishek Kapoor for making a film that is accessible for people and can appeal to every human being, in every part of the country. We have to first pull in people to watch such films so that they can ponder over what we are trying to say and that, I believe, can hopefully aid in changing society at large.”

She continues, “I hope the impact of ‘Chandigarh Kare Aashiqui’ is in enabling future films and producers so that representation of transgender people playing such roles is achieved. I hope that after this film no cis-het actress ever plays the role of a trans-woman and we can cast people from the community to play such roles.”

She adds, “That was the aim of ‘Chandigarh Kare Aashiqui’ right from the start because to change the mindset that has been prevalent for so long, you have to engage with people en masse and tell them about the importance of celebrating individuality and the freedom to choose one’s gender.”

Sharing how the intent of the film drove her to take the plunge, the actress says, “I didn’t think that I would be perceived as brave if I did this film. As an actor, I have only tried to do good work and be patient to find scripts that enable me to become a reliable credible actor.”

“Today, I feel validated that I chose a film that has started an important conversation about our society and told us to look inwards and dissect the gaze with which we address the issues of the transgender community in our country,” she concludes.