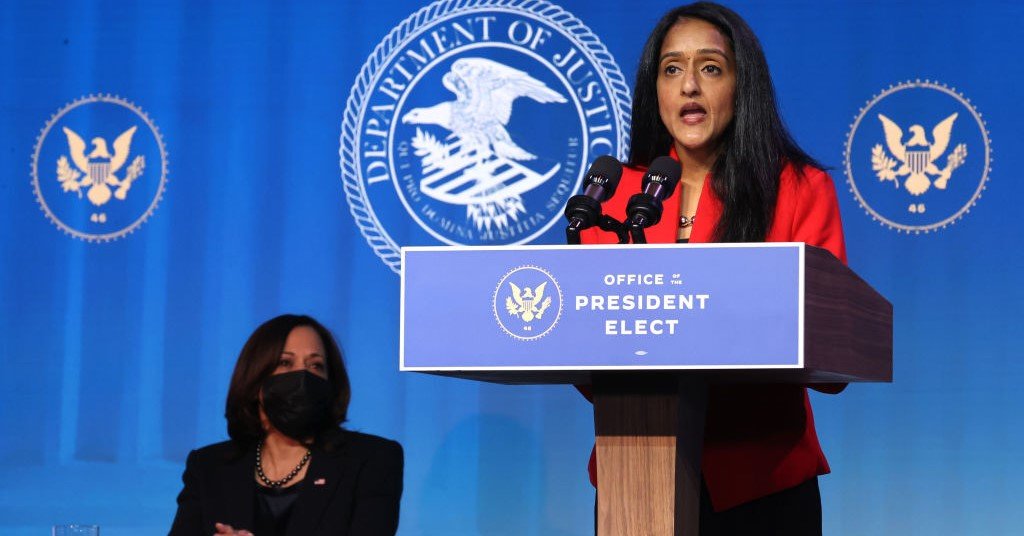 WASHINGTON – The Senate April 21 confirmed Vanita Gupta to serve as Associate Attorney General of the United States, making her the first Indian American to serve in this role.

According to CNN, the Senate confirmed Gupta to be associate attorney general in a narrow 51-49 vote after Sen. Lisa Murkowski joined with Democrats in support of President Joe Biden’s Justice Department nominee. Vice President Kamala Harris was on hand for a procedural vote April 21 morning in case she was needed for a possible 50-50 tie, but her vote wasn’t necessary after Murkowski, a moderate Republican from Alaska, broke with her Republican colleagues to back Gupta.

Murkowski explained her support for Gupta on the Senate floor, saying she was troubled by some of Gupta’s statements but decided to back her confirmation following a lengthy conversation with the nominee, CNN reported.

“I asked her point-blank, ‘Why do you want this? Is this worth it?’ Because this has clearly been very hard on her as a nominee,” Murkowski said. “And she paused and reflected a moment, and just spoke to how she feels called to serve in a very personal way that I thought was impactful.”

“I am going to give the benefit of the doubt to a woman who I believe has demonstrated throughout her professional career to be deeply, deeply committed to matters of justice,” she added.

Gupta has served in the Justice Department’s Civil Rights Division under the Obama administration.

According to a report on npr.org, Majority Leader Chuck Schumer, D-N.Y., called Gupta’s confirmation “very good news for the forces of equality and justice in the country.”

Speaking on the floor of the Senate, Schumer said, “Not only is Ms. Gupta the first woman of color to ever be nominated to the position, she is the first civil rights attorney ever to be nominated to the position,” adding, “That’s shocking, really. We never have had a former civil rights attorney serving in such a position of prominence at the Justice Department.”

The Senate vote, said npr.org, marked the culmination of a contentious confirmation process for Gupta, who nearly saw her nomination derailed by Republican criticism of her advocacy for progressive policies, as well as her past criticism of former President Donald Trump during her time as head of the Leadership Conference on Civil and Human Rights.

During her confirmation hearing, Gupta apologized for any “harsh rhetoric” she has used against Republicans, but nonetheless struggled to win GOP support.

NPR noted that Gupta will return to the Justice Department at a moment when it is recommitting itself to increased federal oversight of police departments.

Gupta is expected to play a leading role in the department’s work to police the police.

According to NBC News, President Joe Biden praised Gupta in his remarks April 20 night following the conviction of Derek Chauvin for the murder of George Floyd.