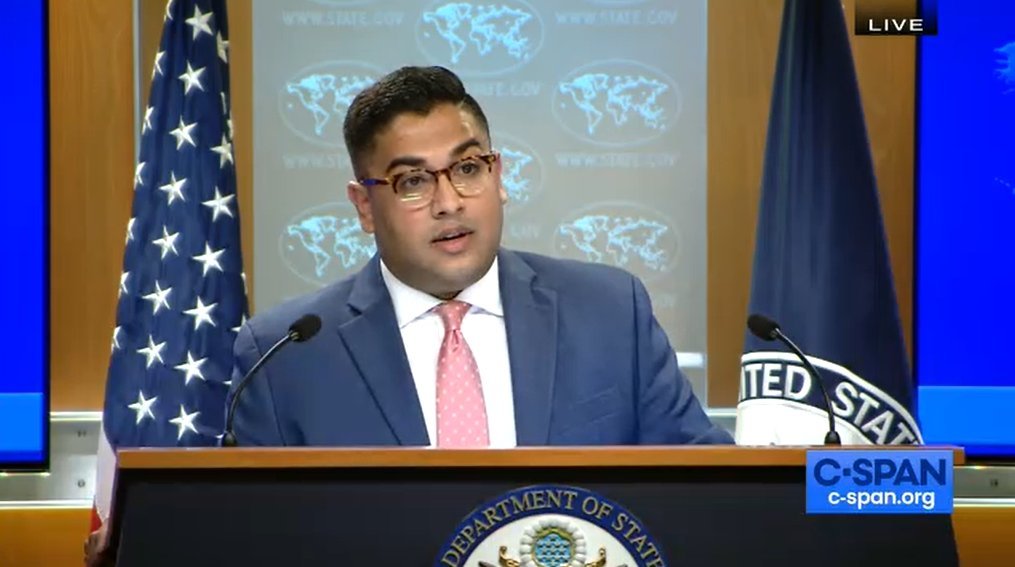 State Department Spokesperson Ned Price is on vacation and Patel was filling in for him.

He covered topics ranging from Russia’s unlawful invasion of Ukraine, negotiations around the JCPOA and Liz Truss becoming the Prime Minister of the United Kingdom.

His debut was lauded by Matt Hill, Senior Associate Communications Director at the White House. “Representing the United States on the world stage is a huge responsibility, and Vedant did it with the utmost professionalism and clear communication,” Hill tweeted.

The 33-year-old Patel, born in Gujarat, is a graduate of the University of California, Riverside, and was an Assistant Press Secretary and Spokesperson in the White House. He has worked as Communications Director to Congresswoman Pramila Jayapal and Congressman Mike Honda who was challenged by current Congressman Ro Khanna.